As the private transportation sector shifts focus to batteries, biofuels, and green hydrogen, fossil fuel stakeholders have been seeking new avenues of revenue in the petrochemical industry in general, and in plastics in particular. That’s bad news for a world already swimming—literally—in plastic pollution. Product manufacturers and other upstream forces could reverse the petrochemical trend, but only if they—along with policymakers, voters, and consumers—continue to push for real change beyond the business-as-usual strategy of only advocating for post-consumer recycling.

Some signs of change are beginning to emerge. Public awareness is growing over the plastic pollution crisis, including the area of microplastics. A study commissioned by the World Wildlife Fund in 2020 found 86 percent of consumers in the United States were willing to support measures to cut down on plastic pollution, such as single-use plastic bag bans and increased recycling. Private sector efforts to reduce plastic packaging are also beginning to take effect.

However, these trends won’t necessarily lead to a global slowdown in plastic production or use, let alone a reversal. The United States, for example, is both a leading producer of plastic and the largest source of plastic waste in the world. The OECD estimates that, under a “business-as-usual” scenario, plastic waste will triple globally by 2060. Petrochemical producers are also eyeing growing markets in Asia and Africa.

One key driver that is fueling plastic production is the increased availability of low-cost natural gas in the U.S., which was a result of the George W. Bush administration’s successful efforts to lift Clean Water Act protections on shale gas operations, resulting in “billions of gallons of toxic frack fluid from being regulated as industrial waste,” according to Greenpeace USA. By 2018, the shale gas boom of the early 2000s was credited with stimulating a decade-long petrochemical buildout in the U.S. totaling 333 chemical industry projects since 2010, with a cumulative value of $202.4 billion. Of interest from a global perspective, almost 70 percent of the financing was from direct or indirect foreign sources.

Another driving force on the supply side is the shift from crude oil (petrol) to oil for plastic production, a trend fostered in part by a glut of ethane produced by the fracking boom. The decarbonization of the transportation sector does not necessarily slow down crude oil production to refineries. “As traditional demands for oil—vehicle fuels—are declining as the transport sector is increasingly electrified, the oil industry is seeing plastics as a key output that can make up for losses in other markets,” noted a November 2021 article in the Conversation. Consequently, refiners are becoming more dependent on the petrochemical market.

The impacts of plastic production and waste are already manifold, from the local destruction and greenhouse gas emissions caused by oil and gas drilling and refinery operations to the ever-increasing load of plastic waste in the environment including microparticles in the air, water, soil, food supply, and ultimately in the human body.

Plastic is also a major threat to wildlife, and in particular, marine species, as so much plastic waste ends up in the world’s oceans. Unless we take concrete steps and “change how we produce, use and dispose of plastic, the amount of plastic waste entering aquatic ecosystems could nearly triple from 9-14 million… [metric tons] per year in 2016 to a projected 23-37 million… [metric tons] per year by 2040,” according to the United Nations Environment Program.

Fossil energy stakeholders have long touted a downstream solution to reduce plastic pollution—namely, recycling. The generations-long failure of this strategy is all too obvious: As the United Nations Environment Program points out, “Of the seven billion tonnes of plastic waste generated globally so far [since the 1950s], less than 10 per cent has been recycled.” Despite recent advances in recycling technology, the amount of recycled plastic in the production stream mostly remains pitifully low across the world. Nations with lax environmental regulations—mainly poor countries—have become destinations for mountains of mismanaged plastic waste, in addition to bearing the weight of pollution related to plastic processing.

Recycling is still important, but the resolution of the plastic crisis requires swift and practical action several steps upstream, at the seats of source and demand.

Absent the political will to turn off the plastic spigot at the source, the task is left to supply chain stakeholders and individual consumers.

That is a monumental task, but not an insurmountable one. The rapid evolution of the renewable energy industry illustrates how the global economy can pivot into new models when bottom-line benefits are at play, along with policy goals and support from voters, consumers, and industry stakeholders.

In terms of reducing upstream consumption of petrochemicals, consumer sentiment can influence supply chain decisions, as demonstrated by three emerging trends that can drive the market for more sustainable products and packaging.

One trend is the growing level of public awareness of the ocean plastic crisis. Images of plastic-entangled turtles and other sea creatures can spark an emotional charge that gets more attention from consumers than street litter and landfills. The tourism, hospitality, and fishing industries are also among other stakeholders that have a direct interest in driving public awareness of ocean plastic.

In a related development, the public awareness factor has rippled into the activist investor movement, which is beginning to focus attention on the financial chain behind the petrochemical industry. In 2020 the organization Portfolio.earth, for example, launched a campaign on the role of banks in financing petrochemical operations.

The second trend that is gaining momentum is related to new recycling technology that enables manufacturers to replace virgin plastics with waste harvested from the ocean. However, this circular economy model must be implemented from cradle to grave and back again in order to prevent waste from ending up in the ocean, regardless of its content.

In a similar problem-solving vein, new technology for recycling carbon gas can provide manufacturers with new opportunities to build customer loyalty through climate action. The company LanzaTech provides a good example of growth in the area of recycling carbon. The company’s proprietary microbes are engineered to digest industrial waste gases or biogas. The process yields chemical building blocks for plastics as well as fuels. Other firms in this area are also harvesting ambient carbon from the air to produce plastics and synthetic fabrics, among other materials.

The problem is that all of these trends are only just starting to emerge as significant forces for change. In the meantime, fossil energy stakeholders have no meaningful incentive to pivot toward supporting a transition out of petrochemicals, let alone a rapid one.

In fact, for some legacy stakeholders, the renewable energy field appears to be an exercise in greenwashing. Shell is one example of an energy company that touts its wind and solar interests while expanding its petrochemical activities. An even more egregious example is ExxonMobil, which continues to publicize its long-running pursuit of algae biofuel, an area that is still years away from commercial development.

Until policymakers, voters, and consumers exercise their muscle to reduce plastic pollution at the source, the petrochemical industry will continue feeding the global plastic dependence regardless of the consequences for public health and planetary well-being.

This article first appeared on Truthout and was produced in partnership with Earth | Food | Life, a project of the Independent Media Institute. 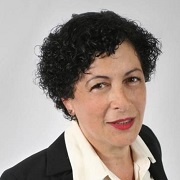 Tina Casey has been writing about sustainability, the global energy transition, and related matters since 2009. She is a regular contributor to CleanTechnica and TriplePundit, where she also focuses on corporate social responsibility and social issues.