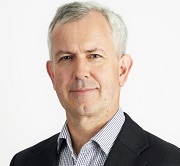 Andrew Gimson is a writer and journalist who contributes to many different publications. His acclaimed life of Boris Johnson, Boris, described by Michael Crick as 'my biography of the year', first appeared in 2006 and was reissued and updated on numerous occasions. He is also the author of Gimson's Kings and Queens, Gimson's Prime Ministers and Gimson's Presidents.

The following experts adapted from the author’s latest book, Boris Johnson: The Rise and Fall of a Troublemaker at Number 10, published by Simon & Schuster, Inc.

On the morning of Tuesday 7 April 2020, I was commissioned by the Daily Mail to write Boris Johnson’s obituary. At 7 p.m. on Monday evening the prime minister had been admitted to the intensive care unit at St Thomas’ Hospital, and nobody knew whether he would pull through. Death laid its icy hand on him, and opinion polls show he received greater public approval and sympathy than at any time before or since. For a few days Johnson was no more the hated Brexiteer, unscrupulous populist and brazen liar, but a fellow human being, equal with any other victim of the pandemic, mortal like the rest of us.

Your eye may have slid smoothly over the last phrase, but you, dear reader, will die soon enough, as will the author of this book. The glories of our blood and state are shadows, not substantial things. So says the poet, and I have tried while writing about Johnson, as insatiable a glory-seeker as our times can show, to bear in mind that he is also a man.

But an extraordinarily difficult man to write about. When I asked my children, then aged twenty-five, twenty-one and nineteen, if I could dedicate this book to them, provided I put in a line about their having slight reservations about Johnson, one of them replied: ‘Only if you say we think he’s a vile, disgusting human being.’ Boris Johnson inspires in many people a profound and implacable aversion; in many others the warmest affection and support. I do not aspire to change anyone’s mind about him: that would be a vain endeavour. But I do hope, perhaps just as presumptuously, to write a book which partisans on both sides will reckon is fair, and can read with amusement.

A great, maybe insoluble problem at once arises. As soon as I start to explain why Johnson has not, at certain times in his career, been a total failure, I open myself to the charge of seeking to ignore or extenuate his faults. But any sympathy that I extend to him (and I do not think he can be understood without a degree of sympathy) is liable to be dismissed by his admirers as pitifully inadequate.

There was no time to worry about all that while writing his obituary for the Daily Mail, which at a time of national shock and mourning would expect, I assumed, an account which at least ended on a relatively favourable note. This, roughly speaking, is what I sent them:

Boris Johnson loved the Chumbawamba song, ‘I get knocked down, but I get up again. You’re never going to keep me down.’ He was often knocked down, but until his life was cut short by Covid-19 always got back up again. Johnson was far less cautious than the usual run of career politician, took risks which onlookers regarded as mad, but came back from blows which would have crushed a less resilient figure.
On entering the Commons in 2001 as MP for Henley, he decided, in defiance of all prudent advice, to remain editor of The Spectator. Senior politicians and pundits warned him that riding two horses was bound to end in tears. He defied their predictions, and at first all went well. He became more and more famous, and at the start of September 2004, Vanity Fair billed him as ‘the Tory MP who could one day be Britain’s prime minister’.

Michael Woolf, who wrote that magazine’s profile, likened him to two famous actors who had gone into politics: ‘He is, it occurs to me, as he woos and charms and radiates good humour, Ronald Reagan. And Arnold Schwarzenegger… He is, I find, inspirational.’ No other Conservative MP could have been compared to Reagan, one of the most successful (though at first derided) post-war American presidents, or to Schwarzenegger, then serving as governor of California. Johnson had an astounding ability to connect with the wider public. He had star quality, and the Conservatives began to think he might be the leader who could end Labour’s decade of success under Tony Blair.

In the summer of 2004 I started work on my first volume about Johnson, published in 2006 and updated in 2007, 2008, 2012 and 2016. As recounted in the introduction to that work, he was at first tremendously keen on the idea of a book all about him (‘Such is my colossal vanity that I have no intention of trying to forbid you’), but then got cold feet (‘Anything that purported to tell the truth really would be intolerable’) and offered me £100,000 to abandon the project, which I, annoyed by his assumption that I could be bought, turned down.

In October 2004, The Spectator published an editorial in which it abused the people of Liverpool and made several atrocious mistakes about the Hillsborough disaster. There was uproar, and Michael Howard, the Conservative Party leader, who was a Liverpool fan, was warned that the next time he went to a game he would be booed. Howard was furious and ordered Johnson to go and apologise to the people of Liverpool, speaking only to the local media. This Johnson did, but the national press were determined to cover the story too, and during his visit to the city a media scrum developed which amused the watching nation, but made Howard look ridiculous.

Worse soon followed. Johnson dismissed press reports of his affair with Petronella Wyatt as ‘an inverted pyramid of piffle’, the press proved he was lying and Howard, who had only a few months previously promoted him to the post of shadow arts spokesman, now sacked him. By the end of 2004, Johnson’s political career lay in ruins. Many of his fellow Tory MPs, jealous of his fame and angered by his neglect of parliamentary duties, had concluded he was hopelessly dishonest and unreliable.

So when Howard lost the 2005 general election to Blair, and resigned the Tory leadership, Johnson was in no fit state to mount a bid for the vacant post, and instead supported David Cameron, who came through and won. Cameron had been junior to him at Eton, junior to him at Oxford, had a less original mind and, until becoming leader, was less famous than Johnson, who had reached the wider public by giving a series of brilliantly amusing performances on Have I Got News For You.

The Unions v The Government of UK

The widespread industrial unrest in the run up to Christmas and into January 2023, is nothing new, as workers all

Editorial The UK House of Commons spent hours yesterday discussing the human rights and economic situation in Sri Lanka. Although