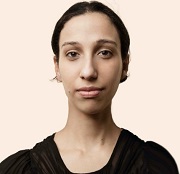 Anna Mahjar-Barducci is an author and a Senior Researcher at the Washington-based think tank The Middle East Media Research Institute (MEMRI), a not-for-profit press monitoring and analysis organization.

The moral winner of the World Cup 2022 is the Iranian team. Yesterday, Iran’s national team kept silent during the Islamic Republic’s national anthem ahead of their match against England, in solidarity with the uprising against the ayatollahs. The team’s players wanted to tell the whole world that they do not represent the regime, but rather the people in their fight against dictatorship.

Yet, according to the protesters, the Iranian team is not doing enough to challenge the regime. However, by remaining silent, the players defied the Islamic Republic on live TV, in front of the cameras of the whole world. The team then lost against England, but it was not looking for a victory on the soccer field. After all, Iranians back home preferred that the English team would win the match, as officially the Iranian one still represents the Islamic Republic.

Iranian Defender Hajsafi: Protesters ‘Should Know That We Are With Them’

However, during a Sunday press conference, Defender Ehsan Hajsafi openly supported the protesters. He said: “They should know that we are with them. And we support them. And we sympathize with them regarding the conditions.” He then added: “We have to accept that the conditions in our country are not right and our people are not happy… We are here but it does not mean we should not be their voice or we should not respect them.”

It may not be enough, but after all, the team will pay for any criticism of the regime once they are back home.

The Iranian Team Will Play Against The United States

On November 29, the Iranian team will play against the United States. It would be nice for the U.S. team to show solidarity with the Iranian protesters, as the American soccer players can afford to express their position freely, unlike the Iranian team.

In school, children are taught that sports teach good values, respect, equality, and resilience. The West was not strong enough to oppose the organization of the World Cup in Qatar, a country under scrutiny for its mistreatment of migrant workers and reports of human rights abuses. However, the West can still redeem itself.

The U.S. team should find the confidence and courage, developed in sports, to show that the people in the West are not indifferent. For example, when the U.S. team scores a goal, the players can take their jerseys off and show underneath another shirt with the name “Mahsa Amini” (in Kurdish: Jina Amini), the girl that became the symbol of the protests in Iran after being tortured and killed in custody by the Islamic Republic’s “morality” police, or with the slogan of the uprising: “Woman, Life, Freedom.”

This Is Showing Empathy And Comradeship

Some people may say that sports should not be “politicized.” Yet, this would be showing empathy and comradeship. It is to put into practice the values that sports teach. Athletes in the U.S. have been kneeling in several matches. It would not make sense that during a match with Iran, the same athletes would not stand for human rights, in support for the people of a country that are dying for freedom.

The West can take advantage of the World Cup’s spotlight, one of the most watched events on the planet, and make history with a strong message against dictatorship. After all this is what sport is all about: solidarity.

The hijab is a political tool used by Islamic Republic of Iran to keep a strict grip on its population. Quranic sources recommend that women wear modest clothing, but there is no specific mention of the type of garment. Yet the hijab is presented as a religious precept, even though, de facto, it is a political instrument.

In a famous speech in the 1950s, Pan-Arabist Egyptian President Gamal Abdel Nasser spoke about his meeting with the Supreme Guide of the Muslim Brotherhood and about the latter’s request to enforce the wearing of the hijab. “The first thing he asked was that  wearing the hijab be made mandatory in Egypt and that every woman walking in the street be required to wear a scarf. Every woman walking!”, Nasser said. This perfectly describes the age-old, openly-practiced strategy of political Islam.

The Hijab Dominates The Visual Space

On a personal note, back in 2007 I was visiting in Tunisia, which at the time was still under the rule of the secular autocrat Zine El Abidine Ben Ali. The primary opposition and threat to his rule was represented not only by the democratic civil society, but mainly by the Islamists. During my visit, a Tunisian scholar explained to me that many young women had started to wear the hijab as an expression of opposition to Ben Ali’s rule. He said that these women (many of whom came from families of Bourguiba supporters) had decided to wear hijabs as a political statement, in order to dominate the visual space – that is, every hijab seen in public was a clear and visible victory for the Islamists against the Ben Ali’s secular dictatorship, and against the very concept of secularism. ).

The same tactic is being employed by the Islamic Republic of Iran. The hijab dominates the visual space as a symbol against secularization and westernization.

For over a year and a half, Iranians throughout Iran have been protesting the shortage of  water,  food,  employment, and respect for human rights. Afraid of losing its control, the Iranian regime has decided to further strengthen its grip on the populace. This is why , Iranian President Ebrahim Raisi issued a decree last August about Iran’s “hijab and chastity law”, adding a list of new restrictions on to the Iranian dress code for women.

However, following the recent killing of Mahsa Amini, the young woman who was arrested and beaten to death by Iran’s “morality police” for not wearing her hijab “properly,” the demonstrations resurged throughout the country with increased intensity. Women in particular took to streets under the slogan “women, life, freedom,” and they are courageously burning their hijabs, which they have been forced to wear since the 1979 Islamic Revolution and which are the most powerful political symbol of the Iranian regime.

The Role Of Women Is Central

In a gesture that is the mirror-image of that made by the young women in Ben Ali’s Tunisia, women in Iran are defying the ayatollahs by removing their headscarves.

Once hijabs are no longer seen on the streets  – once Iran’s women clear the visual space of this symbol – it will become clear that the Islamic Republic, its ideology, and its messages are about to crumble. For these reasons, in this uprising against the regime, the role of women is central. Dictatorships cannot survive, at least not for long, without their symbols, and no Islamic political symbol is more potent, oppressive and identifiable as the hijab. Hence, once the Iranian women remove the hijab, a pillar of the dictatorship, the Islamic Republic will eventually collapse.