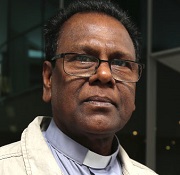 If you asked most Australians to tell you about the current situation in Sri Lanka, you might hear that the schools had to close because there were no supplies and that the country had run out of petrol, or you might just see a shrug and a blank look. For the affluent west, not much attention is paid to this small South Asian island nation. So, it is no wonder that the humanitarian crisis currently affecting Sri Lanka is receiving no real consideration. This is further compounded by either inaction or the application of standard old “go back to where you belong” tactics employed previously by so many Australian governments towards those fleeing their homeland and looking for safety and security in Australia. It is therefore vital to unpack the roots of the current political and economic situation leading to this humanitarian crisis and resulting in Sri Lankan refugees attempting to get to Australia. Equally important is the Australian response to this situation.

The Roots of The Current Political and Economic Crisis

So, first to the roots of the current political and economic crisis in Sri Lanka. The origins of this can be tied directly to the actions of former President Gotabaya Rajapaksa and his family, including his brothers former Prime Minister Mahinda Rajapaksa and former Finance Minister Basil Rajapaksa. Gotabaya came to power in 2019. In 2020 his party, the Sri Lanka People’s Front (SLPP), consolidated its supermajority and therefore control in parliament due to their popular political approach which peddled populism and Sinhalese nationalism. The Sri Lankan people were convinced that they had elected a government that would consider the needs of the ordinary people, yet they were mistaken. In passing the 20th amendment to the Constitution, Gotabaya further consolidated an extraordinary amount of power in the executive presidency. Here was a near-dictator using tools of nepotism, corruption and the promotion of retired military officers into almost every sector of government. As well, accusations abounded of human rights violations during the Sri Lankan civil war. But in the end, it was simply Gotabaya’s terrible governance and mismanagement of the economy especially during the pandemic, that led to the Sri Lankan Government’s declaration of economic crisis, the worst in the country since the 1948 independence from British colonial rule.

Ordinary people and political opposition began to protest peacefully but were labelled extremists and met with violence and curfews. These protests demanded responses to food, fuel and medicine shortages, power cuts and out of control inflation. Amidst these protests, Mahinda Rajapaksa resigned as Prime Minister on May 9, yet his brother still chose to maintain his position as President. Finally, Gotabaya Rajapaksa was chased out of office by protesters. Eventually he fled the country and submitted his resignation, from exile in Singapore, on July 14.

Economically, the Sri Lankan government had created the perfect storm with a failing domestic economy, budget shortfalls and ensuing Balance of Payments deficits. These were coupled with the failure of agricultural reforms and subsequent problems with the drop in export earnings and reliance on imports, as well as the disaster of the Tax Cuts policy that essentially saw the loss of one million taxpayers. Some economists have called Sri Lanka’s handling of foreign exchange as simply debt trap diplomacy. Currency depreciated and inflation increased. The Tourism Industry plunged, affected first by the 2019 Easter Sunday bombings in Colombo and then, of course, by the global pandemic. Sri Lanka’s history with International Monetary Fund (IMF) loans, and later reluctance to seek a bailout from it, as well as a history of sourcing sovereign debts with high interest rates and shorter durations of payment were issues that rounded out the economic crisis. Thus, the Sri Lankan economy completely collapsed.

This collapse of the country’s economy has resulted in a humanitarian crisis and could lead to what the United Nations (UN) warned of in June this year – a full-blown humanitarian emergency. Certainly, the series of events I have just described have threatened the health, safety and wellbeing of the Sri Lankan people. As days go by, these issues are becoming increasingly critical.

While most humanitarian crises around the world are triggered by conflict or the effects of climate change, the crisis in Sri Lanka is solely due to the economic collapse caused by governmental mismanagement and corruption. The humanitarian crisis in Sri Lanka is multidimensional, and as we think about taking that Panadol for our work-related headache or what we might cook – or order – for dinner, Sri Lankan people and aid agencies are faced with food insecurity, threatened livelihoods and the shortage of essential medicines. As well, there are real concerns for safety and protection. Of the 22 million-plus population, it is estimated by some sources that nearly 6 million people are in need of humanitarian assistance, with nearly 5 million being considered as food insecure.

The Humanitarian Needs and Priorities (HNP) Plan, backed by the United Nations (UN) and World Health Organisation (WHO), was launched in June this year, and has already highlighted nearly 2 million people. In order to avert this crisis becoming a humanitarian emergency, the Humanitarian Needs and Priorities Plan (HNP) has called for $47.2 million US dollars to be channelled into lifesaving sectors in order to support resources that simply save lives. Furthermore, the Central Emergency Response Fund (CERF), established by the United Nations (UN) in 2005 to enable responders to deliver life-saving assistance during crises, has approved a US$5 million rapid response allocation to address urgent needs of food assistance, basic agricultural and livelihood support, vital and essential medicines and supplies, child protection, nutrition, safe water and education in areas worst affected. The work of both the Humanitarian Needs and Priorities Plan (HNP) and the Central Emergency Response Fund (CERF) are understandably hindered by Sri Lanka’s fuel shortages, posing a major operational constraint for humanitarian response and monitoring. Sadly, assistance is not assistance if it cannot reach the people it is designed for.

This is not a conflict, so the “fight” in the “fight or flight” motto does not work. The natural response then to save life is flight. With no sign of this crisis letting up, and no bailout from the International Monetary Fund (IMF) in sight, many Sri Lankans feel forced to leave. As the economic and political crisis continues, Sri Lanka is facing a mass exodus with young men and women waiting for long hours to secure a passport in an effort to leave. At the same time, refugees have been travelling by boats to nearby countries such as India and Australia in a desperate bid to escape the unfolding disaster. In June, an elderly Sri Lankan refugee couple was found unconscious on an Indian beach suffering from severe dehydration. The couple had tried to cross from Sri Lanka to India by boat. The elderly woman later died in hospital. This certainly puts a human face to the situation.

Recently members of an Australian Border Force (ABF) vessel took into custody 46 Sri Lankans attempting to migrate to Australia by boat. All 46 were “repatriated” back to Colombo in early August and handed over to Sri Lankan authorities. When we choose our vocabulary so carefully, for example using “repatriated” instead of “sent back”, “removed” or “expelled”, we sanitise the issue and perhaps absolve any responsibility or guilt.

The Australian Border Force (ABF) Regional Director for South Asia, Commander Chris Waters, recalled the long-standing cooperation between Australia and Sri Lanka and revealed that the Australian Border Force (ABF) has repatriated 183 individuals from Australia following six unsuccessful maritime crossings, since May of this year. He explained that even with the change of federal government, there have been no recent policy changes by Australia in relation to unauthorized maritime people smuggling.

Again, since May, there have been 15 boats that attempted to leave Sri Lanka but were stopped by the Sri Lankan Navy. Some of these boats had children on board. Just over 700 people were arrested from these boats and a further 210 were arrested on land by police with the assistance of the Navy.

Operation Sovereign Borders came into effect in Australia under Tony Abbott in 2013, and our then Prime Minister gifted Sri Lanka with two retired patrol boats. Australia continues to provide tactical assistance and training to Sri Lanka’s Navy under this scheme. The Albanese government has also donated more than 4000 GPS devices to help Sri Lankan authorities in monitoring activity in their own waters.

It is believed that people smugglers are convincing Sri Lankans that since the Australian Labor Party was sworn into office on May 23, refugees will be welcomed. This is clearly not the case. Just prior to the last federal election this year, the Refugee Council of Australia (RCOA), called for a response to its three priorities, the third of which was the reinstatement of Australia’s Refugee and Humanitarian Program.

There are some questions to be asked. Has Australia recognised the humanitarian crisis in Sri Lanka, and if so, why is it exerting its efforts to support the removal of maritime immigrants rather than supporting those Sri Lankans in crisis? When will policy be reviewed regarding the unauthorised arrival of refugees and asylum seekers? When will our policy on refugees and humanitarian support be reviewed?

Several people have commented on the strength of a society. In searching for a pertinent comment, I had to settle for an American rather than Australian voice, however. Hubert Humphrey, who served as US President from 1965 to 1969, said:

There is now another moral test for our own government!

Each year, in the last weeks of September, the world’s leaders gather in New York City to speak at the

Mutilation & Burning at the Stake: United States 1899 in the US State of Georgia: “Sam Hose was brought to