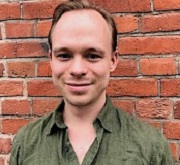 Paweł Wargan is an organizer and researcher based in Berlin and the coordinator of the secretariat of the Progressive International.

Since 1975, thousands of Sahrawi people have lived in five refugee camps in the Algerian Sahara. They named these camps after cities in Western Sahara: Ausserd, Boujdour, Dakhla, Laayoune, and Smara. In a straight line, Smara the camp is some 400 kilometers from Smara the city. But a sand berm, built in the 1980s by Morocco, makes the distance unassailable. At 2,700 kilometers, the berm is the second-longest military fortification in the world, after the Great Wall of China. Reinforced with ditches and barbed wire fences, artillery and tanks, guarded outposts, and millions of land mines, the sand berm partitions Western Sahara—separating 80 percent of Western Sahara controlled by Morocco from the Sahrawi Arab Democratic Republic—which is recognized by the United Nations as the last “non-self-governing territory” in Africa. In 1991, MINURSO, the UN Mission for the Referendum in Western Sahara, announced a plebiscite that would give the Sahrawi people a choice: independence or integration with Morocco. In April 1991, the Sahrawi people packed their belongings in boxes, choosing the former.

Seeking access to Western Sahara’s rich coastline, Spain first seized the territory after European colonizers partitioned Africa at the West African Conference of Berlin that took place from November 1884 to February 1885. By the 1970s, facing resistance from the Sahrawi people and increasing internal pressures, the regime of Francisco Franco in Spain agreed to hold a referendum on independence, which never took place. Spain eventually pulled out from Western Sahara. Meanwhile, to the south and the north, Mauritania and Morocco had set their sights on Western Sahara’s resources. In November 1975, despite a judgment from the International Court of Justice that neither Mauritania nor Morocco had territorial sovereignty over the land, Morocco sent 25,000 troops and 350,000 settlers to Western Sahara. On November 14, Spain signed the tripartite Madrid Accords with Morocco and Mauritania, effectively ceding Western Sahara to its invaders.

The Polisario Front, a national liberation movement formed in 1973 to oppose Spanish colonialism, now fought on two fronts. Supported by Algeria, it defeated the Mauritanians in 1978. But Morocco retained its control over Western Sahara—with significant backing from Western powers, including the United States and members of NATO. At the Museum of Resistance in the camps, the Polisario keeps weapons of war captured during its struggle—tanks, airplanes, artillery, and armored vehicles from Austria, Germany, France, Spain, the U.S., Belgium, and apartheid South Africa.

Morocco controls 80 percent of Western Sahara. In the other 20 percent, the Polisario Front governs the Sahrawi Arab Democratic Republic, a state battling for recognition. Armed conflict continued until Morocco and the Polisario agreed to a ceasefire in September 1991 overseen by MINURSO. “I was just coming back from Syria, a young graduate, having lived my entire life within this liberation process,” Oubi Bachir, a diplomat for the Polisario Front, told me. “I discovered not just hope, but jubilation. Finally, we were going home.” The Sahrawi people packed boxes to take their belongings back to Western Sahara. But as the boxes gathered dust, jubilation turned to frustration. The independence referendum has failed to take place—and the possibilities for armed struggle only reemerged when Morocco broke the ceasefire in 2020. The Sahrawi liberation movement, Bachir said, was “built on the armed struggle as the dominating pillar of action. That was taken away with no practical process in its place.”

Western Sahara is a rich land. It has some 72 percent of the world’s phosphate deposits, which are used to manufacture fertilizers. By the end of November 2021, Morocco reported revenues of $6.45 billion from phosphates, an amount that increases each year. Western Sahara’s fishing grounds accounted for 77.65 percent of Moroccan catches in 2018, representing the majority of its income from fishing that year. The European Union, too, operates a fleet in these waters. In 2018, a judgment of the Court of Justice of the EU struck down the 2000 Euro-Mediterranean Agreement between Morocco and the EU as “incompatible with the principles of self-determination.” But the EU continues to act in violation of the judgment, funding highly destructive fishing practices in the occupied territory. Scientists warn that overfishing in Western Sahara is rapidly destroying a critical biodiversity hotspot.

Morocco and its international backers have their sights on two other resources abundant in the territory: wind and sunlight. In 2018, using German technology, the UK firm Windhoist built the 200 MW Aftissat wind farm in Western Sahara. Vigeo Eiris, a UK-French company that has been “investigating companies operating in occupied Palestine,” certified Moroccan energy investments on Sahrawi land. General Electric signed a contract to build a 200 MW wind farm in Western Sahara. Greenwashing its occupation in Western Sahara, Morocco uses the infrastructure in reporting toward its climate targets. Western Sahara Resource Watch estimates that the wind power plants in the territory could account for 47.2 percent of Morocco’s wind capacity and up to 32.64 percent of its solar capacity by 2030.

“We call this the desert within the desert,” Mohamed El Mamun, a Polisario Front representative, told me on a drive between two camps. The sand is so salty, the water so scarce, that few things can grow. Yet in the five decades since the five camps have existed, the Sahrawi people have made great strides toward building a dignified society in them. They eliminated illiteracy. They built universal education and the infrastructure to extract and distribute water to the people. Mass movements ensure the participation of women, workers, and the youth in the project of liberation. Health care is free, and a small experiment in aquaponic farming promises to grow food in one of the most arid places on Earth.

The camps depend almost entirely on foreign aid, a resource that is rapidly depleting. As of November 10, 2022, the United Nations High Commissioner for Refugees’ Algeria mission, a key source of humanitarian assistance to the Sahrawis, was only 39 percent funded. The UN has warned that the Russian-Ukrainian conflict risks further eroding that support. Here, socialist internationalism plays an important role. In the Smara camp, Venezuela and Cuba built a school. The Simón Bolívar School is staffed by Cuban teachers. More than 100 Sahrawis have graduated from the school since it opened in 2011. Some of the alumni went on to study in Cuba, returning as doctors, engineers, and teachers. Nearby, a man who calls himself Castro established the Center for Education and Integration, which prepares children with severe disabilities to live a dignified life. Above its entrance, a sign reads: “Neither plants nor trees grow here, but people bloom.”

When the People Have Nothing More to Eat, They Will Eat the Rich

On 8 January, large crowds of people dressed in colours of the Brazilian flag descended on the country’s capital, Brasília. They invaded

The Hope of a Pan-African-Owned

The United States government held the US-Africa Leaders Summit in mid-December, prompted in large part by its fears about Chinese