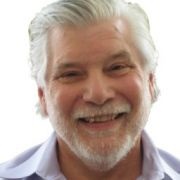 Timmen L. Cermak, MD, is a psychiatrist who specializes in addiction medicine. He is the author of numerous books, including From Bud to Brain: A Psychiatrist's View of Marijuana and Marijuana on My Mind: The Science and Mystique of Cannabis. He received his BA from Ohio Wesleyan University and his MD from Case Western Reserve Medical School. He is currently in private practice in San Francisco and Marin County.

Following excerpts adapted from the author’s latest book, Marijuana on My Mind: The Science and Mystique of Cannabis, published by Cambridge University Press

Martin was an intelligent and cocky young man whose father hoped therapy would help him cut down his cannabis use and mature enough to take over the family’s successful road construction business. Martin only wanted me to help him get away from his father. He was convinced that his cannabis use was part of a healthy life, and he constantly tried to prove that he knew more about the plant than I did. In fact, he did know far more than I about the latest varieties of cannabis and new methods of cultivation. I allowed him to be the expert about what was available at his favorite dispensaries, while I was more interested in hearing how it altered his mind. He dismissed my concerns as those of an old man, but he tolerated me because he liked to argue. In the end, he didn’t change his cannabis use, but he did gradually develop a better relationship with his family and returned home to manage the business when his father suffered a heart attack.

I saw an interesting and warm man beneath Martin’s arrogant exterior, and he knew I liked him. He arrived at our final session with a small, neatly wrapped gift and insisted I open it immediately. Inside the box was a dried cannabis bud resting on a royal purple, velvet pillow. It looked like a giant, withered, alien Brussels sprout (Figure 2.1). Martin proudly pronounced, “This is the best bud I have ever found, with a really spiritual high. You should know about it.”

I told Martin I appreciated the thought and knew he was giving me something precious, then closed the box and placed it back on the end table next to his chair. I handed it back to him as we shook hands when he left my office, but then I found it on the floor just outside my door when the next patient arrived. As I picked up the box, I said, “Drug reps are always leaving me little trinkets,” but I knew Martin’s gift was more heartfelt than the usual swag left by drug companies. I eventually encased the bud in a plexiglass cube and set it on my bookshelf beside the Freud action figure another patient had given me.

The History Behind Today’s Cannabis

The dried bud Martin ceremoniously presented to me descended from a unique plant with a history that long predates humanity. Cannabis first emerged nearly 30 million years ago on the high-altitude, arid grasslands of Tibet, where it diverged from hops, its closest relative best known for flavoring beer. Cannabis became unique among Earth’s vegetation by developing chemical compounds never seen before. Like all flowering plants, different varieties of cannabis evolved, some with revolutionary new chemistry and some without. Marijuana on My Mind focuses on those varieties that developed medicinal and mind-altering properties. The varieties of cannabis lacking this chemistry, called hemp, evolved strong, flexible fibers that humans have used for a wide range of utilitarian purposes for the past 10,000 years.

Hemp arrived in the New World 53 years after Columbus first landed, but it is less clear when the smokable, intoxicating varieties of cannabis were imported. What we call marijuana today was brought to Brazil by the Portuguese and to Jamaica and other Caribbean islands by kidnapped Africans. The British also imported cannabis, primarily to pacify their slaves. It then arrived in the USA along four primary routes. Patent medicines from pharmaceutical companies containing cannabis extracts were popular through the mid- to late 1800s. Many Americans had their first puff of hash at the exotic Turkish Village in the 1893 Chicago World’s Fair. Marijuana also arrived with sailors, Caribbean migrants filtering into New Orleans, and asylum seekers fleeing Mexico’s violent revolution in 1910, primarily through El Paso. All the derogatory racial stereotypes that white Americans held regarding brown and Black people were quickly ascribed to marijuana as well. Its use by despised and feared minorities was alien to white American culture and reinforced prejudice against immigrants. Smokable cannabis and racism were intertwined from the very beginning, until white youth cracked the mold in the 1960s.

Before the Mexican-Spanish word “marihuana” first entered English usage, “cannabis” and variants of “hash” were the only terms used. Bristol Myers Squibb and Eli Lilly listed cannabis and cannabis extracts as ingredients in their medicines during the 1800s. The word “marijuana” was later popularized in racially derogatory stories about Mexican refugees. When Pancho Villa and his bandoliered men briefly invaded New Mexico in 1916, they openly flaunted their pot use as they sang creative verses of “La Cucaracha” that included cockroaches smoking marijuana. But Pancho Villa’s greater crime was when his support of land reform wrested 800,000 acres of timberland from newspaper magnate William Randolph Hearst during Mexico’s uprising against foreign capitalist control. Hearst, who owned 8 million acres of Mexican land, used his media empire to strike back against the rebels by luridly sensationalizing both the Mexicans and marijuana.

In 1920, the USA joined Norway, Finland, and Russia in banning alcohol. This grand experiment of prohibition failed and was reversed in 1933, both because of the public’s widespread disregard for the law and state governments’ thirst for new tax revenue during the Great Depression. The Federal Bureau of Prohibition’s assistant commissioner, Harry Anslinger, had become commissioner of the new Bureau of Narcotics in 1930. He initially had little interest in leading a campaign against what he saw as a mere weed; he insisted that cannabis was not a problem, did not harm people, and that “there is no more absurd fallacy” than the idea that it makes people violent. His mind changed with the deepening economic depression and end of alcohol prohibition. Fears that Mexican migrants might take scarce jobs intensified racial prejudice and combined with bureaucratic mission creep after alcohol was relegalized. William Randolph Hearst paved the way for Anslinger’s conversion to antimarijuana crusader by publishing a steady stream of stories about the evils of marijuana that reached 20 million daily readers during the 1930s. Hearst needed to sell newspapers, and racially charged descriptions of violent and sexual crimes caused by this killer weed sold very well.

First of all, let me express my sincere respects to Mr D.L. Sirimanne, the writer of the interesting article entitled