In Benjamin “Bibi” Netanyahu’s sweeping, moving autobiography, one of the most formidable and insightful leaders of our time tells the story of his family, his path to leadership, and his unceasing commitment to defending Israel and securing its future. Following excerpts adapted from the author’s latest book, “Bibi: My Story” published by Simon & Schuster, Inc

Author’s Note: Some details of military and Mossad operations described in the book are excised due to Israeli national security requirements. For the same reason, other such operations, as well as details of certain diplomatic missions, are excluded in their entirety.

What do I remember from my earliest years?

Our house on the corner of Ein Gedi Street in the garden neighborhood of Talpiot in South Jerusalem. It was a one-story home with tall ceilings, shaded by cypress trees. These were the years of spartan austerity that followed the end of Israel’s War of Independence in 1948, a year before I was born. Determined to ensure that our family would have enough to eat, my mother raised chicks in our backyard. They were soon devoured by weasels. She found other ways to pamper us. In this she was helped by her friend Tessie from New York, who sent us food packets. What a wonder it was for me as a toddler and my brother Yoni to peer through those packages and discover glistening chocolate bars embedded in nylon stockings, along with other bounties sent to us from that magical land across the sea, America.

Soon, when I was three years old, my brother Iddo arrived. I vividly recall him confined in his crib, wailing in protest as his older brothers played freely around him. Perhaps some constraints on Yoni and me should have been in order: in one of my forays I explored an electrical socket with my mouth and the electrical current tore my upper lip, leaving a permanent scar. Often asked about it, I never claimed it was a battle scar. Those would come later.

Jerusalem in those days resembled more a sleepy town than the sprawling, vibrant metropolis it is today. The quiet Talpiot neighborhood where we lived was home to a few prominent intellectuals, writers and scholars, of which my father, Benzion Netanyahu, was one. As early as I can remember I knew my father worked on something called “the sicklopedia.”

A historian by profession, Father was the editor of the Encyclopedia Hebraica, which he modeled on the Encyclopaedia Britannica.

We led a comfortable life by Israeli standards because he was handsomely paid for producing a new volume each year. By 1959 the encyclopedia was purchased by 60,000 families out of Israel’s roughly 450,000 households,1 an impressive 14 percent, meriting our reputation as the People of the Book. My father broadened the orientation of the encyclopedia from a narrow Jewish one to one of general knowledge with emphasis on Jewish subjects. Families would wait for the next volume to come out, perusing the entries for their own erudition. The secret to the encyclopedia’s great success, my father said, was clarity. Eighth graders and doctoral students, he said, should be able to read and understand with equal ease complex entries made simple by his rigorous editing. And they did.

Father had a decidedly empirical approach to the search for truth and an intimate familiarity with Jewish history. He once asked his science editor, Professor Yeshayahu Leibowitz, to review an entry on the origin of the universe submitted to the encyclopedia by a British scholar. Leibowitz, later an icon of the Israeli left, was my father’s friend. An eccentric who visited our home frequently, he combined devout religiosity with scientific expertise.

Sometime after my father requested the entry, Leibowitz submitted his edited version of the British scholar’s essay on the various theories of the universe’s creation. My father read it with great interest.

“Leibowitz,” he said, “you crossed out the theory that the universe was created by an omnipotent force. To me that makes as much sense as the other theories. You are, after all, a religious man. Don’t you believe in this possibility?”

“My dear Netanyahu,” Leibowitz said, “from a religious point of view of course I believe it. But scientifically? It doesn’t hold.”

Like his prolific mathematician brother, Professor Elisha Netanyahu, who was among the founding members of the math department at the Technion (Israel’s MIT), Father retained an unquenchable intellectual curiosity until the end of his life. In his nineties, he gave me two books he had just read, the first describing the development of the atom bomb and the second a biography of Richard Feynman, the Nobel Prize–winning physicist.

In many ways he was an intellectual descendant of our distant relative, the Vilna Gaon, the great Jewish sage who two hundred years earlier instructed yeshiva students to add mathematics and physics to the study of the Scriptures.

As a historian, Father sought the unvarnished truth and went where the facts took him. He would study historical developments with great depth, balancing conflicting theories and data, and only then make up his mind. But once he did, he was fearless in defending his views.

My father’s mentor, Professor Joseph Klausner, lived on a hill around the corner from our house in Talpiot. Klausner was a world-renowned historian of Second Temple Jewish history. He had written two definitive works on the origins of Christianity, Jesus of Nazareth and From Jesus to Paul. He was also a great expert on modern Hebrew literature. A linguist, he had invented the modern Hebrew words for “shirt,” “pencil,” and many other terms. The rebirth of the Jewish state required the revival and modernization of ancient Hebrew, a task undertaken by several ingenious scholars, including Klausner.

As small children, Yoni and I of course knew none of this as each Sabbath we made our way to Klausner’s house, on whose door mantel he had inscribed the words “Judaism and Humanism,” the title of one of his books.

Crossing a field, we would pick flowers along the way, which we would give the professor in a fixed ritual. Klausner would greet us at the door, a kindly bespectacled man in his late seventies with a white goateed beard. A widower with no children and living alone, he would always greet us warmly.

“Shalom Professor Klausner,” Yoni would respond for both of us.

Klausner would then pose the obligatory question: “Tell me, Jonathan, did you come to see me or did you come for the chocolates?”

“Oh no, Professor Klausner,” Yoni would unerringly respond, “I came to see you.”

Klausner would then usher us to the living room, where he would pull out a box of chocolates from a heavy Central European cabinet. We would pick our choices.

Time after time, this procedure guaranteed success. Then a mishap occurred. One Saturday after Yoni assured the professor of the purpose of our visit, Klausner suddenly turned to me and asked, “And what about you, Benjamin? What did you come for?”

Three years old, I had never been confronted by such a question. Totally disoriented, I covered my eyes with my forearm to shield my bewilderment. For lack of a better answer I kept silent, stuck my other hand into my pocket, and thrust a bunch of crumpled flowers at my interrogator.

Klausner smiled. We got the chocolates.

This was not our only encounter with the great minds of the day. Next to our house was a green wooden shack that served as the neighborhood synagogue. As I peered from the outside through the slats, I saw Yoni join the other worshippers who included Klausner, the writer Shai Agnon, who would later receive the Nobel Prize in literature, and others.

“Why are you here alone, Jonathan?” they would ask Yoni.

“I am Aduk,” Yoni answered, using an arcane Hebrew word for ultra-Orthodox.

“And where is your father?” they pressed.

That was definitely true, yet although we were a secular family, throughout most of our childhood my parents made Kiddush, kept Shabbat dinner and celebrated all the major Jewish holidays.

I remember him as a small boy surrounded by children almost twice his age. Quiet and serious, he was totally lacking in bravado. He never posed. Yet older children strangely looked up to him in a manner that would follow him throughout his life, until his tragic death.

“ By cruel hands the sapling drops, in dust dishonour’d laid; so fell the pride of all my hopes, my age’s future shade”. ~

The Seven Moons of Maali Almeida by Sri Lankan author Shehan Karunatilaka has won the Booker prize for fiction, according to the Guardian London. 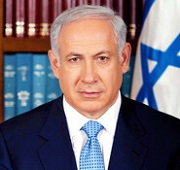 Benjamin Netanyahu was Prime Minister of Israel from 1996–1999 and 2009­–2021. From 1967–1972 he served as a soldier and commander in Sayeret Matkal, an elite special forces unit of the Israeli Defense Forces. A graduate of MIT, he served as Israel’s Ambassador to the United Nations from 1984–1988, before being elected to the Israeli parliament as a member of the Likud party in 1988. He has published five previous books on terrorism and Israel’s quest for peace and security. He lives in Jerusalem with his wife, Sara.