Brazil’s first round of elections, held on October 2, yielded a major victory for the man who held the presidency from 2003 to 2010, Luiz Inácio Lula da Silva. Winning 48 percent of the vote in a multicandidate race, Lula now heads to a runoff against incumbent president Jair Bolsonaro, who won 43 percent. It’s the first chapter of a dramatic comeback for a leader who was once hailed as the epitome of Latin America’s resurgent left, who was then imprisoned on corruption charges by a politicized judiciary, eventually was released, and has now emerged onto the political scene in a very different nation than the one he once led.

A founding member of Brazil’s Workers’ Party (PT), Lula ran for president several times before winning in 2002. A year later I recall sitting in a huge stadium in Porto Alegre for the second annual World Social Forum (WSF), getting ready alongside tens of thousands of people to hear the new president speak. The WSF was an organized response to the World Economic Forum held in Davos, Switzerland, where world leaders annually hobnob with corporate executives to explore capitalist solutions to the problems created by capitalism.

In 2003, the crowds that had gathered in a Porto Alegre stadium to explore alternatives to capitalism greeted Lula with coordinated roars of “olè olè olè Lula!” It seemed at that moment that everything could change for the better, and that, in the words of Indian writer Arundhati Roy, who also addressed the WSF, “another world is not only possible, she is on her way.” Indeed, Lula’s rewriting of Brazil’s economic priorities emphasizing benefits for low-income communities was a welcome change in a world seduced by neoliberalism. He went on to win reelection in 2006.

In subsequent years, Lula moved closer toward the political center. Maria Luisa Mendonça, director of Brazil’s Network for Social Justice and Human Rights, says, “I don’t think Lula is this radical left-wing person” today. In an interview she explains, “many social movements had criticisms of the Workers’ Party before because they thought [the party] could move to make structural changes in Brazil.” Still, she maintains that Lula’s changes to Brazil were profound. “The amount of investment that the Workers’ Party did, in education for example, [was] unprecedented.” She asserts that “they really made concrete improvements in the lives of people.”

Fast-forward to 2018 and Bolsonaro swept into power, glorifying the ugliest aspects of bigoted conservatism and making them central to his rule, and decimating Lula’s legacy of economic investments in the poor. Business executives in the U.S. celebrated his win, excited at the prospect of a deregulated economy in which they could invest, and from which they could extract wealth.

Today Latin America’s largest democracy has been shattered by the COVID-19 pandemic, during which Bolsonaro’s fascist and conspiracy-fueled leadership elevated snake oil cures above commonsense scientific mitigation. The Amazon rainforest has suffered the ravages of unfettered deforestation, and its Indigenous inhabitants have been exploited beyond measure.

Bizarrely, some corporate media pundits in the United States place equal blame on Bolsonaro and Lula for Brazil’s worrisome status quo. Arick Wierson writes on NBCNews.com, “these pressing problems are the result of the policies and actions of Brazilian leadership over the past two decades—inextricably linked to both the Lula and Bolsonaro administrations.”

The Economist advises Lula to “move to the center” in order to win the election, implying that his social and economic agenda is too leftist. A PT spokesperson told the Financial Times that if Lula wins a third term in the October 30 runoff election, he plans to focus on the “popular economy,” meaning that “the Brazilian state will have to fulfill a strong agenda in inducing economic development,” which would be achieved with “jobs, social programs, and the presence of the state.”

It speaks to the severe conservative skewing of the world political spectrum that a leader like Lula is still considered left of center. According to Mendonça, “I don’t think that investing in education and health care, in job creation, is a radical idea.” She views Lula as “a moderate politician,” and says that now, “after a very disastrous administration of Bolsonaro, Lula again is the most popular politician in the country.”

Most Brazilians appear to have tired of Bolsonarismo. A Reuters poll found that Lula now enjoys 51 percent support to Bolsonaro’s 43 percent ahead of the October 30 runoff race. But, just as the 2016 U.S. presidential race yielded a win for Donald Trump over Hillary Clinton, the candidate who had been widely expected to win, there is no guarantee that Lula will prevail.

And Bolsonaro, who has been dubbed the “Tropical Trump,” has worryingly taken a page out of the disgraced American leader’s 2020 election playbook in claiming ahead of the first round of elections that Lula loyalists plan to steal the election. “Bolsonaro has been threatening not to accept the result of the election,” says Mendonça. “His discourse is very similar to Trump’s discourse.”

Just as Trump—in spite of damning and overwhelming evidence of his unfitness for office—remains disconcertingly popular among a significant minority of Americans, Bolsonaro enjoys a stubborn level of allegiance within Brazil. He has reshaped the political landscape so deeply that the lines between reality and propaganda remain blurred.

“We had years and years of attacks against the Workers’ Party,” says Mendonça. She asks us to “imagine if all mainstream media [in Brazil] were like Fox News.” Additionally, Bolsonaro has built what she calls “a huge infrastructure to spread fake news on social media.” And, like Trump, Bolsonaro enjoys support from evangelical churches.

“The challenge is how you resist that type of message,” worries Mendonça. She dismisses claims that Brazil is politically polarized as too simplistic, saying that it “doesn’t really explain that there was this orchestrated effort to attack democracy in Brazil.” Putting Brazil into an international context, she sees Bolsonaro as “part of this global far-right movement that uses those types of mechanisms to manipulate public opinion and to discredit democracy.”

The nation and the world that a resurgent Lula faces are ones that require far more sophisticated opposition and organized resistance than when he last held office more than a decade ago.

Ultimately, the challenges facing Lula, the PT, and Brazilians in general are the same ones that we all face: how do we prioritize people’s needs over corporate greed, and how do we elevate the rights of human beings, of women, people of color, Indigenous communities, LGBTQ individuals, and the earth’s environment, in the face of a rising fascism that deploys organized disinformation so effectively?

This article was produced by Economy for All, a project of the Independent Media Institute.

Juliana Cardoso is sitting in her office in front of a lavender, orange, and yellow mandala that was made for her. She has been

Lessons from the Maya: Changing the World and Your Life

When I first traveled to the Mayan lands of Central America and learned about the collapse of an ancient civilization that built breathtaking pyramids, 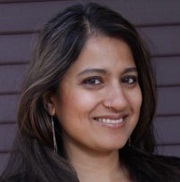 Sonali Kolhatkar is the founder, host and executive producer of “Rising Up With Sonali,” a television and radio show that airs on Free Speech TV and Pacifica stations. She is a writing fellow for the Economy for All project at the Independent Media Institute.