The third term for Xi Jinping with key loyalists elected to the Central Committee as well as the Central Military Commission facilitates fostering his agenda in the political, economic and from the Indian perspective importantly in the foreign policy and national security domains.

Here is an overview of the likely impact for India

The unprecedented third term, established Xi as the second most powerful leader in China’s history after Mao Zedong assuming greater salience even than the legendary Deng Hsiao Ping the architect of China’s modernizations.

With Xi at the helm in China after 2012, the aggressive security policy in particular that has been adopted has led to confrontations on the India China border a part of which is the Line of Actual Control (LAC) in Eastern Ladakh.

Xi’s pursuit of the Chinese Dream also includes reclamation of what is perceived by China as sovereignty over territories which have been “lost,” when China was weak. Aksai Chin and Arunachal Pradesh are the two major claimed areas which are a territorial part of India.

While under Xi’s tenure as the Chairman of the Central Military Commission amongst other hats that he wears, markers for modernization of the People’s Liberation Army (PLA) have been set for regional domination by 2027 and global primacy in 2050.

A related issue to reclamation of sovereignty is violation of treaties with India which have maintained stability since the 1990’s and broken the status quo in 2020 by occupation of areas which were accepted as on the Indian side of the LAC.

The clash at Galwan in June 2020 may have been incidental and avoided but the fact that the PLA was prepared for the same ass evident from circumstances should act as a post event warning for India.

Some of the areas as the Kungrang Nallah which have been traditional grazing grounds for Yak and Sheep yielding Pashmina for the heardsmen in Ladakh for years have been converted into a buffer zone.

As the newly formed CMC now includes Xi loyalists with experience in the Western Theatre Command – the theatre that faces India, ‘sovereignty reclamation,’ could be a key agenda of the third tenure of the President and Chairman of the CMC thus creating challenges for India’s security.

As Ananth Krishnan has highlighted in the Hindu, General He Weidong has been named as the Vice Chairman of the Central Military Commission (CMC) replacing retiring Xu Qiliang. General Zhang Youxia continues as the first ranking — Vice Chairman and continues even though he is beyond the retirement age. General Xu Qiling is appointed as one of 205 members of the Party’s new Central Committee a prestigious post in the party hierarchy and is also head of the joint staff department of the CMC.

Krishnan highlights that the three generals who will remain key decision makers of the PLA have also served in the Western Theatre Command (WTC) and thus would be well versed with nuances of management of the LAC.

The CMC directly controls the operations on the LAC in the Xinjiang and Xijang border districts sidelining the WTC.

Supported by Foreign Minister Wang Yi on an extension and promoted to the Politburo the Wolf Warrior diplomacy of which he is the architect is expected to continue to keep Indian foreign policy establishment on their toes.

Important to highlight here is the efforts to link the process of the Party and state work in a unified manner to ensure national security and social stability. This has been the emphasis of Xi through his tenure for the past decade wherein party-government-military unity has been emphasized.

Five minutes into his speech submitting the Report to the Party, Xi went on to the People’s Liberation Army called for a “new situation for the modernization of national defense and the army.”

Relevant here is the fact that substantial reforms have been undertaken by the PLA as per directions of Xi Jinping since 2013 which include streamlining of the Central Military Commission, central institutions for higher direction of war and creating geographic theatres. Further refinement in these is desired essentially to increase the operational efficiency and achieve national security goals.

Xi Jinping then went on to outline the objective of building the PLA into a world class army where the Party has absolute control over the military.

Importantly Xi emphasized again the loyalty of the Army to the party to, “ensure that the barrel of the gun always obeys the party’s command”.

On the organizational front he called for improvement and implementation of, “system and mechanism of the chairman responsibility system of the Military Commission,” implying possibly of greater role to be played by him in decision making as he is the chairman of the CMS. Discipline eradication of corruption were also emphasized. Given the removal of a number of senior commanders of the PLA for corruption, the campaign is expected continue, even though detractors claim that commanders who were not loyal to Xi were implicated and removed which is difficult to verify.

Technology and weapons, organization and composition of forces, training and law based governance of the military was emphasized.

A special emphasis was devoted to strategic planning with a view to, “consolidate and improve the integrated national strategic system and capabilities, strengthen the construction of national defense science, technology and industry capabilities”.

As Xi remarked at the closing of the 20th Congress, “We are fully confident and capable of creating new and even greater miracles on the new journey of the new era — miracles that will amaze the world.” “We must remain confident in our history, exhibit greater historical initiative, and have the courage to fight and the mettle to win,” he said to, “forge ahead, and unite and lead all Chinese people in striving to fulfill the goals and tasks set out at the 20th CPC National Congress”.

India must follow up on the tasks set by the 20th CPC National Congress in the foreign policy and security domain and be prepared to protect its national interests. 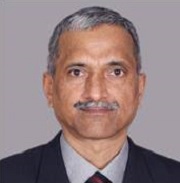