On November 4, 2022, a Pakistan Army soldier was killed in a cross-border attack from Afghanistan on troops in the Kharlachi area of Kurram District in Khyber Pakhtunkhwa (KP). According to the Inter-Services Public Relations (ISPR), terrorists from inside Afghanistan opened fire on Pakistani troops in Kharlachi.

On October 23, 2022, a Pakistan Army soldier was killed during an exchange of fire with terrorists from across the border in Afghanistan, in the Hassan Khel Sector of North Waziristan District in KP. ISPR confirmed the incident.

On September 29, 2022, a Pakistan Army soldier was killed in an exchange of fire with terrorists, at the Kharlachi border crossing in the Kurram District of KP. Tehreek-e-Taliban Pakistan (TTP) ‘spokesperson’ Muhammad Khorasani claimed responsibility for the attack.

In the worst cross-border attack by militants in 2022, on February 6, at least five soldiers were killed after terrorists launched an attack from Afghanistan on Army troops stationed in the Kurram District of KP. An ISPR statement asserted that Pakistani troops responded ‘befittingly’, and added that, according to intelligence reports, the “terrorists suffered heavy causalities”. TTP claimed responsibility for the attack.

Since September 15, 2013, when the first such attack was reported, there have been at least another 140 across the border, in which at least 263 Pakistani SF personnel and 75 civilians have been killed, while another 324 sustained injuries (data till November 20, 2022). 88 terrorists were also killed in retaliatory action by Pakistani SFs. The fatalities have increased senior officers of the Pakistan Armed Forces, such as the incident on September 15, 2013, when Major General, Sanaullah Khan and Lieutenant Colonel Tauseef were killed, along with another soldier, Irfan Sattar, in an Improvised Explosive Device (IED) blast on the Pakistan-Afghanistan border in the Upper Dir District of KP. The then TTP ‘spokesman’ Shahidullah Shahid had claimed responsibility for the attack.

The terrorists have been carrying out these attacks in opposition to Pakistani SFs’ fencing work along the Pakistan-Afghanistan border.

The fencing has also led to clashes between the Armed Forces of the two countries. According to the SATP database, since April 2007, when the first such clash reportedly took place, there have been at least seven such incidents, in which 49 persons, including 33 SF personnel and 16 civilians, have been killed (data till November 20, 2022). In the most recent incident, on November 13, 2022, a Frontier Corps (FC) soldier was killed and another two sustained injuries in a cross-border attack by Afghan SFs, on the Pakistani side of the Bab-e-Dosti gate in the Chaman town of Kila Abdullah District in Balochistan. Bab-e-Dosti has been closed for all kinds of trade and pedestrian movement since.

The border fence and border check post along the Durand Line, the disputed Pakistan-Afghanistan border, has been a major bone of contention between the two neighbouring countries, as well for the militants on both side of the border. Though the conflict over the legitimacy  of the Durand Line – the border imposed by Imperial Britain – between Pakistan and Afghanistan is more than a century old, the recent clashes linked to border-fencing started in September 2005, when Pakistan first announced that it had plans to build a 2,611-kilometre fence (1,230 kilometres in KP and 1,381 kilometres in Balochistan) along its border with Afghanistan, purportedly to check armed militants and drug smugglers moving between the two countries. But Afghanistan raised objections on the grounds that this was an attempt to make the disputed border permanent. After Kabul’s objections, Pakistani authorities temporarily put the plan on hold.

Over a year later, on December 26, 2006, Pakistan again declared its plans for mining and fencing the border, but was again opposed by the Afghanistan Government. The then Afghan President Hamid Karzai stated, on December 28, 2006, that the move would only hurt the people living in the region and would not stem cross-border terrorism.

The attempt to build the fence provoked the first skirmish in April 2007 in the then South Waziristan Agency. Pakistani SFs operating in region made a three-tier security deployment on April 11, 2007, to stop cross-border infiltration by terrorists into Afghanistan and fenced 12-kilometers of the border stretch with Afghanistan. However, Afghan troops tore down the fence on April 19, leading to a gun-battle, though there were no casualties. Another attempt was made in May 2007, when Pakistan erected the first section of a fence in the Lowara Mandi area of the then North Waziristan Agency on May 10, 2007, which led to cross-border firing between Pakistani and Afghan forces, in which at least seven Afghan soldiers were killed. The border fencing programme, meanwhile, was halted between 2007 and 2013, due to intense pressure from terrorists active along the border areas.

Later, Pakistan started excavation work on a several-hundred-kilometres-long trench along the Balochistan border in April 2013. The work has progressed rapidly since.

On January 5, 2022, at a press conference, ISPR Director General Major General Babar Iftikhar disclosed that the fencing work along the Pakistan-Afghanistan border was almost complete, while over 71 per cent of the work on fencing along the Pakistan-Iran border had also been completed. Significantly, contrary to Islamabad’s expectations given its long history of support to the Taliban insurgency in Afghanistan, the Taliban regime has attempted to block Pakistan’s efforts to finish the border fence, from the very moment of its accession to power in August 2021. Indeed, this is consistent with the Taliban’s position during its first regime – 1996-2001 – when it refused to accept the Durand Line as the permanent border between the two countries, despite tremendous pressure from Islamabad.

This time around, the Pakistan military establishment was hopeful that they would at least to secure the Taliban’s support to control TTP cadres who, according to Pakistan, were operating out of the bordering areas of Afghanistan. However, developments since have established that both the Afghan Taliban and TTP were two sides of the same coin, and Islamabad’s hopes were misplaced. TTP attacks continue from across the border, despite a Taliban-mediated ‘peace process’ between TTP and the Pakistan Government.

On April 17, 2022, Pakistan’s Foreign Office Spokesperson Asim Iftikhar claimed that terrorist elements, including the TTP, were using Afghan soil ‘with impunity’ to attack Pakistan’s border security posts, resulting in the death of several Pakistani troops. He added, further, that these attacks were detrimental to maintaining peace and stability along the border.

A United Nations (UN) report, released on May 27, 2022, highlighted the threat to Pakistan by the Afghanistan-based TTP, the terrorist group which has conducted numerous deadly “cross-border” operations. The report asserted that TTP remained focused on a long-term campaign against the Pakistani state, with several thousand of its fighters based in Afghanistan. According to another UN report, TTP has about 6,000 trained fighters on the Afghan side of the border.

The Taliban Government, however, has continuously denied the presence of TTP on its soil.

Pakistani Forces have retaliated across the border as well. On April 16, 2022, Pakistani Forces conducted air strikes in the Khost and Kunar Provinces of Afghanistan, killing of dozens of people. Local officials in Khost confirmed that the airstrikes were conducted by the Pakistani Forces, but did not provide any further details. According to eyewitnesses more than 40 people were killed or wounded in the attacks.

As expected, after the attack, the Taliban-led interim Government in Kabul started taking steps to shift terrorist groups away from Pakistan-Afghanistan border, deeper into the country. “Some of the groups have already been moved out of our border regions,” an unnamed senior Pakistani official claimed. Pakistan, the official added, though it rejected the approach, did accept the Taliban’s apparent decision to at least hold back the TTP from executing cross-border terrorist attacks. Clearly, however, while there was a temporary dip in such attacks after talks were initiated between the TTP and the Pakistan Government on May 9, 2022, the ‘peace process’ is now evidently dead in the water. According to the SATP database, TTP linked fatalities dropped to 24 in May 2022, in the wake of the peace agreement, in comparison to 54 in April. However, despite the announcement of an indefinite ceasefire by the TTP on June 2, the TTP’s campaign never entirely stopped, with 34 fatalities in June, 35 fatalities in July, 28 in August, 39 in September, 32 in October and 20 in November so far (Data till November 20).

The volatility at the Pakistan-Afghanistan border can only intensify, as the ongoing Afghan Taliban-initiated talks between the TTP and the Pakistan Government crumble in the face of rising attacks. With TTP cadres filtering back into the tribal areas, Pakistan’s troubles are likely to deepen even further. 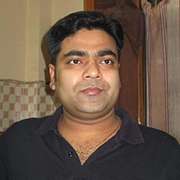