Twenty-one years ago, the 9/11 attacks in the US set off a range of social and political changes in Muslim societies. The Middle East was the flashpoint as it was believed that the Al Qaeda ideology was deep-rooted in the political conflict and prevalent religious thought in that part of the globe. In subsequent years, the ‘Arab Spring’ largely failed in leading to a democratic change in the region. Now, the Gulf monarchies are trying to bring about the changes which many expected a democratic process to deliver.

The monetary and political cost of the ‘change’ envisioned and set out by monarchies in the Middle East is low, but its impact seems enormous: it is changing Muslim societies worldwide. Many anticipate that the ongoing moderation or religious reform in Saudi Arabia, and the Abraham Accords between Israel and the UAE will counteract and weaken the radical groups in Muslim societies that have long been thriving on the Gulf states’ financial and political support. Although the claim thus far lacks empirical evidence, the pace and outcome of the ‘change process’ will make its validation easier.

Events and developments in the Middle East influence ideological and political trends in Pakistan. But the latter is also concerned about the rise of the Taliban in Afghanistan, political changes in Iran, and the rise of communal hatred in India. All these and other externalities and the state’s response to them are slowly changing the country’s sociopolitical and ideological outlook. The change, which will take time to become visible, will not only reshape religious thought but also determine the future trends of extremism in society. So far, non-state actors, religious groups, and power elites are trying to understand the changes in the region and will shape their strategies accordingly.

Pakistan’s growing financial dependence on the Gulf region will not only influence its geopolitical and strategic choices, but also the state’s attitude towards the religious groups which play on their close sectarian affinity with Middle Eastern countries, especially Saudi Arabia. The religious reform in Saudi Arabia has brought about a big challenge for the conservative Salafi and Deobandi religious groups in Pakistan, which find it difficult to change their outlook overnight. More than 20 Salafi groups and parties were thriving on the Gulf states’ support, apart from the violent Deobandi sectarian groups which were aligned with them. A few groups are trying to adjust to the changes to keep their financial support from the Gulf countries intact.

However, some resist and try to find alternative foreign funding sources or expand their local support bases. Over a period, the Pakistani state has also changed its approach toward certain militant and radical religious groups that once enjoyed the patron[1]age of state institutions. The state has changed its approach after external pressure, and especially the FATF, led it to review its policies. The banned Jamaatud Dawa (JuD), a major Salafi group in Pak[1]istan with an armed wing, the Lashkar-e-Taiba (LeT), is undergoing a transformation. This transformation can help in understanding how the changes in the Middle East and the policies of the state institutions together impact radical forces in Pakistan. Right now, three disparate views persist within the organisation.

The first view favours abandoning the militant path and focusing only on educational and preaching activities. Proponents of this view also support Mohammed bin Salman’s policies in Saudi Arabia and the Abraham Accords. There is also a strong opinion within the group for adopting the path of electoral politics. The JuD had participated in the last general election and invested huge resources, but its performance was abysmal. How[1]ever, the young leadership sees politics as a reasonable safe exit to deflect the pressure from their cadre demanding the restoration of organisational activities.

The view is not popular among the main leadership, but JuD workers and supporters have an appetite for it, as they compare their strengths with the Barelvi Tehreek-i-Labbaik Pakistan that they believe has filled the vacuum which the JuD left behind. Besides these two views, there is also a faction within the group that still insists on jihad, does not want to quit the path of militancy, and is willing to continue its activities without the support of state institutions.

The JuD cadre is confused; they have not only devoted their lives to the group but also brought their families into the organisational fold. Most of them were surviving on the financial support provided by the JuD, but now they are struggling and need immediate engagement. The state has not provided any rehabilitation to these abandoned workers. Now they are an easy target for groups like Islamic State in Khorasan (IS-K). Other banned groups are also facing the same challenge. The Salafists, stigmatised by various violent and nonviolent expressions of fundamentalism, are left with little choice. They have Mohammed bin Salman on one side and IS-K on the other. They can choose between the two, with almost no option for a middle ground.

The Deobandis are fragmented too, as always, but their significant majority, including the violent sectarian groups, still feel in line with the Saudis. The Taliban takeover in Afghanistan has also given them a sense of victory. The Saudis will have an interest in continuing to support them for the sake of countering Iranian influence in the country both on societal and state levels. The state institutions would also have in mind the utility of these outfits for future political scenarios. However, they would not allow the Deobandi madressahs to nurture another generation of the militants that would ultimately hurt the state institutions’ interests.

The Gulf states cannot develop a relationship with the wider civil society in Pakistan because of the latter’s democratic credentials, and they will keep depending on their old allies among the religious parties. It is not certain that the Gulf states will try to impose any change on the religious groups until they serve their purpose. Iran, too, has no interest in abandoning its Shia allies in Pakistan. The religious groups will not change overnight, but the changes in the Middle East will impact them slowly and steadily.

There are few noted arrests were made by police to nullify multiple ABT (Ansar al-Islam/Ansarullah Bangla Team)-linked/inspired modules, spread across Dhubri, Barpeta, Bongaigaon, Goalpara,

ISKP Calls for Jihad Against India

On September first week, the Islamic State Khurasan Province (ISKP) published issue 13 of its Voice of Khurasan magazine which featured an article scorning 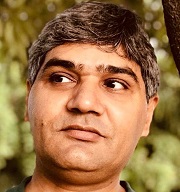