Cop 27 has just ended in Sharm el-Shaikh (Egypt) without any candid measures to deal with a readily available “Time Bomb”, of climate change affecting all and everything that is living on Earth. Nations and leaders made promises at COP 26 GlasgowConference but never took practical steps to lower the fossil fuel emissions, greenhouse effects and depleting lifelines of sacred Earth. The media would call this perversion from reality – ‘politics of broken promises, business as usual. Do they not understand the vitality of a healthy Earth and functional systems of Nature within a splendid Universe?  Do they know how the Earth, the seas, water, air and life and all other beings were created?  Have they talked about how the Earth functions, how the water flows and how the seas exist and how oxygen generates and sustains human life?

To avoid any conflict between Man and the Nature of things, the leaders and climate experts must comprehend how the planet Earth exists and moves at its axis and rotates at 1675 km per hour or 465 meters per second which are 1,040 miles per hour. The Earth’s circumference at the equator is 40,075 km. And the length of time the Earth takes to complete one full turn on its axis is 23.93 hours. And how do all living beings get lifelong nourishment within the splendid Universe? Were they all talking and listening and doing nothing to avert the catastrophic consequences of their own failure?  Is that not what happened at COP 26 too? Not to mention the COVID-19 Pandemic and its ongoing critical impacts on all aspects of human affairs. The G20 showcase galvanized the media coverage of the few who could speak and impress others with persuasive voices of ingenuity but without any rationality to console mankind with substantial remedies, be it climate change, the war between Russia and Ukraine, supplies of gas and oil from Russia, food scarcity and global peace, conflict resolutions or future-making. It is repulsive to suppose universal harmony can be enhanced by profligacy, malevolence and the horrors and miseries of unthinkable multitudes.

The sanctity of human life is grounded in the realization of peace, dialogue and co-existence. The ongoing conflict between Russia, Ukraine and the West is one of the single factors in perpetuated global disharmony and socio-economic and political disorder.

To stop the war in Ukraine, the US, the EU, and NATO should have direct face-to-face communication with President Putin. …….It is logical when people of diversity and opposing ideals come to talk directly, tensions and evil mongering are reduced to reason and mutual interest. This has not happened except for military options for weapon supplies and the enlargement of the scope of regional conflict.  Time and history will not forgive nor forget any of the leaders if they failed to agree to an immediate ceasefire and peace deal

Are we living in an era of false truth, feigned piety and alternate transient facts of human affairs? Those occupying positions of influence generate ideas and narratives which are often drawn from people who are ideologues of self-interest, contradictions and misrepresentations across the global landscape.  Dr. Rudolph Hansel (“Returning Man to Nature. Paul Thiry d’Holbach. “The essence of man is to feel, to think and to act” Part II” Global Research: 11/08/22),  shares an in-depth look at Paul-Henry Thiry d’Holbach (1723-1789), one of the leading figures of the French encyclopaedists, in his book “System of Nature”, published in 1770:

Let man, therefore, cease to seek beings outside the world he inhabits, which are to provide him with a happiness that nature denies him: let him study nature, learn its laws, and contemplate its energy and the unchanging way in which it acts; let him use his discoveries for his own happiness, and tacitly submit to laws from which nothing can escape him; let him refrain from inquiring into the causes which are surrounded for him with an impenetrable veil, let him bear without grumbling the decisions of a universal power which can neither turn back nor ever deviate from the rules which its nature prescribes for it.

Effective leaders are people who know their strengths and weaknesses and are always open to listening and learning from the masses. Those who pretend to be wise and super beings are on the wrong side of time and history. Leaders must recognize the limits to time and place for change. Our conscientious culture, hopes and ambitions are evolutionary and continue to be changing and evolving for a sustainable future. Truth is ONE, it cannot be divided into numbers of votaries, that is, We, are One People, We are One humanity under the dreadful impacts and consequences of an invisible enemy set to dehumanize all the mankind on this planet. We should be looking for an informed conscience not a default of an enlightened conscience to restore trust and societal confidence that the COVID-19 pandemic is medically and spiritually treatable, War between Russia and the West (NATO and the EU), Ukraine being the object can be stopped, supplies of natural resources can be restored to normalcy, climate change can be understood and remedies can be implemented, Kashmir and Palestine -Israel future can be resolved peacefully, and we can be reconnected as One People and One Humanity without egoistic politics of the few.

Most contemporary leaders of the world appear to rejoice in self-centred evil-mongering, not wisdom and truth of people-oriented political systems of governance. Ideas and ideals that defy reasoning and truth are gushingly operative in the aerial bombing of the innocents in Syria and inhuman displacement of civilians, forced confinement and torture of masses in Kashmir by Indian-occupied forces, Palestinians under Israeli occupation, Saudi Arabian-UAE led war against the poor people of Yemen, and almost a million forcibly evicted Rohinga Muslims from Mynamar (Burma). The UNO is just a symbolic title, not a force to transform conflicts into peacemaking optimism. We, the People of the globe ask all nations on Earth to recognize our strengths and weaknesses for unity of minds for change and adaptability to the making of a people-oriented future in peace and living together as people of reasoned conscience

We can do it, we are One Humanity– we cannot be divided into segments of geography and history as numbers. We the People, We the Humanity are connected to all other things within the God-given Earth and the Universe to serve mankind. This gives knowledge, soundness and power to reason and forbidden truth in the current global affairs.

We, the HumanityLook for Peace, Solidarity and Security

The planet Earth is not a dead orbiting object but a living entity providing continuous nourishment to human life and existence to all other living beings. When nations and leaders subscribing to political absolutism start acting like God and challenge the sanctity and limits of the Laws of God; historically speaking they become an object of unthinkable natural calamities-earthquakes, wildfires, floods, deaths and destruction. The Divine Revelations (The Qur’an: 40: 64), remind us, who we are and what relationship do we enjoin to Earth and its sustenance that supports our life and existence:

It is God Who made for you the Earth as a resting place and the sky as a canopy; and has given you shape and made your shapes beautiful,

And has provided for your Sustenance, of things pure and good;  Such is God your Lord. So Glory to God, The Lord of the Worlds.

We must connect people to people across the globe to be active participants in delivering a new and more viable common future of unity, happiness and future-making. They used to export weapons to wage wars, now exporting wars and media propaganda and are profiteering from the emerging crises all over the globe. Replacing human consciousness of peace and security with repulsive ideas of despotism, the warlords are corrupting human values, new-age visions and concepts of healthy standards of peaceful co-existence as they see it as a threat to their plans.

Caitlin Johnstone (“We never really had a chance to build a healthy world” Information Clearing House: 09/11/22) is a courageous Australian thinker and writer and author of Woke: A Field Guide for Utopia Preppers.  She outlines a candid message of human suffering:

And we wonder why everyone’s so dysfunctional and self-destructive. ….We never really had a chance to build a healthy world. Our ancestors went from running away from monsters with sharp fangs to burning witches and heretics to fighting world wars to giving birth to us, and that wave of fear and chaos carried forward right into our own psyches and into the psyches of everyone else on this planet without skipping a beat. If you look at where we came from and how we got here, it’s amazing we’re even as functional as we are.

So we’re all innocent, in the end. Again, we must of course push to bring consciousness to the parts of humanity that have taken a wrong turn — to the war criminals and plutocrats and managers of empire, and all other abusers and the abusive systems which elevate them. But underneath that fierce burst of light there can also be a deep compassion and understanding born of a lucid seeing of how we got here in the first place.

We know fossil fuel emissions, oil spill-overs, deforestation and technological destruction of life and earth can be reduced and managed but none will dare to initiate the remedial measures for change. We know global political problems can be resolved through dialogue but none will take action to communicate to perceived enemies. We know COVID-19 Pandemic could be managed as did Ibna Sina (Avicenna: Canon of Medicine), during the 10th century of herbal medicine. Why are the global leaders, scientists and so-called smart experts shame of not exploring other workable remedies for a sustainable future? Knowledge and sciences are not fixed entities. We the People must reason for an instinctive recognition of social, economic and political injustice across the globe and logically try to transform the world of political wickedness, disharmony, socioeconomic and political deprivation and exploitation into a world of moral, intellectual and spiritual reasoning and be passionate and hopeful for constructive changes in thoughts and behaviours – be it the policing or the masses march on streets and halls of fame, our aim and wisdom must be focused on purpose – a different and a better world of tomorrow and continuous change to be monitored and assessed by the people of knowledge and reason to ensure that we do not cross-over the limits of the Laws of Nature deserving punishment from God –  the Creator and Sustainer of all the lives, the Earth and the Universe that matter to us all as human beings. 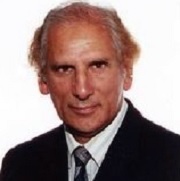 Dr. Mahboob A. Khawaja specializes in international affairs-global security, peace and conflict resolution with keen interests in Islamic-Western comparative cultures and civilizations, and author of several publications including the latest: One Humanity and the Remaking of Global Peace, Security and Conflict Resolution. Germany