Mexico and Venezuela immediately pledged to send materials to assist in the reconstruction of the electrical grid on the island.

On September 27, 2022, a tropical cyclone—Hurricane Ian—struck Cuba’s western province of Pinar del Río. Sustained winds of around 125 miles per hour lingered over Cuba for more than eight hours, bringing down trees and power lines, and causing damage not seen during previous tropical cyclones. The hurricane then lingered over the warm waters of the Gulf of Mexico, picking up energy before striking the U.S. island of Cayo Costa, Florida, with approximately 155 mph winds. The World Meteorological Organization (WMO) called it “one of the worst hurricanes to hit the area in a century.”

The National Oceanic and Atmospheric Administration’s Climate Prediction Center said that this year will be the “seventh consecutive above-average hurricane season.” Both Cuba and Florida have faced the wrath of the waters and winds, but beneath this lies the ferocity of the climate catastrophe. “Climate science is increasingly able to show that many of the extreme weather events that we are experiencing have become more likely and more intense due to human-induced climate change,” said WMO Secretary-General Petteri Taalas.

Cuba, said the WMO, is one of the “world leaders in terms of hurricane preparedness and disaster management.” This was not always the case. Hurricane Flora hit the eastern coast of the island on October 4, 1963. When news of the approaching hurricane reached Fidel Castro, he immediately ordered the evacuation of the homes of people who lived in the projected path of the storm (in Haiti, former dictator François Duvalier did not call for an evacuation, which led to the death of more than 5,000 people). Castro rushed to Camagüey, almost dying in the Cauto River as his amphibious vehicle was struck by a drifting log. Two years later, in his Socialism and Man in Cuba, Che Guevara wrote the Cuban people showed “exceptional deeds of valor and sacrifice” as they rebuilt the country after the devastation caused by Flora.

In 1966, the Cuban government created the Civil Defense System to prepare for not only extreme weather events such as hurricanes but also the outbreak of epidemics. Using science as the foundation for its hurricane preparedness, the Cuban government was able to evacuate 2 million people as Hurricane Ivan moved toward the island in 2004. As part of disaster management, the entire Cuban population participates in drills, and the Cuban mass organizations (the Federation of Cuban Women and the Committees for the Defense of the Revolution) work in an integrated manner to mobilize the population to respond to disasters.

The day before Hurricane Ian hit Cuba, 50,000 people were evacuated and taken to 55 shelters. No private vehicles or public transportation was visible on the streets. Work brigades were mobilized to work on the resumption of electricity supply after the storm had passed. In Artemisa, for instance, the Provincial Defense Council met to discuss how to react to the inevitable flooding. Despite the best efforts made by Cubans, three people died because of the hurricane, and the electrical grid suffered significant damage.

The entire island—including Havana—had no power for more than three days. The electrical grid, which was already suffering from a lack of major repairs, collapsed. Without power, Cubans had to throw away food that needed to be refrigerated and faced difficulty in preparing meals, among other hardships. By October 1, less than five days after landfall, 82 percent of the residents of Havana had their power restored with work ongoing for the western part of the island (the amount of time without power in Puerto Rico, which was hit by Hurricane Fiona on September 18, is longer—a quarter of a million people remain without power more than two weeks later).

The long-term impact of Hurricane Ian is yet to be assessed, although some believe the cost of damages will surpass $1 billion. More than 8,500 hectares of cropland have been hit by the flooding, with the banana crop most impacted. The most dramatic problem will be faced by Cuba’s tobacco industry since Pinar del Río—where 5,000 farms were destroyed—is its heartland (with 65 percent of the country’s tobacco production). Hirochi Robaina, a tobacco farmer in Pinar del Río, wrote, “It was apocalyptic. A real disaster.”

Mexico and Venezuela immediately pledged to send materials to assist in the reconstruction of the electrical grid on the island.

All eyes turned to Washington—not only to see whether it would send aid, which would be welcome, but also if it would remove Cuba from the state sponsors of terrorism list and end sanctions imposed by the United States. These measures cause banks in both the United States and elsewhere to be reluctant to process any financial transactions, including humanitarian donations. The U.S. has a mixed record regarding humanitarian aid to Cuba. After Hurricane Michelle (2001), Hurricane Charley (2004), and Hurricane Wilma (2005), the U.S. did offer assistance, but would not even temporarily lift the blockade. After the fire at a Matanzas oil storage facility in August 2022, the U.S. did offer to join Mexico and Venezuela to help the Cubans put out the fire. Cuba’s Deputy Foreign Minister Carlos Fernández de Cossio offered “profound gratitude” for the gesture, but the administration of U.S. President Joe Biden did not follow through.

Rather than lift the sanctions even for a limited period, the U.S. government sat back and watched as mysterious forces from Miami unleashed a torrent of Facebook and WhatsApp messages to drive desperate Cubans onto the street. Not a moment is wasted by Washington to use even a natural disaster to try to destabilize the situation in Cuba (a history that goes back to 1963, when the Central Intelligence Agency reflected on how to leverage natural disasters for political gains). “Most people don’t shout out freedom,” a person who observed one of these protests told us. “They ask for power and food.” 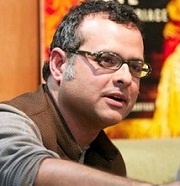 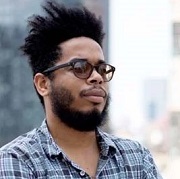 Manolo De Los Santos is the co-executive director of the People’s Forum and is a researcher at Tricontinental: Institute for Social Research. He co-edited, most recently, Viviremos: Venezuela vs. Hybrid War (LeftWord Books/1804 Books, 2020) and Comrade of the Revolution: Selected Speeches of Fidel Castro (LeftWord Books/1804 Books, 2021). He is a co-coordinator of the People’s Summit for Democracy.