What a week where the Congress party has all but made a laughing stock of itself. Ashok Gehlot has landed himself in serious trouble. He is 71. A comeback is unlikely.

He has been an active, reliable, astute leader, with a mass following. I have known him for over 40 years and have great affection and regard for him. In these four decades he did not put a foot wrong. The “neutral” Sonia Gandhi obviously knows Dante well, who wrote, nine hundred years ago, “The hottest place in Hell are reserved for those who in time of great moral crises maintain their neutrality”. She shed her neutrality in no time. So long as she lives, she will have deity status. She is an expert at back seat driving. Can she revive the Congress? No.

Of the two contenders for president of the Congress party, Mallikarjun Kharge and Shri Shashi Tharoor, I have never met the former. He is 80 years of age. The younger voters will certainly not opt for him. Shashi Tharoor, I have known him for several years. He is a fine orator and an outstanding author. He deserves to win. But he will not. He does not have the blessings of Mother Superior. Besides, unlike Kharge he is not rooted in the Congress. Oddly, none of the G-23 are supporting him.

Digvijaya Singh has been deprived of the Presidentship by Shri Kharge, who did not play fair with the former CM of Madhya Pradesh. He would have, as President put some life in Congress. Surprisingly he made one serious mistake. As far as I know, he did not meet Shrimati Sonia Gandhi. He paid the price.
The Lok Sabha elections are to be held in 2024. At present the Congress party had fifty-two members in the Lok Sabha. That number is not likely to go up as of now. Not with Kharge at the helm.

PM Narendra Modi will remain Prime Minister till 2029. His international standing is high. Within India he faces no challenge.

Shri Mohan Bhagwat, the head of RSS, made headlines when he met Imam Umer Ahmed Illyas a few days back. It was a courageous and wise move. It would have given millions of Muslims much comfort. How many non-RSS non-BJP Indians recall the fact that during the rule of the Bhartiya Janata Party, since 2014, not a single communal riot has occurred? This is amazing achievement.

The External Affairs Minister, S. Jaishankar has done India proud at the United Nations and during his visit to Washington. He did not mince words, without flouting diplomacy. I would give him high marks for his stellar performance. One caveat. He is over optimistic about the United States genuinely asserting itself to make India a permanent veto-wielding member of the United Nations Security Council. The brutal reality is that the People’s Republic of China will always exercise its veto to keep India out. If I am not mistaken, President Joe Biden in one of his speeches said that India and Brazil should be Permanent Members of the Security Council.

The reality is somewhat what more complicated. Any expansion of the Council must include a country from Sub-Saharan Africa and the Muslim world. Who from Africa—Nigeria, Ethiopia or South Africa? From the Muslim World the contenders will be Indonesia, Pakistan, Egypt.

The most alarming problem the world is facing is climate change. One has only to look at the havoc rain and hurricanes are playing in Florida, Georgia and South Carolina. In Switzerland, glaciers are melting, in Italy, rivers are drying up. For nature’s fury no easy answers are in sight.

The recent floods in Pakistan have been a calamity. As often happens, the poor have been worst hit. Pakistan was a near bankrupt country. Only the rich Islamic countries can provide funds to rebuild the infrastructure, colleges, schools, hospitals, industries. It’s a long haul.

India, in a few years, will become the most populous country in the world. Yet, no one is seriously talking about it. No talks of birth control, none of population control. Yes, poverty has been vastly eradicated but the quality of life has not improved. Educational standards are low. The legal system needs to be made more efficient. Civil cases go on for decades. We have some of the best doctors in the world but the hospitals are in need of drastic upgradation. 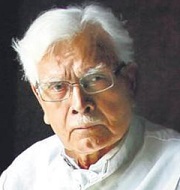