One thing the Marxist-Leninist movement has never done is address how eurocentric, racist actually, they are. Why do I say this? Because nowhere in any Marxist-Leninist writings can you find any mention of African Genius, the best examples of which being the wonders of the Nile Valley, known by its Greek name as Egypt, though its inhabitants called their civilization Kemet, “Land of the Blacks”.

I doubt it was just plain ignorance, for what educated person going back hundreds of years has never heard of the Great Pyramids or the Sphinx or the Temple of Luxor, so spectacular that the word “luxury” sprang from it.

Maybe the Marxist-Leninists going back to Karl Marx, the father of their movement, thought those living in Kemet were actually white, something widely taught amongst historians up until today.

If not ignorance why is it there is a complete dearth of recognition never mind acknowledgement of the role Africa has played in influencing world civilizations amongst Marxist-Leninists?

Didn’t the Marxist-Leninists ever read the father of US History, the great Race Man W.E.B. Dubois, who in his 1949 masterpiece “The World and Africa” speculated that Kemet may have seen an early form of socialism being practiced. If the Marxist-Leninists didn’t read W.E.B Dubois aren’t they guilty of what Mao Tse Tung declared “no investigation, no right to speak”?

I have been fascinated by how such a powerful, revolutionary movement going back over 150 years could have completely missed African genius. I spent my early years as a revolutionary, part of the Maoist movement in the USA as a member of the Revolutionary Communist Party USA from 1975-1980 and never heard a single mention of African genius, or high civilization.

It wasn’t until 1990 that I began my own systematic study of Africa that I had my eyes opened, at last, thanks to DuBois, Ivan Van Sertima, Runoko Rashidi, Basil Davidson, Asa Hilliard and many, many others. I went on to create and co-teach with Runoko Rashidi, co-Editor of Ivan Van Sertima’s Journal of African Civilization a course entitled “Africa’s Contributions to World Civilization” in 1993 so I pretty much grounded myself in African History.

I first started to wonder about the eurocentric, racist, really, nature of Marxism-Leninism when I read about Constantine Volney, whose work “Ruins of Empires” was a fundamental work of history that for the first time established Kemet as a high civilization created by black Africans. “Ruins of Empires” was so widely regarded that it went through multiple editions and translations. It was so popular that it was installed in the public section of the British Museums Library where Karl Marx spent many hours studying society as a part of writing his classic works.

I had to wonder, Volney published “Ruins of Empires” in the late 18th Century, and by the time Marx started his studies, it was a must-read for any respectable historian of Marx’s day. So I couldn’t help but wonder how Marx missed Volney and the early African Centered historical movement.

To make matters more perplexing Karl Marx’s nickname was “the Moor”, moor meaning black, due to his swarthy appearance resulting from his Sephardic (Moorish) Jewish family. How could Marx be known as a black man yet never mention Africa in anything he wrote?

Today, I have just about given up trying to debate the Marxist-Leninist movement about this, something you would think they would be eager to do since being called racists is pretty damning. But how could I not call them racist after they have spent a century and a half ignoring or ignorant of African Genius? I guess they would have to start to question to many sacred cows if they honestly took up my challenge on this question. It seems keeping their heads in the sand and ignoring their essentially eurocentric racist ideology is required if they are going to hold onto their hard-won beliefs. You could say in their case “Ignorance is Bliss”? Hell, black folk, especially Africans simply had no history, right? 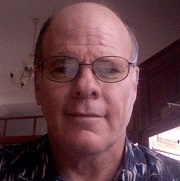 Thomas C. Mountain is an historian and educator who lived and reported from Eritrea from 2006 to 2021. He can be reached at thomascmountain at g mail dot com or you can follow him on Twitter at @thomascmountain