Day after day, military experts, analyzing troop movements, the state of forces, technological options, etc., assure us that Vladimir Putin is making impressive strategic mistakes, and some even venture to promise victory to the Ukrainians these days. Triumphalism? Perhaps. Divine surprise? No doubt. A hoped-for victory of certain principles against a tyrant? Yes, of course.

That we are far from the account, however. The winter arrives. It is, in these regions, rigorous. The forces on both sides are necessarily exhausted without knowing who will finally give in first. Ukraine’s allies still fear the transition to co-belligerency. Beyond the inevitable fragility of these hopes and the agonizing uncertainty of the outcome of this conflict, there is, however, one part that Putin has won, and that we pretend not to see: he has revived the Beast.

“War has returned to Europe after seventy years of peace,” lamented some European heads of state. This is true, and it is false if we think of the Yugoslavian civil war, which was, in the end, war at all. Beyond this return of war, tearing apart the patiently woven fabric of the Pax Europaea, Vladimir Putin is reviving memories and smells that we thought were buried.

For, yes, we had believed after 1945 that humanity, at least in Europe, would be forever inoculated against barbaric unleashing and gratuitous cruelty. But what do we see?

In Ukraine, the return of crimes whose atrocity is beyond comprehension. Rape as a weapon of war, in particular the rape of children under the age of 5, followed by their murder. Mass graves are discovered. The violation of the elementary rules of the right of prisoners is daily. The targeting of civilians is methodical. The use of torture is common. The destruction of cities whose architecture and heritage are reminiscent of Vienna or Prague is systematic. The careful erasure of places of memory, the contempt for the history of peoples and their dignity, hatred as a driving force: this, even more than war, is what is back in Europe.

From this emanates the rancid perfume of the exactions of the Nazi militias, the troubled vision of these German regiments drunk with blood and often rendered half insane by fatigue, violence, and alcohol, ready to deny all humanity, their own and that of their victims. When we don’t see the images, fortunately, we don’t need much imagination to imagine these prisoners emasculated by meeting brutes, these women shot at the edge of the mass grave, as once at Babi Yar the photo of this German soldier firmly leaning on his big legs and laying a woman’s cheek turning her back to him, ardently holding her child against her in a final embrace: in a second they will be dead. We owe to Vladimir Putin the hallucinating reissue of these barbarities that we thought had been abolished. It is as if the genocidal animal that we thought had been eradicated was still lurking in people’s minds, like Fáfnir in his cave.

And we also see, on the Russian side, populations fleeing by the roads, we see men trying to refuse the mobilization by voluntarily breaking a leg, and we see those who could not avoid it going to empty barracks, collecting rusty weapons, being admonished by drunken or moronic instructors. We will soon see them all pierced by the first assault, fathers of families, students, and young soldiers of fortune fallen for no other cause than the folly and error of one man. Then we will see the tears of those 15-year-old boys enlisted in extremis in a routed Wehrmacht. We will inevitably think of the haggard eyes of the German prisoners of 1945 walking in cohorts, looking as if they no longer understand what they are doing there. And we will find ourselves pitying these “despite us” whose sad fate, however, will not entirely redeem the bloody madness of their brothers in arms.

Probably because his historical imagination remained stuck at the stage of post-war ruins and the instincts of revenge that were grafted onto it, Vladimir Putin awakens scenes of another time, the violence of another age, and makes us smell that smell of burnt flesh and charred cities that our grandparents had unfortunately known. The Russians, victorious at Stalingrad, had put a stop to the destruction by the Germans of any notion of humanity. Putin will remain the one who buried the glory of Stalingrad under the ruins of Mariupol. 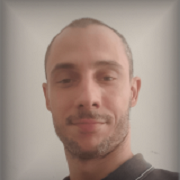 Sylvain Saurel is an entrepreneur, developer, Blogger and author of In Bitcoin We Trust