When I first traveled to the Mayan lands of Central America and learned about the collapse of an ancient civilization that built breathtaking pyramids, temples, and plazas, I had no idea that the modern world was setting itself up to follow in those tragic footsteps.

During my days as an economic hit man in Guatemala, I learned that around 900 AD the wealthy and powerful elites of Mayan city-states forced the people to build magnificent cities and pyramids in Guatemala’s Peten and Mexico’s Yucatan. By draining swamps, decimating forests, and exploiting resources, they destroyed their economies and changed the climate.

In the ‘70s, those of us in America did not understand that we were doing the very same thing. It took several decades to fully comprehend the consequences of our activities.

Now, another similarity between this tragic period of Mayan history and current events has become apparent. On trips I lead to the Mayan sacred sites, the shamans tell us that the droughts and floods, crop failures and starvation brought on by their environmental destruction caused radical socio-political changes. City-states sought to conquer their neighbors. Former trading partners imposed sanctions on each other. Wars erupted. Mass migrations of people tried to escape from the famine and violence.

It should. Our modern world has suffered similar monumental changes during the brief time since the publication of my last book, Touching the Jaguar, in 2019. We’ve experienced a global pandemic, Russia’s invasion of Ukraine (one of the world’s most important suppliers of grain), increased famine, growing animosity between the West and China, huge waves of migration, massive supply chain disruptions, more and more sanctions, and threats of nuclear war.

In my new book Confessions of an Economic Hit Man, 3rd Edition: China’s EHM Strategy; Ways to Stop the Global Takeover (preorder by clicking here), I write about these recent events and the roles each of us can play in turning this doomsday situation around, reversing the march toward the precipice of disaster. The Mayan city states fell off that precipice. The magnificent pyramids and temples were abandoned; the people retreated into the mountains – and survived.

Today, many Mayan shamans (“Nanas” and “Tatas”) see their history as a harbinger, and they have chosen to devote their lives to walking us back from the precipice. In upcoming trips, they will continue to guide us into the abandoned cities – where towering tree-studded pyramids are warnings of our own future. The shamans teach us about the power of their transformative fire ceremonies. They share their prophecies, interpret our individual calendars, and offer personal “cleansings” that open us to better health and empower us to embrace the challenges of this ever-changing world. Perhaps, most important of all, they inspire us each to live lives that will bring us the greatest satisfaction and at the same time give future generations a world they will want to inhabit.

The shamans tell us that the political and climatic turmoil that currently sweeps our planet is a sign that we’ve entered a portal to the way back from the precipice. While traveling with these shamans and sharing ceremonies, personal readings and healings in their sacred sites, the groups I’ve brought over the years have learned that it’s now time for us to pass through that portal – to reshape the present and the future.

As I stood late one afternoon in a circle with a group of fellow travelers at the edge of Guatemala’s Lake Peten Itza, participating with two Mayan shamans in a fire ceremony to empower us to heed these lessons of the Mayan city-states, I recalled the words of the poet and philosopher George Santayana (and paraphrased by Winston Churchill): “Those who cannot learn from history are doomed to repeat it.” The shaman handed us bowls of flowers and seeds and instructed us to wade into the water and offer them to the setting sun. “The flowers,” he said, “represent the past, the things we want to release. The seeds are the future we intend to create for ourselves and the world. . . .”

The tenure of President Jair Bolsonaro of Brazil is defined by the deforestation of the Amazon, the return of 33 million Brazilians to hunger,

Brazil’s first round of elections, held on October 2, yielded a major victory for the man who held the presidency from 2003 to 2010, 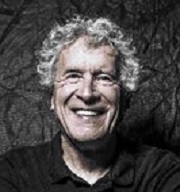