In the meeting held in Myanmar’s capital, Naypyidaw, the Bangladeshi side also urged building mutual trust between the two forces.

Representatives from Bangladesh Prime Minister’s Office, home and foreign ministries, among others, are attending the discussion.

Bangladesh wants a ‘peaceful’ and ‘crime-free’ border through the building of mutual trust. A press release shared by BGB headquarters said that issues related to recent border tension, including airspace violations, transnational counter-terrorism and criminal activities, drug smuggling, and human trafficking, among others, were on the priority list in the discussion.

The meeting also discussed joint patrolling and trust-building measures, it said. The Bangladesh delegation will return to Dhaka on November 28.

The meeting was held just 10 days after Squadron Leader Rizwan Rushdee, 30, an officer of the Bangladesh Air Force deputed to the Directorate General of Forces Intelligence, and a Rohingya woman were killed and a member of the Rapid Action Battalion was badly injured during an anti-smuggling operation on the Bangladesh-Myanmar border near Naikhyangchari under the Bandarban district on November 14.

The Arakan Rohingya Salvation Army was blamed for the killing.Earlier on October 30, border forces from Bangladesh and Myanmar pledged to improve bilateral relations after shells landed in Bangladesh amid clashes between Myanmar forces and the rebel Arakan Army in Rakhine State.

Bangladesh filed diplomatic complaints after fighter jets and drone flights violated its airspace and mortar shells landed on its territory several times between August and September.

On September 16, a Rohingya teenager was killed and five people were injured when a mortar exploded at a Rohingya camp along the Naikhyangchari border.

The topic of discussion at the conference includes de-escalation of the tense situation at the border caused by the recent internal conflict in Myanmar, violation of the air border, combating inter-state terrorism and preventing the activities of cross-border criminal gangs, prevention of illegal infiltration, prevention of drug and human trafficking, enhancing mutual cooperation to increase security at borders, exchange of various information related to borders, conducting joint patrolling, organising regular coordination meetings/flag meetings at the region and battalion levels, repatriation of detained/punished citizens of both countries, repatriation of forcibly displaced Myanmar nationals to their original abodes and increasing mutual trust between BGB and BGP.

There had always been tension along the border between Bangladesh and Myanmar. Along the 271-kilometer sea and land boundary between the two nations, the two have a history of conflict. For instance, a border battle with the Myanmar military in 1978 necessitated the deployment of Bangladeshi troops along the border. When Myanmar sent out its naval ships to place a Korean drilling rig in Bangladesh’s exclusive economic zone close to St. Martin’s Island in 2008, Bangladesh too came dangerously close to having a maritime conflict. But the current issue really began in 2017 with the exodus of Rohingyas from Myanmar.

The entire world is aware that in 2017, more than a million Rohingya refugees sought safety in Bangladesh. These refugees have been hosted by Bangladesh on humanitarian grounds. To maintain regional stability, the Rohingya refugee situation must be solved.

Bangladesh is under great pressure due to the current Rohingya crisis. In dealing with this crisis, the country has had to face, and continues to face, some new diplomatic realities. It suddenly discovered that some of its long-time friends were no longer with it. It has largely failed to achieve the expected results by applying traditional diplomatic methods to resolve the crisis. Therefore, there is a need for new thinking in the successful application of the various methods of modern diplomacy. Such as economic diplomacy, military diplomacy, or cultural diplomacy. Military diplomacy is a special strategy among the strategies used by various countries to protect the country’s interests and strengthen the state’s diplomatic position in the international arena, and both its influence and application in the current world are increasing.

What did Bangladesh do at that time? First and foremost, Bangladesh found a peaceful and diplomatic solution to the tension it currently experienced at the border with Myanmar. There has never been any notion that it can resolve the issue through violence or armed war. But diplomatic action alone is insufficient.

It must be supported by deterrents because deterrents are what give diplomatic actions bite. Some international experts have also contended that the military balances are likely skewed in favor of Myanmar, making it challenging for us to demonstrate an effective level of deterrence. However, Bangladesh made an effort to make sure that its diplomatic actions have a solid foundation.

In an effort to deliver protest notes to the Myanmar ambassador, the Bangladesh Foreign Ministry has so far used diplomatic channels. It hasn’t changed anything. In addition to civilian diplomacy, the Bangladesh government has taken a step forward in solving the border and Rohingya crisis through successful military diplomatic activities. IT must be of no surprise that in special circumstances, a country’s military diplomacy plays an instrumental role in managing foreign relations.

Relations between the two countries are now at a chilly level, with rounds of talks between Bangladesh and Myanmar surrounding the Rohingya crisis and Myanmar’s last-minute bungling of repatriation. In such a context, Bangladesh is looking for a possible solution to this crisis in military diplomacy.

Just like political diplomacy, military diplomacy has had positive discussions with Myanmar’s military leadership to resolve the Rohingya crisis, and in terms of defense cooperation, the relationship between the two countries will accelerate and strengthen mutual trust with this friendly country.

The influence of the military on state power in Myanmar is immense. Apart from that, the current Rohingya crisis falls within the ambit of the army. As a result, any move to deal with the crisis without involving the country’s army is bound to fail. Had there already been a close professional relationship between the Bangladesh and Myanmar armies, that relationship could have been put to good use in de-escalating the current crisis.

The Bangladesh army and border guard have seen success in military diplomacy before. In May 2014, the Border Guard Bangladesh (BGB) member Naik Mizanur Rahman was killed in firing by Myanmar’s Border Guard Police (BGP), causing intense tension on the border between the two countries.

Later, on the instructions of Prime Minister Sheikh Hasina, the then BGB Director General  took the initiative to develop bilateral relations with the BGP. In June of that year, he led an eighjt-member Bangladesh delegation to a meeting of the BGB and Myanmar Police Force (MPF) chiefs in Myanmar’s capital, Nay Pyi Taw.

This was the BGB’s first meeting with the MPF. The meeting was considered as a milestone in the development of the border forces of the two countries. BGB and BGP worked together for a long time by accepting the land border agreement during the visit of the then BGB Director General.

This brings relief to Bangladesh’s 261-km border with Myanmar. Based on that meeting, Myanmar then expressed good neighbourly behavior with Bangladesh.

A Myanmar military commander visited Bangladesh and met its Army chief in Dhaka in an apparent attempt to improve relations and boost regional security on October 27.

According to an ISPR statement, the Myanmar military’s special operation commander, Lt Gen Phone Myat, explained the situation in Myanmar and how the junta was trying to maintain law and order while working with friendly countries. The statement said Bangladesh army chief discussed improving military relations, discussions between commanders and training exchanges.

General Shafiuddin stated in September that Bangladesh’s armed forces were prepared to act if Myanmar’s troops continued to fire across the border while pursuing the Arakan Army. He claimed that he complained strongly to his counterpart in Myanmar about the shelling, gunfire, and interference with jet and drone flights that resulted in the death of a Rohingya refugee and injuries to others in the Bandarban district.

Tatmadaw, the military of Myanmar, has been engaged in combat with the AA in northern Rakhine State, close to the Bangladeshi border. Since August, Bangladesh has complained to the international community about fighter jet and drone flights over its territory as well as mortar and machine gun rounds that cross the border.

Mohammad Ikbal, a 17-year-old Rohingya teenager, was killed by at least three mortar rounds launched into Bangladesh on September 16. Six other people were also hurt. The visit was welcomed and is a great development.

A battalion-level flag meeting between BRB and BGP decided to improve bilateral relations between the two countries, while the Myanmar side regretted the recent incidents of shelling along the Bangladesh-Myanmar border.The meeting stressed the need to take necessary steps to boost communication, confidence, and trust between the border guarding forces of the two ‘friendly countries.’

Although it has a long history, military diplomacy is currently being addressed in several nations. The Rohingya issue and the most recent border dispute have a negative impact on the peace, security, and stability of the region. Regional peace and security will be threatened by the Rohingya repatriation’s delay. Military influence and diplomacy may play a decisive role in ending the Rohingya crisis.

Additionally, given that Myanmar is currently governed by a military government, the military’s position will be able to strengthen bilateral ties. The Bangladesh Foreign Ministry can therefore develop plans and measures to end the Rohingya issue with this goal in mind. The solution to the border conflict between Bangladesh and Myanmar lies in multilateral diplomacy. Strengthening military diplomacy is necessary in this regard.

Although Bangladesh and Myanmar share a border of 271 km, the Rohingya refugee crisis has been a long-standing bilateral issue between Myanmar and Bangladesh. But in order to assist in resolving this regional humanitarian crisis, both involved parties must participate in meaningful political dialogue. To establish a long-lasting political solution, Myanmar and Bangladesh could use military diplomacy as a tactic.

Basically, there should be regular exchanges of visits, training sessions, and joint exercises between the military forces of Bangladesh and Myanmar. These will lessen mistrust while boosting assurance and comprehension. Additionally, this may assist in resolving the region’s ongoing Rohingya refugee problem.

Bangladesh and Myanmar must forge military-diplomatic ties in order to successfully handle the Rohingya repatriation process. The Rohingya situation might be resolved with the use of military diplomacy and clout. The military role will be able to promote bilateral relations because Myanmar is governed by a military regime.

Military diplomatic communication is an effective strategy in strengthening relations with neighboring states. As Myanmar is Bangladesh’s only neighbouring country after India, its strategic importance is undeniable for Bangladesh. It has tried all kinds of bilateral and multilateral efforts to deal with the ongoing Rohingya crisis in Myanmar, but so far, no promising results have been achieved.

The influence of the military on state power in Myanmar is immense. Apart from that, the current Rohingya crisis falls within the ambit of the army. As a result, any move to deal with the crisis without involving the country’s army is bound to fail. Had there already been a close professional relationship between the Bangladesh and Myanmar armies, that relationship could have been put to good use in de-escalating the current crisis.

On January 18, 2023, the government of Burkina Faso made a decision to ask the French military forces to depart from the country within

Thailand, the favorite destination for Indian tourists, is an instructive case for the study of civil-military relations. Control of the military by civil authority,

The finest modern military thinker, Maj. Gen J.F.C. Fuller, wrote “the true objective of war is not military victory but the peace that follows 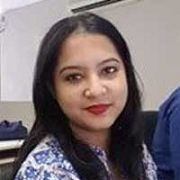