At its founding in 1949, the North Atlantic Treaty Organisation (NATO) was understood as an inter-regional organization that took in countries washed by Atlantic waters. However, from the very beginning, Italy’s membership set an example of an anomaly. Several years later, when Greece and Turkey joined NATO, the organization further breached its geographical limitation. Ninety-seven percent of Turkey’s territory lies within Asia; thus, and without exaggeration, NATO became a transcontinental organization. The Soviet Union was regarded as the biggest security challenge for NATO during the Cold War. For more than 70 years, NATO has adjusted its tasks and approaches according to the changing international environment. NATO’s main operational objective during the Cold War, however, remained to defend collectively and deter the security threat from the Soviet Union.

The Soviet revisionist policy, to a large degree, stimulated NATO’s development and provided the rationale for NATO to operate actively in Europe. After the collapse of the Soviet Union, NATO published its 1991 Strategic Concept which stated, “The threat of a simultaneous, full-scale attack on all of NATO’s European fronts has effectively been removed and thus no longer provides the focus for Allied strategy.” NATO no longer had a convincing reason for its continued existence.

NATO began to urgently seek and formulate other types of threats/risks to rationalize its existence, including terrorism, ethnic conflicts, human rights abuses, political instability, economic fragility, and the spread of nuclear, biological, and chemical weapons and their means of delivery. The 1999 Strategic Concept stated that “[t]he security of the Alliance remains subject to a wide variety of military and non-military risks which are multi-directional and often difficult to predict. These risks include uncertainty and instability in and around the Euro-Atlantic area and the possibility of regional crises at the periphery of the Alliance, which could evolve rapidly.” By pointing out a litany of uncertain and unpredictable risks, NATO could both justify and maintain its necessity and continue operations in the post-Cold War era.

Whether the enumerated risks were convincing enough for NATO to continue to operate has remained disputed for more than two decades. NATO’s existence prompted reflections among the Europeans. Some argued that NATO should have been disbanded after the disintegration of the USSR. At the turn of the 21st century, British Guardian columnist Jonathan Steele wrote that “[w]e must go all the way, up to the termination of NATO” because it “serves almost entirely as a device for giving the U.S. an unfair and unreciprocated droit de regard over European foreign policy.” In 2019, French President Macron described NATO as “brain dead” because the U.S. failed to consult NATO before taking action.

Paradoxically, the dissolution of the USSR injected new vitality into NATO. The collapse of the Soviet Union not only drastically improved the external environment for NATO but also created opportunities for NATO’s expansion. In the post-Cold War era, NATO entered into a new stage of development with the former members of the Warsaw Pact, the Czech Republic, Hungary, and Poland becoming members in 1999. Since then, NATO has undergone several further rounds of enlargement. In the wake of the Russia-Ukraine war in February 2022, NATO members demonstrated unprecedented unity, and Finland and Sweden were invited to join NATO at the Madrid Summit in June 2022. Their admission would make NATO an organization with 30 European countries and two North American countries.

NATO has been one of the biggest beneficiaries since the end of the Cold War. Not only have most European countries become members, but NATO has successfully managed flexible responses to the changing international environment. In the post-Cold War period, NATO has adapted to external and internal changes by transforming from a primary defense organization into a more comprehensive organization that combines military, political, diplomatic, and economic missions. NATO also actively engages with international and regional organizations including the UN, the EU, and the African Union. Outside Europe, the concept of a Global NATO has manifested in cooperative arrangements with Asian countries including Japan (since the early 1990s), New Zealand (since 2001), and Australia and South Korea (since 2005). In December 2021, the four Asia-Pacific countries were invited for the first time to participate in a NATO foreign ministerial meeting to discuss how to deal with the rise of China. They also participated in the June 2022 Madrid Summit.

The close cooperation with these four Asia-Pacific countries is in strong contrast with NATO’s definition of the “China threat.” Yet, the question is whether NATO’s selected response to the changes in its security environment is wise. In the Cold War era, the 1967 Harmel Report on the future tasks of the Alliance initiated NATO’s first step toward a more cooperative approach to security issues, and was regarded as “a key political and strategic think piece.” It broadened NATO’s approach towards external players and helped break the deadlock between the East and the West. In a 1976 NATO ministers meeting, US Secretary of State Henry Kissinger said that “China may be one of the most important NATO allies.” President Jimmy Carter received a proposal from his National Security Advisor Zbigniew Brzezinski suggesting that NATO should be encouraged to “invite the PRC to send an observer to NATO, or conversely request the PRC to invite a NATO delegation to visit China.” In the post-Cold War era, despite ups and downs, NATOChina relations, although low-key, were generally positive in the period before Donald Trump became US President.

As the leader of NATO, the United States has designated China as a “longterm strategic competitor” in its official government strategy documents since 2017. The US 2022 National Defense Strategy states that China is “the most consequential strategic competitor and the pacing challenge.” The European Union, a close ally of the U.S., labeled China as a “systemic rival” in its China policy published in 2019. Affected by the US and EU policy changes toward China, NATO first mentioned in its London Declaration in 2019 that “China’s growing influence and international policies present both opportunities and challenges that we need to address together as an Alliance.” Yet, by 2022 in the released new Strategic Concept, NATO has shifted from its previously balanced approach and listed China as a challenge to its “interests, security and values” and adopted the term “systemic rival” to define NATO-China relations.

NATO in nature is a defensive organization with the mission of maintaining peace for the Alliance. China in history is a peace-loving nation that has never expanded militarily or taken territory from its neighbors by force. The rise of China has heightened the security concerns of the West, but Chinese leaders have stated on many occasions that China will never seek hegemony. China is the world’s second-largest economy and the second-largest trading partner of both the U.S. and the EU. The strong degree of interdependence lays a solid foundation for stable cooperation between China and its Western partners. Yet, the dangerous tendency of supply chain decoupling between the West and China would seriously weaken the basis of cooperation, and replace it with realist zero-sum calculations.

While it is true that China follows a different development path from those of NATO members, the differences in political systems should not serve as an excuse for competition and rivalry. NATO and China share common interests in maintaining world peace and stability. Based on this common sense, new identities can be constructed. If China is incorporated as a partner, it can work with NATO to address many global challenges including terrorism and climate change. If China is increasingly perceived as a rival, the world may enter a more uncertain and precarious geopolitical situation. Misunderstanding and miscalculation have led to bloody and costly historical lessons. NATO now stands at the crossroads of a strategic choice: to adopt a less ideologically motivated and less geopolitical stance and become more flexible and pragmatic, or to continue its expansion into Asia Pacific and be the primary disrupter of regional peace and stability.

Views expressed are personal. This article was originally published in TI Observer, a regular publication of Taihe Institute. Founded in 2013, Taihe Institute (TI) is a leading think tank headquartered in Beijing, with research centers in the United States and Germany. 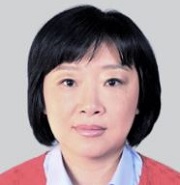