“Where are the protestors, the system has drowned them. Where is the system, it is where it has always been. Where are the people? they’re all back in the hole they have always been” – paraphrasing the lines taken from the traditional Cossack folk song “Koloda-Duda”, by Pete Seeger for his famous song “Where have all the flowers gone”.

Pete Seeger was a legend in his own time. As the New York Times notes, this musician, songwriter and song collector-historian “helped spur the politically tinged folk music revival of the ’50s and ’60s. He spoke out against the Vietnam War and has remained an activist, notably on environmental issues.”
No one condones violence, and unruly, undignified behaviour. The original Aragalaya movement was the opposite of all this. It was a breath of fresh air, and for once, an embryonic discourse began about changing the system of governance. Unfortunately, it was hijacked by political opportunists who sensed there was a wave they could ride. They rode that wave and marched and occupied the President’s house, the Prime Minister’s house, the Prime Minister’s office and burnt the acting Prime Minister’s (now the President) private residence. A President and a Prime Minister were forced to resign. Some ministers resigned. Many who could not and still do not differentiate the original Aragalaya from the subsequent one, and many disgruntled members of the public cheered. They thought it was the dawn of a new era.
Systems are hard to change, and the hijackers action has managed to restore the status quo, and the breath of fresh air has turned stale. Self-serving politics is back. Deck chairs may have changed, but the farce lives on.

Rightly, questions are being asked whether the Aragalaya was akin to a Soda bottle, and whether the system has subsumed the fizz. Opposition parties led by the SJB are trying to cross every “T” and dot every “I” and there is no agreement in sight as to the kind of interim governance model they would support. The JVP has decided to oppose any kind of all party governance system. Plenty of talk, but no action on the all-party governance front.

Since Ranil Wickremasinghe, Sri Lanka’s accidental President ascended the chair, political parties have been brawling and struggling like schoolboys, each group trying to outdo others. All eying the next election, whenever that is to be held, rather than being empathetic to the plight of the ordinary people of the country and the dire economic situation in the country. Motherhood statements clog the media and airways, and yet no party is yet to come up with some specific immediate, medium, and long-term strategies to overcome the dire situation in the country.

No political party has come up with specific proposals as to how the country would find rupees to foot the salary bills of public sector and private sector workers and for health, education, and other essential services

No political party has come up with proposals as to how numerous commercial sectors like the construction sector and the tourist sector, major contributors to the national economy could be revived.
The list of things not done is endless. Yet, there is much talk.

The president’s call for an all-party government, which all parties seemed to agree with in the past, has turned into many diversions. Some are supporting the concept, but are not willing to join one. Some are on the fence and wondering what their future political fortunes would be, should they join such a government.

There is no light at the end of the tunnel for most such ordinary people of the country, while politicians argue about matters that affect them and their political future. They could have at least agreed on a common plan of action for the next 12 months, with some specific courses of action as to how foreign exchange is to be found for import of essentials, on measures as to how the country’s rupee income could be increased, and how the most affected citizens of the country could be compensated to relieve them at least of some pressure on their living expenses.

They could have agreed on some strategies to ensure how school children could continue their education in their schools. Transportation is a major issue for them as well as for those who use public transport for work or business as there are less buses on the roads and they are crowded to the brim as a result. It is no wonder the covid spread has increased. Without making this a political issue, political parties could have agreed to provide more fuel for buses and reduce the minimum quantum of fuel for motor cars, and increase diesel imports and reduce petrol imports, as most buses run on diesel.

Train services too could be increased combining bus services to and from rail stations so that more people could make use of train services. A similar arrangement could have been done for distribution of goods using train and a lorry service. Food distribution would have benefited greatly if such an arrangement was in place. There are many measures that could be taken to bring relief to the hardest-hit segment of the population and to revive the economy for the benefit of all. Under normal circumstances, if there was no crisis, one would have expected the incumbent government to take such necessary measures. However, the situation is not normal, and the incumbent government is an accidental, interim one. This is where governance must be a shared responsibility as an interim measure until the time is right to hold elections and test the will of the people. The time is still not right for that to happen.
It would benefit the country and its ordinary citizens if all political parties could agree on a few fundamental courses of action and take partisan, self-serving politics out of some crucial areas of governance. Some possible strategies are noted below. 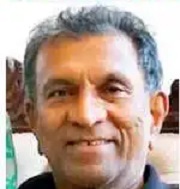