It was expected that this Bill would restore the essence of the more progressive 19th Amendment.  But unfortunately, centralisation of power around a single individual still exists. The checks and balances that were expected in a meaningful manner have not been included. The Independence of the public service, transfer of power to Parliament, checks and balances that could curtail the immense powers of the President, transfer of powers between President and Prime Minister are missing. Fundamentals of public finance and accountability too are missing.

Some of the offending areas are the President holding portfolios, appointing Ministers without the advice of the Prime Minister, President’s discretion to dissolve Parliament early, ability to control or influence 7 of the 10 members of the Constitutional Council thereby undermining the independence of the instittutions to which appointments are made through the Council.

But whatever the shortcomings and discrepancies are this Bill is a step in the right direction. To vote against it would be to perpetuate the present system. In arguing for perfection we should not turn out to be the enemy of the good.

No doubt advantages and disadvantages were envisaged at the time the Presidential System was introduced in 1978.The advantages trotted out at that time were

On the other hand the disadvantages are as follows-

We have seen the contradictions that emanated due to lack of understanding between the President and the Legislature during the time of Madame Chandrika as well as during the Yahapalanaya government.

Therefore concentration of power in a single individual can have innumerable implications.

But it was thought that a strong Executive could bring benefits to minorities. The President if he wanted to, he could with his unfettered powers bring relief to the problems of the minorities. But how far that would be possible would depend upon the personality of the President. So far Ranil has not catered to the voice of the chauvinists and the champions of ethnocracy.

The transitional provisions in the Bill allows the present incumbent to continue until the full term of office of the present Ninth Parliament. Therefore as a person somewhat acceptable to non-Sinhala Buddhists also he has an opportunity to take up matters of importance for the future of this Country.   As I understand them, they are –

I would submit that the Transitional Provisions of the Bill has given the opportunity for the incumbent President and the members of the present 9th Parliament to work out solutions for our long-standing problems fully and effectively.

It is my studied opinion that a confederation would be the ideal system of Government for this Country. 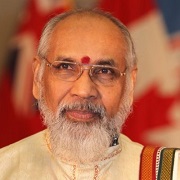