The temporary setback that the aragalaya has suffered will have proven to be a valuable experience. Right now, Ranil himself is giving the Sri Lankan masses a lesson in the ruthlessness of class war.

Ranil Wickremesinghe has to tread carefully. The victory of reaction is far from stable and the Sri Lankan revolution is not over. What is over is merely its first, most innocent chapter. Ranil’s regime exists because of a temporary retreat of the movement, and it rests upon illusions built up in him by the liberals. This has affected a thin, well-off layer of the middle class, who now yearn for some return to ‘order’, and hope that a stable government will unlock an IMF bailout and will lead to a kind of normalcy. This is a weak basis indeed. The imperialists certainly are not fooled by the outward strength of the new regime. As the international credit ratings agency, Fitch Ratings, explains:

“The new president was confirmed by a large majority in parliament, and his government has drawn in some opposition members. This gives some hope that it will have sufficient support to negotiate and carry out difficult reforms as part of efforts to restore macroeconomic stability and debt sustainability. Such reforms could unlock funding support from the IMF, which we view as important for Sri Lanka’s emergence from default.

“The government’s parliamentary position appears strong, but public support for the government is weaker. President Wickremesinghe was prime minister in the previous administration under President Gotabaya Rajapaksa, who was brought down by protests. Parliament and the government also remain dominated by politicians from the Sri Lanka People’s Freedom Alliance, which is closely affiliated with the Rajapaksa family. This may increase the risk of further destabilising protests if economic conditions do not improve and/or reforms generate public opposition.”

It’s only a matter of time before the movement erupts once more. In just the past 24 hours, new protests of fishermen have erupted in Chilaw on the west coast, demanding kerosene oil. The conditions in Sri Lanka are such that the masses have no choice but to enter the struggle time and again.

This government, like the last, is neither capable of nor interested in solving the problems that the masses face. One class or the other in society must pay for this crisis. And this government, a servant of capital, will strive to restore the economic stability and ‘credit-worthiness’ of the country at the expense of the workers and the poor: through currency devaluation, austerity, scrapping of workers’ rights, etc. Only on this basis will the imperialist creditors like the IMF step in with a bailout.

With each passing day, it will become clearer to the advanced workers and youth that the victory of the Sri Lankan revolution means the overthrow of capitalism on the island, as part of the socialist revolution across South Asia and the world.

The temporary setback that the aragalaya has suffered will have proven to be a valuable experience. Right now, Ranil himself is giving the Sri Lankan masses a lesson in the ruthlessness of class war. If the urge for unity masked the real class content of movement in its advance, the selective repressive violence of the counter-revolution has exposed its true content in retreat.

As Marx explained in The Class Struggles in France, in reference to the setbacks suffered by the French revolution of 1848:

“What succumbed in these defeats was not the revolution. It was the pre-revolutionary traditional appendages, results of social relationships which had not yet come to the point of sharp class antagonisms — persons, illusions, conceptions, projects from which the revolutionary party before the February Revolution was not free, from which it could be freed not by the victory of February, but only by a series of defeats.

[ Excerpts from the article entitled, Sri Lanka: lessons from the struggle, published in www.marxist.com. Click here to read the original. Views are personal]

During the month, Sri Lanka government made some progress in the measures it had initiated earlier for economic recovery. After holding the staff level

For every complex problem, there is an answer that is clear, simple and wrong’ — H.L. Mencken (American writer and humorist). The validity of 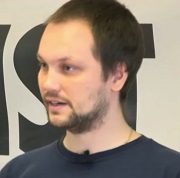 Ben Curry, is a leading activist of Socialist Appeal, the British section of the IMT. He is regular contributor for Marxist.com