In 1799, Marshall Alexander Suvorov led a Russian army and all its cannons across the Alps in the dead of winter.  A plaque near Gotthard still commemorates this epic military feat.

In March 1814, Russia’s emperor Alexander I entered Paris at the head of his Imperial Guard, ending Napoleon’s rule.

In 1945, Russian forces under Marshalls Zhukov and Konev fought their way into Berlin. The Red Army destroyed 75% of all German and Axis forces.

Russians are great warriors.  They are courageous, often heedless of death, and masters of the art of war.

So, what has happened to the Russian Army in Ukraine?  It has fought poorly, moved at the speed of ox carts, blundered around and suffered heavy casualties and heavy loss of armored and air forces.

Start with Russia’s military hierarchy. It’s led by a civilian, Sergei Shoigu, a crony of Putin and a man without any military training or experience. But he’s loyal to Putin.

He reminds me of poor, old Egyptian field marshal, Abdel Hakim Amer, Nasser’s buddy, who misled his nation’s armed forces into the 1967 catastrophe.  When Israeli warplanes attacked, using US satellite data, Amer was smoking dope in his airplane.

Putin was a KGB officer. He had no military background beyond ruthlessly crushing the second Chechen uprising – with US help.  Chechen chief Ramzan Kadyrov has blasted Shoigu and called for his head.  There has been far too much political interference with Russia’s military.

Putin wanted a limited ‘military action,’ not a full-scale war against what was not so long ago an integral part of Russia.  Hence the once formidable Red Army was kept on a leash, deprived of Russia’s most modern weapons, and ordered to go easy on the rebellious Ukrainians.

Russia’s artillery, the Queen of battle, ran out of ammunition.  The Red Air Force was ordered not to risk its expensive Sukhoi fighter-bombers.  Its space-based targeting was jammed or degraded by the US and NATO.

Equally important, the conflict in Ukraine has already turned into a mini-World War Three as the US and its key allies struggle to deliver the coup de grace to the Russian federation.

This war is not about freedom for Ukraine – as potent western propaganda incessantly tells us.  It’s about crushing the last remnants of former Soviet power and turning the fragments into docile mini states dominated by Washington and London.

Since CIA overthrew Ukraine’s pro-Russian regime in 2014 – which cost an estimated $50 billion – Moscow and Kiev have been at daggers drawn.  Putin’s Russia refuses to recognize Ukraine as an independent state.  Kiev, backed by tens of billions of dollars and a massive arsenal of arms from the west, rejects Russian hegemony.

The US wants to see the Balkanization of Mother Russia. The next targets may be Russia’s Far East or the Russian Urals.  The war party in Washington, Republicans and Democrats alike, appears determined to crush the life out of what’s left of Russia and achieve the strategic goal of America’s neocons of eradicating any potential military opponent of absolute worldwide US power.  Once Russia is laid low, China will be the next target – in fact, it likely already is.

The Biden administration has already poured close to $100 billion of aid and huge amounts of arms into Ukraine, a staggering and risky sum for a nation with a $31 trillion deficit. Add billions more from Canada and US allies in Europe who would prefer to see this war end.

The current wave of high inflation has been ignited in large part by Washington’s reckless spending over Ukraine. This is money the US Treasury does not have, and must borrow, fueling roaring inflation.

A decade ago, President Putin proclaimed that Russia would cut conventional military spending and increasingly rely on nuclear arms.

Yet we are surprised now that the Kremlin is rattling its nuclear weapons. We should not forget that before the 1991 breakup of the Soviet Union, Ukraine held and produced substantial numbers of nuclear weapons and delivery systems. These were supposedly all junked, but Ukraine probably holds a few nukes in secret.

Meanwhile, western forces are openly operating in Ukraine against Russian forces.  The full panoply of US power is witnessed there:  space intelligence and air-born intelligence; naval operations blocking the Russian Black Sea Fleet; vast amounts of artillery, electronic warfare, conventional land warfare conducted by special units from Poland, the US, Britain and Germany.

As this column has been saying for years, the prime duty of the United States, the world’s premier power, is to avert any possible nuclear confrontation in Eastern Europe.  Diplomacy, not more arms, is the answer.

The answer is clear: stop trying to draw Ukraine into NATO, stop trying to fragment Russia. Let the rebellious Russian-speaking regions of Ukraine join Russia if they so desire.  Pull western forces out of the region and resume quiet diplomacy.  Let France lead this sensible effort. 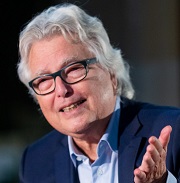