Such diversity! Such passion! Such innovation and creativity! Such courage and heroism! Such were and still are the encomiums floating around in mainstream and new media about the Aragalaya. Yes, there was diversity, passion, creativity, innovation and courage. These however do not necessarily constitute good, healthy, wholesome etc. For example, the LTTE, Al Qaeda, ISIS, Taliban and other such outfits had little diversity as is the case in identity based ‘struggles,’  but that all have long histories marked by creativity, innovation, passion, courage and heroism.

There was diversity and there was division. There were LGBTQ collectives (who, if probed, probably had very divergent views on things like governance systems, capitalism, the so-called ‘national question,’ elitism etc) and there were people spouting homophobic rhetoric. There were nationalists and those who equate the term with Sinhala Buddhist chauvinism. There were victims of the system and system-beneficiaries. There was the left and the right getting comfy with one another (of course the radical credentials of many self-styled leftists have long since been compromised). And there was Julie Chung playing Viceroy in the midst of a flag-waving multitude. But, clearly, they all got together. For what? Well, even as they blared out their pet slogans, passed around leaflets and posted in social media nutshell version of particular ideologies and preferred outcomes, and ‘educated’ the ‘ill-educated’ at every turn in pitiful attempts to dislodge long-standing angst, they were in unison in the call for the resignation of Gotabaya Rajapaksa.

If anyone truly believed that getting rid of Gota would sort the country’s many ills, that’s delusion of the highest order. Nevertheless, it could be argued (and it has) that ousting him is a necessary first step in the process of putting things right. This theory is full of holes.

Systems can be represented by a single person or a collective of a few individuals, a family in this case as is argued for example. A system however is not a person (or a collective). The removal of a representative will not alter it. In this instance there was no agreement among the diverse multitude unified by a person-focused slogan and nothing else about successor or succession. Neither was there any cogent idea or even discussion about what kind of system would be desirable and how to go about installing it.

This is not surprising when outfits such as the Inter University Student Federation (IUSF) and the Frontline Socialist Party (FSP, which by the way dominates the IUSF) who formed the agitational vanguard in the main and professed to be committed to system-change failed miserably in a) coming up with even a halfway decent set of proposals for system change, and b) did not attempt to mobilise the agitators around the idea of a system-change. The second is understandable given the ideological diversity and a marked tendency to back-burn system change, never going beyond what at best could be called a peripheral slogan/demand.

Not surprisingly neither was there much of a system-change discourse emanating from the Neddas (those individuals/groups directly or indirectly benefiting from funds channeled through the National Endowment for Democracy — NED — the US outfit that took over the CIA’s country-destabilising operation), Candlelight Ladies, Rent-a-Protest Agitators, Stink Tanks, Con-Artists, Bornagainazis and other Funded Voices and other Kolombians. Indeed, for most of them the system was coterminous with Rajapaksas which again demonstrates both naïveté and duplicity.

Not all of this is captured in a survey of the Aragalaya recently carried out by the Centre for Policy Alternatives, but even this suspect outfit has (perhaps inadvertently) come upon a few startling truths about public perception related to what for some, such as the Asia Foundation, was ‘revolutionary’.

The CPA assures that the semi-structured questionnaire administered among 1100 respondents from the four main ethnic communities (one wonders whether these were weighted to reflect real percentages) covering all 25 districts yielded reliable data.

On the one hand, a vast majority of respondents were willing to compromise on travelling and transport as well as food consumption (76.3% and 69.5%), but more than half were reluctant to agree to more taxes and almost 75% were vehemently opposed to any move that might result in a family member losing a job. This is all understandable. What’s missing here is hat some of the proposals for ‘change’ include these kinds of measures, especially those conditions currently being insisted by the IMF. More than 80% want ‘system change’ but are clearly wary of neoliberalism. They want welfare and they also want less government. They want foreign companies to invest in Sri Lanka and they don’t want limits on earning capacity but they are not happy about privatising state-owned enterprises. They vehemently oppose greater involvement of the private sector in health and education.

Many questions have not been asked and therefore the data is not available. Here’s a list of issues that the CPA could consider if/when it conducts a follow-up survey:

1. What are the perceptions of Julie Chung’s involvement in the Aragalaya? 2. Can the IMF help the cause of changing the system? 3. Has the system changed? 3a. If ‘yes,’ in what ways specifically? 3b. If not, why not? 4. Does the replacement of a leader amount to system-change? 5. Did the institutional arrangement and the system of state processes change at all thanks to the Aragalaya? If conditions have not improved (The CPA’s income-expenditure data from the survey indicates that the situation has got worse) what really are the positives vis-a-vis ‘change’ that the Aragalaya yielded?

While at it, the CPA (or anyone else) can ask if people know anything about the global capitalist system, whether or not it is important to develop the country’s manufacturing sector, whether or not development banks are necessary, whether or not a comprehensive plan for food and energy sovereignty and the will to implement it has to be part of a changed-system, whether beneficiaries of the system so reviled (the rich and powerful) truly wanted the structures and processes altered, and why and how the idea of system-change fizzled out the moment Ranil Wickremesinghe took control.

They could also ask what happened to the energy, creativity and courage? What happened to the agitational heroes? Who really benefited from the Aragalaya? Does Galle Face Green look prettier now if more boring? Were they right, those who said that it was a circus, all things considered and that the well-intentioned who were without political affiliation but were determined to build a new Sri Lanka cheated? 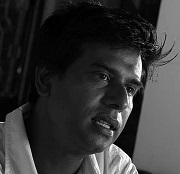