In all of the news surrounding Vladimir Putin, it might have been easy to overlook that he had recently revived a Soviet-era policy called the “Mother Heroine” award, which goes to women who bear 10 or more children, offering financial incentives and other benefits in a bid to spur population growth. He is not alone, with a host of men who perch atop pyramids of power—from Elon Musk, to Iran’s Supreme Leader Ayatollah Ali Khamenei, to Hungary’s strongman Victor Orban—pushing women to have children as a means of growing the base of those power pyramids and further elevating the men at the top.

Corporations in the U.S., through targeted media, push for the same by sensationalizing the idea of an economic “baby bust” that threatens the nation. Contrast the scant media coverage of studies showing the massive impact a universal ethic of smaller families would have on the climate crisis, with the ubiquitous and not-so-stealthy advertising we see across popular media platforms. The rhetoric of the constant need for more workers, consumers, and taxpayers goes beyond just pushing women to have children and supports recent successful moves to ban contraception and abortions.

It does not help that civil society organizations that purport to protect children, equity, animals, the environment, and human rights and democracy often ignore these issues, fearing the ugly framing of population issues from the past rather than pivoting towards the existential justice of socially and ecologically regenerative family reforms. In each one of these areas of need, progress is being undone by growth, especially as the climate crisis deepens.

Putin’s and others’ push for constant growth—and the silence of many nonprofits around the issue—reveals the lie at the base of the climate crisis: that population growth and the expansion of the Anthropocene is sustainable, or even desirable.

That lie is fundamental because it is existential, preceding more practical questions like how to limit emissions. The lie (and the growth it enables) is undoing attempts to limit emissions as growth takes over. The lie encompasses an existential worldview that sees Earth as a human resource, children deserving of no particular level of welfare at birth (like those conditions that the United Nations Children’s Convention purports to provide), treats being born crushingly poor or ultra-rich as an act of god rather than a product of inequitable family planning policy, and treats democracy as more of an abstract concept that an actual process whereby people meaningfully influence the rules under which they are forced to live.

That population growth is not sustainable should be painfully obvious now, as the population-driven climate crisis unfolds, killing people worldwide in unprecedented heat waves.

Some push back on the connection between population growth and the climate crisis, but these analyses mistake population growth as simply a matter of numbers. Population growth entails exacerbating the unjust power relations described above—between parents and their children, between rich and poor, between people and their political leaders, etc.—in which power flows top-down, rather than bottom-up, as truly participatory human rights and democracy actually require. Population growth entails relatively few extracting wealth and power from the majority—again something that should be obvious as the ecological costs of our economic growth are slated to fall on the vulnerable majority: future generations.

Is growth, in and of itself, desirable?

The alternative to Putin’s and others’ pyramids—in which a few are empowered by disempowering the majority—involves reversing the flow of power, first and foremost by making family planning universally a child-centric process. That move makes us—in the most basic way—truly other-regarding, and changes the direction of power so that would-be parents are not lording over future generations and the ecologies of our planet, but working together to ensure all children are born in social and ecological conditions that satisfy the requirements of the Children’s Convention. That act—of becoming fundamentally other-regarding—enables us to physically constitute future communities as free and equal people, the ideal of consensual governance that many theorists have envisioned but rarely achieved.

Child-centric planning is the epitome of shifting the flow of power from the powerful down upon the vulnerable—which enables exploitation—towards a flow from the vulnerable up to the powerful, aligning children’s interests in conditions of birth and development in which they will thrive, with women’s interest in the elimination of life-hobbling pronatalism, with the average person’s interest in more equal opportunities in life as well as smaller and more functional democracies where the average person is actually empowered, with nonhumans’ interest in the restoration of nonhuman habitat, restorative environmentalism, and more empathetic persons inclined to treat animals well (what nonhumans value most of all).

We might be inclined to resist such radical reforms because the majority of people alive today would support them, and there are good reasons to defer to the majority. Given that the majority of persons are actually those vulnerable-to-us people who will live in the future, and this work would be saving them from the tyrannical minority that is those people alive today inflicting harm on the future, you should think the opposite.

We can do this work because being free, in terms of who we are, precedes being free in terms of what we do—including forming governments to assign property to wealth that was made by externalizing costs, by not giving mothers and kids what they need.

Free people will fundamentally limit and decentralize the power (including subtle power like climate emissions and the impact of bad parenting on communities) others have over them through Fair Start family reforms like climate restoration and #birthequity baby bonds to physically constitute democracy and consensual governance where people are actually empowered to make the ultimate rules under which all must live. And there is only really one way to do that: Parental readiness policies that avoid things like parents torturing their children to death, birth equity redistribution of wealth to ensure true equality of opportunity, and a universal ethic and default of smaller families.

Changing the flow of power in this way is fundamental, or existential, justice in action. It is the antithesis of Putin’s move to grow and centralize Russian power by exploiting future generations (or the move Musk, Khamenei, or others are trying to make) and instead takes our most basic values and uses them to structure power relations for the future majority, ensuring that we begin to orient from a just and genuinely inclusive place.

Putin’s policy shows us the lie, that growth is sustainable and desirable, at the base of the climate and so many other crises. The lie hides top-down power over the most vulnerable and has created the crises we face today. Let’s unlearn that lie and reverse the flow.

Credit Line: This article was produced by Earth | Food | Life, a project of the Independent Media Institute. 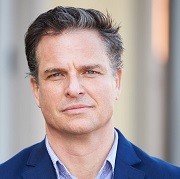 Carter Dillard is the policy adviser for the Fair Start Movement. He served as an Honors Program attorney at the U.S. Department of Justice and also served with a national security law agency before developing a comprehensive account of reforming family planning for the Yale Human Rights and Development Law Journal.