Is the recent rapid depreciation of the Sri Lanka Rupee (LKR) against the US$ unexpected or a result of foreign exchange policies adopted by the Central Bank of Sri Lanka (CBSL) since 2005 to keep the depreciation at a rate much lower than the observed trend since 1977?

The historical depreciation of the Sri Lankan rupee since exchange control was introduced in the 1960s is depicted in this time series graph. The exchange rate per US$ has been plotted on a logarithmic scale to clearly illustrate the full range of values from Rs4 in the 1960s to the current Rs360, and the rate of change of depreciation.

The early 1970s was an era of strict exchange control when you could get only a few dollars when travelling abroad, various devices like Foreign Exchange Entitlement Certificates (FEECs) which effectively created two different exchange rates. The value of the Rupee was devalued from Rs 8.60 to Rs 16.13 on 1977 Nov 16th by the JR Jayewardene government to open the economy. Over the next 27 years, the Rupee depreciated at an almost constant rate of about 7.6% per year with respect to the US$. Although it can be seen to deviate from the fitted line on occasions, it always seems to come back to this trend line within about a year.  When you extend this trend line back it cuts the value in the early 1960s when exchange control was first introduced. The 90% depreciation in 1977 appear to be catchup for about 15 years of strict exchange control,

This trend continued till 2005 when the devastating Tsunami of 2004 December, brought in so much foreign aid that the exchange rate to the US$ dropped very soon after, from Rs 105 to Rs 95. Since then over the next 13 years, the Rupee depreciated at a much lower rate of 3.4% per year.

Ajith Nivard Cabraal took over as Governor of the Central Bank in 2006 July and maintained the lower trend even though Sri Lanka still had an ongoing civil war with the LTTE. When this war ended in 2009 May, the Rupee appreciated by 5% over the next two years. Did CBSL release more US$ to maintain an exchange rate lower than the natural trend? The CBSL may have wanted to reduce the amount of rupees that needs to be paid for the foreign exchange remitted from abroad by the large number of migrant workers, which was supporting our economy.

With a Rupee depreciating less, Sri Lanka was able to show an apparent higher rate of increase in the GDP and migrate proudly from a low income to a middle income country. With a GDP over US$ 4000 Sri Lanka lost the ability to get loans at a lower interest. After the Government changed in 2015 January, many irregularities, such as hidden foreign debts were exposed and compounded with a Bond Scam the Financial Rating for Sri Lanka dropped, and the cost of borrowing money increased. In 2018, the Rupee was depreciated 19% from Rs 153 to Rs 183 to the US$, with Indrajit Coomaraswamy as Governor of CBSL.

In 2021 July, Basil Rajapakse entered parliament via the national list and was made Finance Minister. In 2021 September Ajith Nivard Cabraal resigned as national list member in Parliament and became Governor of CBSL again.

CBSL maintained a non-credible peg at Rs200 to the US$. In 2022 January they paid back a Sovereign Bond of US$500 million and interest, despite all economic indicators that CBSL could not afford to do so. CBSL anyway defaulted on its Sovereign Debt in March. For many years the Kerb rate had been only a few rupees different from the official rate, even less than the selling rate of some Banks. From about 2021 September the Kerb rate started to increase and Undial and Hawala transfers got well established. The amount of Foreign exchange sent through legal channels decreased to about 35% YoY by 2022 February. By 2022 March the Kerb rate was Rs250.

When the exchange rate was floated on March 9, 2022, CBSL hoped it would settle at about Rs 230. However it rose rapidly to Rs 365 in two months when CBSL removed the float and pegged it around Rs 360. The exchange rate had almost caught up, to what it would have been if the previous long-term depreciation had continued from 2005 as shown on the graph.  Both Cabraal and Basil, blamed for the financial crisis, resigned in early April. CBSL has however confirmed in an RTI, that banknotes dated September 15, 2021 were printed with their signatures and are expected to come into circulation in the near future. The Aragalaya will not be amused.

The rapid depreciation by 80% in two months has created over 100% inflation in food prices, and a loss of trust in the Sri Lankan rupee. Assuming that it will precipitate a depreciation like in Venezuela or Lebanon, it has made those with significant rupee assets, decide to try to change it to US$ at whatever cost. Therefore the Kerb rate has remained Rs 30 to 50 above the official rate. Most of this Foreign exchange never reaches Sri Lanka, as it is accepted in cash overseas and LKRs are paid in cash directly to the recipient at their home, avoiding any record in the banking System. Although CBSL has outlawed it, such exchanges in cash are impossible to track. Over the last year Sri Lanka has lost over US$4 Billion from Foreign remittances.

The natural trend is just an observation that I will leave to the economists to explain. There are probably many factors that need to be considered to properly understand its cause and effects.

The way out of the shortage of US$, by the exchange rate remaining much lower than the natural trend, has still to be worked out.   The catch 22 situation is that this shortage of foreign currency will not improve till foreign remittances return to previous levels, and that will not happen till the Economic combined now with a political crisis is more stable.

The Central Bank as an Organization

Following excerpts adapted from Tumultuous Times: Central Banking in an Era of Crisis by Masaaki Shirakawa published by Yale University Press. This is a 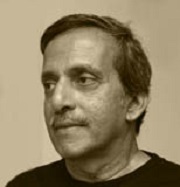