Ever since the dawn of this century, we have had unprecedented upheavals in geo-politics, public health, warfare, rapid technological advancement, the threat of nuclear destruction, all of which heralded a portentous unpredictability.  When one considers that all this happened within a span of 22 years, our natural reaction should be that we are living, as the ancient curse goes, “in interesting times”.  The snag is that although interesting, these times can turn disastrous with ineptitude or mismanagement.  Global governance is no longer governance but global administration that requires preparation for the unexpected with which we can face the growing complexity and critical uncertainty that lie ahead. Already, there are signs of things to come as many challenges we currently face show ominous prospects of worsening.

Our tertiary educational curricula – be it in the fields of medicine, engineering, architecture and urban planning, international politics and economics, and business management – which prepare the thinkers of the future, need to be “weaponized” with a discipline that inculcates a strategic mindset in our current and future generations. What is required is familiarization of the young with foresight which is a compelling strategic requirement that could effectively preclude the disasters that we have endured over the past two decades from returning, and enable us to counter the high degree of uncertainty surrounding changes to the future context. From both a pedagogic and practical sense, “foresight” is a generic and overarching word comprising what the Organization for Economic and Cooperative Development (OECD) calls “a range of methodologies, such as scanning the horizon for emerging changes, analyzing megatrends and developing multiple scenarios, to reveal and discuss useful ideas about the future…foresight is about combining methods of future work with those of strategic management. It is about understanding upcoming external changes in relation to internal capabilities and drivers”.

All the fields mentioned above are usually encapsulated in composite entities whether they be instrumentalities of State or corporate entities. Within this incorporation are two prominent categories of foresight that should be introduced in a progressive education system – market foresight and strategic foresight.  Panu Kause, writing to Aalto University states: “market foresight is about the consideration of possible and probable futures in the organization’s relevant business environment, and about identifying new opportunities in that space. I prefer Market Foresight as a phrase over an earlier concept of Industry Foresight. This is simply because thinking across current industry boundaries is today an important source of innovation.

Strategic Foresight is a concept I deem synonymous with Corporate Foresight. It is about mirroring the possible and potential futures against the understanding of organization-specific capabilities, and those of one’s competitors. Ultimately, Strategic Foresight is about the strategic choices you make based on this combination of external and internal insight”.

The main focus of foresight should be on building the future of the entity one serves.  However, it does not necessarily involve the seeking of definitive norms or answers that can be applied to the future with precision, as the future is neither predestined nor fully disclosed.  It is only partially observable through instinctive intelligence.  Therefore, no one can get the future exactly right, but one could certainly expand the horizon of plausible measures and developments that could be considered with scenario planning.  One of the corollaries to market foresight and strategic foresight is strategic planning, although foresight per se would not constitute the only measure to be taken in the formulation of a strategic plan.  Foresight merely paves the way to an effective strategic plan by bringing to bear multiple alternative futures and their implications. For these multiple alternatives to emerge there need to be key questions asked that relate to the not-so-obvious factors on the horizon that need to be unmasked so as to reveal and challenge potentially fatal assumptions and expectations built into current policies and plans.

When deconstructed into an educational plan for universities and other institutions of higher learning, the first subject that comes to mind is horizon planning, which involves looking for and researching the factors of change that are already signalled with a view to developing methodologies that could counter their potential future impacts.  The second area involves drivers of change which would enable the professional and the academic to identify the most significant and unexpected potential changes.  The third is the development of plausible pictures or stories of what the future will bring or how the future will look like with a view to studying, exploring, and learning from the scenarios that are developed.  This is called scenario planning.

The fourth area is looking at opportunities and challenges within and outside the box as well as without a box.  The fifth requires a perspicacious look at what action could be taken to forge ahead with effective policymaking.  This is followed by extrapolations (evaluations with available facts and data); interpolations (estimates made without data or facts); forecasting and predictions. While forecasting involves the development of linear projections or estimations of future events whose outcomes are uncertain, predicting is undertaken with the use of precise estimations. The sixth area of discipline in the foresight process would comprise engagement in what are called “war game simulations” which are simulations of competitive engagement and settings (in the corporate sense) and simulations of different military operations (in the military sense).

The seventh area is “backcasting” which involves defining a plausible future at the outset and working one’s way backwards from that point with a view to connecting the future with the present. The eighth is the use of roadmaps which could track milestones of progress in advance.  The eighth area is the process of looking for low-probability high-impact events which are called “black swans” by some.  Conversely, high probability low-impact events should also be taken into consideration. These two categories are also called weak signals and wild cards. Finally, there is the important factor of collecting information with a view to identifying patterns and connecting the dots.

There is also The Delphi Method which is “ a structured and interactive forecasting activity that relies on a panel of experts. The experts answer questionnaires and argue different positions. This is usually done over a few rounds. During this process, the range of answers narrows down. This is based on the reassessment of given arguments and consensus-building. In the final round, the group of experts converges toward a final, “correct” answer about the future”.

It would be interesting to try the aforesaid deconstructed elements in toto, if only as a pilot project in an institute of higher learning on current crises and what they portend –  on how the invasion of Ukraine by Russia would affect future trends of invasion elsewhere in the world; how the COVID-19 pandemic (and the spread of other contagious pathogens that have already caused epidemics in the 21st century) would affect future public health and medical issues; how another 9/11 attack could be thwarted; how the financial crash of 2008 could be relegated to the dustbin of history, never to come back; and how to run the world more effectively in the future.

Arguably, the greatest disaster we face is the climate crisis where foresight has worked and outcomes have been both forecasts and predicted. However, the lack of political will and other intervening factors such as economic and labour considerations have thwarted the way forward towards mitigating the problem.  At the 26th Conference of the Parties (COP 26) of the United Nations Framework Convention on Climate Change held last year countries were asked to come forward with ambitious 2030 emissions reduction targets that align with reaching net zero carbon emissions by the middle of the century. In order to achieve this goal countries will need to: accelerate the phase-out of coal; curtail deforestation; speed up the switch to electric vehicles; and encourage investment in renewables. In many countries exactly the opposite seems to be happening.

Of the big polluters, only Britain and Australia have presented new climate targets. The United States and China have not submitted anything, while the European Union is working on a redefinition of the National Voluntary Contributions to reflect the additional cuts that will result from plans against the energy crisis and to release Russia’s gas.

So much for foresight. 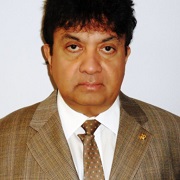