Another influential figure passes from the genus of the living and into the memories of the lost. As the month of August completed its timely lapse, the final leader of the Soviet Union passed away at the ripe old age of 91.

At the news of his death, political leaders of the West remembered Mikhail Gorbachev for his distinguished character, his unflinching faith in peace, and his tiring efforts for reformation. UN Secretary-General Antonio Guterres paid tribute to the Soviet leader commenting that he was ‘a one-of-a-kind statesman who changed the course of history’, while US President Joe Biden hailed him as ‘a man of remarkable vision’. Nevertheless, while he is being praised by the ascendancies of the Western political camp, he was even denied a state funeral in his own nation for his responsibility in the collapse of the Soviet Union.

Gorbachev led a distinguished and unconventional life that earned him international reverence but national revilement. When he acceded to power as General Secretary in 1985, he presided over one of the most powerful countries in the bipolar world order of the 1980s. However, when he resigned, he left a disintegrated and weak Russian state that had become the fallen pole in the emerging unipolar world of the 1990s.

The rise of Gorbachev was glorious and unprecedented in the history of the USSR. This dynamic and charismatic leader was to bring the idea of reformation to the rigid administrative structure of the Union. His famous slogans ‘perestroika’ (rebuilding) and ‘glasnost’ (openness) were the fundamental ideologies used as the guiding tenets that were to bring the Soviet edifice to heightened prosperity and opulence. The United States and its allies welcomed him with open arms as they foresaw the opportunity that the capitalist machine could reap from a communist leader having democratic ideals.

The ideals of Gorbachev, however, were no doubt based on the noble principles of well-founded intentions. He visioned the bringing of a peaceful reformation from within, yet his ideas proved too idealistic to be true. The effort to hold the Empire together without the regressive control of central authority was a futile attempt. As the Empire opened up, multiple European and Baltic satellite states under the Kremlin began calls for independence. When Gorbachev refused to use force to repress the protests, the fall of the Empire became inevitable – a drastic similarity to the fall of Gotabaya Rajapaksa in the face of the JVP-led regime change operation in Sri Lanka.

As Gorbachev’s biographer William Taubman wrote; ‘he was a good man, he was a decent man. I think his tragedy is in a sense that he was too decent for the country he was leading’. The failure of Gorbachev remains an example of how a top-down approach for a rapid transformation of an oligarchical system is not possible along a peaceful road. Such efforts to pressurise change more often lead to violent push-back from the status quo even if the proponent of that change is one of them.

The strategy of Gorbachev worked in the international sphere where he was awarded the Nobel Peace Prize in 1990 for playing a leading role in ending the Cold War between the US and USSR. But of course, wide speculation exists on whether the Peace Prize was given as a ‘Thank You’ token for allowing the United States to win against the Soviets. The nuclear arms race was a leading concern in the 1980s as the looming risk of nuclear war between the world powers was a constant possibility that could cause unimaginable destruction across the world. The combined efforts of Gorbachev of the USSR and Ronald Reagan of the US helped in the voluntary reduction in nuclear arsenals of both countries. The Reagan Foundation and Institute looked back and described Gorbachev as ‘a man who once was a political adversary of Ronald Reagan’s who ended up becoming a friend’.

On the global stage of diplomacy, Gorbachev was praised as a peacemaker. However, in his homeland, he faced scathing criticism. The political career of Gorbachev could not survive the disintegration of the USSR as it was seen as a humiliation brought upon the people of the former Soviet Union. He was not only blamed for the hyperinflation and food insecurity that followed, but also for the very failure to uphold the tenets of the Empire that were structurally in place for more than half a century. Soon after he resigned in 1991 on the eve of the Soviet collapse, the Kremlin was once again reclaimed by the Russian hardliners. In his resignation speech in December 1991, Gorbachev proclaimed that the ‘old system collapsed before the new one had time to begin working, and the crisis in the society became even more acute’. When he tried to return to power in 1996, it was too late and he received only 1% of the vote from the constituents of the collapsed Union.

The death of Gorbachev comes at a disoriented juncture for the Russians as it remains deep in war against its former republic state of Ukraine. The failure of Gorbachev to become the linchpin for the Soviet Empire resulted in the perceived victory of the Western camp in winning the Cold War. After the fall of the Berlin Wall and the collapse of the Union, the United States and its allies began inundating former Soviet states into the Western sphere of influence. Highly influential former Soviet republics began switching teams with the United States. Poland, Hungary and the Czechs joined the American NATO in 1999 while Bulgaria, Latvia, Estonia, Romania, Lithuania, Slovakia and Slovenia joined in 2004. The ever-creeping US ideological machine continues to thrust Eastward. America’s attempt to bring Ukraine into its direct sphere of influence triggered Putin’s war machine that launched its invasion of Ukraine to thwart any attempts to install a NATO power in Russia’s backyard.

The policy adopted by hardliners like Vladimir Putin is the opposite of Gorbachev’s so-called peace policy. They blame Gorbachev for the Soviet Union’s fall from grace. While Gorbachev attempted to rule in the American style of governance that led to failure, Putin appears to remain vigilant and downright rejects the Americanisation of the former Soviet Empire. This is in no way to opine that the Russian style of governance is superior to its American counterpart, but simply a comment on the rather colossal ideological confrontation that continues to burn. In 2005, the Russian president called the break-up of the USSR ‘the greatest geopolitical catastrophe of the 20th Century’.

Gorbachev’s life and the collapse of the Soviets continue to stand as examples of the use of Western liberal practice in non-Western nations as a style of governance. Like the fall of the Roman Empire in 476 AD, the disintegration of the Union transpired as a result of replacing stalwart control with liberal-backed suspended governance. The legacy of Gorbachev will remain a silent reminder of a somewhat liberal Russia – one that encouraged individualism and accepted the limitations of collectivism. Yet the question persists if the overwhelming praise of Gorbachev in Western media could ever conceal the marginal ostracism that he suffered on the home front. Gorbachev’s life will remain a consequential pillar in the annals of history in the great East-West control for influence. Rest easy, Mr Gorbachev; rest easy.

This is a serious development. As I have said over and over, the Kremlin’s go-slow limited military operation is a fatal mistake resulting in

Yesterday Edward Snowden was granted Russian citizenship. Snowden had to flee his country, because he released information that proved that the NSA was, and 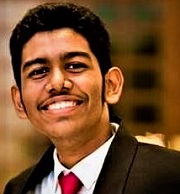