Myanmar’s persistent use of mortars to invade Bangladeshi land amounts to a declaration of war on Myanmar’s part and a diplomatic blunder on the part of the government of Bangladesh. In the most recent incident, Myanmar fired three mortar bombs on September 16 into Bangladeshi territory near the Tambru border in Bandarban, killing one man and injuring six others, who were taken to the hospital that night. On September 3, Myanmar fired at least two deadly shells 120 meters into Bangladesh at the Tambru border. On August 28, it launched two additional mortar shells across the same border into Bangladesh, but they did not explode. On August 20, a comparable occurrence occurred at the same border.

Following each incident, Bangladeshi authorities called the ambassador of Myanmar to Dhaka and gave him protest letters. What started with mortar rounds that hadn’t detonated has so far come to a close with the deaths and injuries caused by shell explosions. Bangladesh has reportedly handled the situation professionally on a bilateral basis up to this point, but all that seems to be happening is escalating tensions, which, according to Myanmar, is a provocation for war. Bangladesh is correct to resist giving up.
All of this suggests, however, that despite their repeated claims to be the best of friends, India, China, and Russia have not been persuaded to help prevent Myanmar from inciting a war with Bangladesh. These countries include India, which has cordial bilateral relations with Myanmar, China, which exerts significant influence over Myanmar, and Russia.

According to media reports, Bangladeshi authorities consider bringing the matter before the UN for resolution if diplomatic attempts to date have been unsuccessful.

In December 2018 China and Russia abstained from UN negotiations, and in December 2017 they opposed a UN resolution on the Rohingya problem. It is understandable that the military-run Myanmar, which has a population one-third that of Bangladesh’s and suffers from low credibility throughout the world, would appear to be breaking international law by shelling Bangladesh, given Bangladesh’s weak strategic and political position on the world stage.

In response to recent casualties at Bangladesh’s Bandarban border, the foreign ministry of Bangladesh summoned Myanmar’s ambassador in Dhaka, Aung Kyaw Moe, and delivered a stern protest letter. Since mid-August, the ministry has summoned the Myanmar ambassador four times for violations of land and airspace by Myanmar along the border in Bandarban’sNaikhongchhari, as well as many incidences in which mortar shells from the neighbouring nation landed on Bangladeshi soil.

To counteract any effects of the unrest in the Rakhine state, the Coastguard and Border Guard Bangladesh (BGB) are still on high alert in the border region. The Myanmar Armed Forces have fired mortar shells into Bangladesh territory on numerous occasions, leaving the population living near the Bangladesh-Myanmar border areas feeling uneasy. In the most recent incident, which happened on Friday night, five mortar rounds fired from Myanmar detonated at a Rohingya camp in a no-land man’s close to Tumbru bazar in Bandarban’s Naikhongchhariupazila, killing a 28-year-old man named Mohammad Iqbal and injuring eight others. An earlier land mine explosion in Bandarban’sNaikhongchhari border area injured a young Bangladeshi man.

The ambassador for Myanmar confirmed that many mortar bombs had been fired into Bangladeshi territory, but he asserted that their insurgent groups had also fired heavy artillery and mortars, some of which had landed on Bangladeshi soil. In this regard, the foreign ministry reaffirmed the government of Bangladesh’s policy of “zero tolerance” toward terrorism and its refusal to harbour any forces threatening the security of its neighbours.

The current crisis is instilling terror among the defenseless citizens residing in Myanmar’s border regions, it has been warned Myanmar.

Bangladesh requested Myanmar to stop engaging in actions that endanger local residents’ lives and means of subsistence. Bangladesh also urged that Myanmar stop its careless military actions close to the border and make sure that no Myanmar-made ammunition enters Bangladeshi territory.

Bangladesh has already said clearly that it wishes to resolve its differences with Myanmar amicably. Therefore, the nation hopes that Myanmar will learn from their error and stop taking actions in the future that would harm bilateral relations.

The Myanmar Armed Forces kept firing many mortar shells into Bangladeshi territory on purpose in an effort to stir up trouble near the border. Bangladesh is working to find a diplomatic resolution with Myanmar because it doesn’t want a war. And the nation will make every effort, taking the matter to the UN if necessary (UN).

The government of Bangladesh, led by Prime Minister Sheikh Hasina, never supports armed conflict and always favours peaceful resolution. Bangladesh is attempting to resolve the issue on a bilateral and multilateral level. We are hopeful that the international community and the UN will step up and take the necessary actions to put an end to this disturbance.

Although a battle with a neighbour is not desirable, a diplomatic solution to the problem should still be sought. If necessary, Bangladeshi authorities should raise this with the UN. To find a solution, it must intensify its diplomatic efforts on a regional and global scale.

Meanwhile, Bangladesh should maintain a standing national army to defend its borders, fend against Myanmar, and avert any dangerous situations.

Today is 1st February 2023. The daring military takeover in Myanmar two years ago on February 1 will be remembered as the start of

Bangladesh: A Promise of Hope

On January 8, 2023, Mohammad Salim, deputy leader of Block B, Rohingya Camp-8 West, in the Ukhiya Sub-District of Cox’s Bazar District, was killed 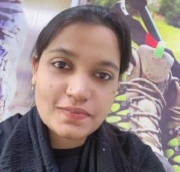