According to a New York Times report of March 1985, former president Ronald Reagan had this to say about the infamous Nicaraguan Contras (guerrillas) who were opposing the Sandinista Communists in that Central American country:

“Speaking about Nicaragua, Mr. Reagan called the rebel forces “our brothers” and ”freedom fighters.And we owe them our help,” he said. ‘You know the truth about them, you know who they’re fighting and why. They are the moral equal of our Founding Fathers and the brave men and women of the French Resistance.”We cannot turn away from them,” he said. ”For the struggle here is not right versus left, but right versus wrong…In making his speech today, against the backdrop of a campaign for renewed Congressional financing for the rebels, the President also sought to provide assurances against United States military involvement in the region.

Fast forward to a report in Associated Press in April 2022:

“President Joe Biden pledged an additional $1.3 billion Thursday for new weapons and economic assistance to help Ukraine in its strong but increasingly difficult battle against the Russian invasion, and he promised to seek much more from Congress to keep the guns, ammunition and cash flowing.The latest military aid, Biden said, will be sent “directly to the front lines of freedom“…Sometimes we will speak softly and carry a large Javelin, because we’re sending a lot of those, Biden said, paraphrasing Theodore Roosevelt and referring to an anti-tank missile system.”

Biden has referred to sanctions as a new form of Statecraft. No, it’s just robbing nations of their money.

I’ve been thinking to myself, where have I seen the current Russia-Ukraine war verbiage/template before with the same presidential speeches, the insidious censorship? Hey! It is the return of the pro-Contras format, except the Ukrainians are a million miles away and they have flags with the colors of the National Football League’s Los Angeles Rams.

The Washington Post and the New York Times—and the former military talking heads on NBC, CBS and CNN portray Zelensky as pure of heart, courageous, and leading the charge on the Donbass frontlines. And according to General Mark Milley, Chairman of the US Joint Chiefs of Staff, saving the Western way of life is at stake, or at least Europe’s, and on Zelensky’s broad shoulders this task must fall (until he has to exercise the US promised Golden Parachute on his exit).

General Milley, what about Vietnam, Panama and Grenada? I mean, you are a Princeton graduate.

So, how did that Nicaragua thing work out? A CIA led war in and out of that country, plus a nifty CIA campaign to sell drugs in the USA to make money to buy weapons and supporting material for the Contras;  the Iran Contra Scandal out of which came the sentences placed on US officials Elliot Abrams, John Poindexter, and Secretary of Defense Casper Weinberger (they all were pardoned by Reagan’s successor, former president George H.W. Bush).

According to the Harvard Crimson reporting in March 1986;

“…it is clear now that the Contras are entirely a creation of U.S. foreign policy–dependent on their paymaster for their limited ability to inflict malicious harm on the Nicaraguan people.There should also be little surprise at the Contras’ brutal methods. Reports from Nicaraguans who have left the rebel organization indicate that 46 of 48 Contra field commanders are former members of late dictator Anastasio Somoza’s National Guard. And, as if their experience in oppression were not enough, CIA advisers supplied the exiles with a training manual which encourages political assassination and details methods of torture.”

Ditto for the Ukrainians too!

Gary Webb of the Mercury News wrote a series called Dark Alliance which exposed alleged CIA involvement in supporting drug running in the USA which was then used to funnel cash proceeds to the Contras. Webb was pilloried by the New York Times, Washington Post and LA Times and was basically “canceled” his career ended when he resigned from the Mercury News.

Think of it. US officials were pardoned (see above) for their roles in the Iran Contra scandal and Gary Webb’s journalism career was tanked in what was a USGOV-MSM setup to discredit him. Controversy still remains over Dark Alliance but it shows how powerful the USGOV-MSM is when it decides to eliminate a journalist who causes trouble. Who is going to be the next Gary Webb?

With the current mainstream media blackout over any criticism of Ukraine—which is the direct result of an effective US military information support operation (MISO) deployed to shape global environments/opinions— no notable MSM reports on Ukraine black market weapons sales, Ukraine using lunatic World War 1-style infantry attacks, crushing opposition parties, censoring criticism and media, attacks on Kherson repeatedly repulsed by the Russians, etc. All we get is MSM visiting the front lines with the 101st Airborne in Romania which is ready to fight yesterday!

It is probably one of the better US government propaganda efforts; well, then again, there are so many US campaigns to choose from. But they all have the same set of lies that support them, always with the words freedom, from the Contras to the Ukrainians. But here is the reality:

“Even before the war erupted, there were ugly examples of authoritarianism in Ukraine’s political governance. Just months after the 2014 Maidan revolution, there were efforts to smother domestic critics, which accelerated as years passed. Ukrainian officials also harassed political dissidents, adopted censorship measures, and barred foreign journalists whom they regarded as critics of the Ukrainian government and its policies. Such offensive actions were criticized by Amnesty International, Human Rights Watch, the Organization for Security and Cooperation in Europe, and other independent observers. The neo‐​Nazi Azov Battalion was an integral part of President Petro Poroshenko’s military and security apparatus, and it has retained that role during Zelensky’s presidency.

Indeed, some repressive measures deepened under Zelensky even before the outbreak of war with Russia. In February 2021, the Ukrainian government closed several (mostly, but not entirely pro‐​Russia) independent media outlets. They did so on the basis of utterly vague, open‐​ended standards. Zelensky has now used the war as a justification for outlawing 11 opposition parties and nationalizing several media outlets. Those are hardly appropriate measures in a democracy, even in wartime,” according to a report in the American Conservative Magazine in October 2022.

West Seeks to Expunge a Civilization

And why the longing to expunge Russia from the face of the earth? Why the hiding behind “I am a minority and my ancestor was killed by the Soviets? Is every Russian guilty of the past? I mean, give me a break. When Russia’s mobilization officials started to call up the wrong citizens and botched up the first steps of the process, it was the Russian people and the media that protested. The president of Russia Valdimir Putin owned up to the error and it was fixed.

I just can’t figure out the basis for the hatred of Russia unless it is that US political and military leaders are so incompetent they don’t know how to deal with an emerging multipolar world.

I was in Russia in 2014 roaming around by myself from Moscow to Crimea and I saw nothing that would threaten me except running out of US dollars, which I did, as US sanctions took effect in the summer of 2014. I could not use my credit card either due to the sanctions. I was in a fix so a history professor that was showing me around Crimea—who worked for the tour company that booked all my flights and hotels—lent me $100 on behalf of the company on a handshake with a promise I would send cash when I returned to Virginia. I did that one day after I got back. Anywhere I went I was usually asked where I was from. I’d say the United States of America. No one attacked me. I was treated with respect and a helping hand wherever I went.

Perhaps the most interesting place to visit was a former Soviet-era nuclear submarine pen in Crimea. It was turned into a tourist attraction. Talk about capitalism!

According to Vladimir Putin who spoke for hours at the recent Valdai Club (can any US politician do that plus Q&A, or can any US citizen listen for hours), the West has gone crazy, indeed:

The very liberal ideology today has changed beyond recognition. If initially classical liberalism understood the freedom of every person as the freedom to say what you want, to do what you want, then already in the 20th century liberals began to declare that the so-called open society has enemies – it turns out that an open society has enemies – and the freedom of such enemies can and should be limited, if not abolished. Now they have reached the point of absurdity, when any alternative point of view is declared subversive propaganda and a threat to democracy.

Cop 27 has just ended in Sharm el-Shaikh (Egypt) without any candid measures to deal with a readily available “Time Bomb”, of climate change 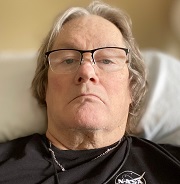 John Stanton lives in the Washington, DC Metropolitan region. He has written hundreds of articles on national security and political matters. He taught a course on national security for nine years at a private school. His commentary has been carried by radio, television and the World Wide Web. John's works are cited in scores of publications relating to national security issues.