Something has got to change in Ukraine, for sure. The plea by 30 left-wing US lawmakers from President Joe Biden’s Democratic Party on Monday seeking a negotiated settlement with Russia to end the Ukraine war is an extraordinary event.

In the US Congress, they form part of a nearly 100-member block called the Congressional Progressive Caucus – chaired by Pramila Jayapal, a representative from Washington state. They are a motley crowd of democratic socialists and self-styled “progressive capitalists,” but what the party bosses cannot ignore is that they stand in the way of the Trumpist juggernaut and their potential to defeat Trumpism can be crucial in 2024.

Therefore, the Biden administration’s low-key initial response to their plea on Ukraine cannot be taken as the last word. In the past 48 hours at least, there has been no tirade against them in the US commentariat.

They made four key elements in their letter addressed to President Biden:

The signatories would have been aware that although the Biden Administration is pursuing a hardline policy, things can change if the midterms hand down a crushing defeat to the Democrats.

Several extraneous factors are also at work. For a start, German Chancellor Olaf Scholz’s planned visit to China comes so soon after the unveiling of the US National Security Strategy in Washington which visualised China as the enemy. Europeans are dissenting.

The French President Emmanuel Macron called on the US to take the lead to engage with the Kremlin, echoing what Hungarian PM Viktor Orban has been demanding. There is discontent in Europe, hit hard by the economic crisis, that the American oil companies are “war profiteering.”

Lurking below the radar is the hidden truth that Ukraine is a basket case with a non-functioning economy. The US cannot expect the European allies to keep that economy afloat.

Meanwhile, a massive military Russian build-up signals plans to launch a major offensive in a few weeks from now aiming to end the war on Moscow’s terms.

However, dovetailing with all this is an unthinkable development casting shadows on the US-UK tandem navigating the Ukraine war, which may turn out to be the ultimate clincher.

What emerges is that the UK Defence Minister Ben Wallace’s secretive visit last week to Washington was more in response to a summons from the White House than a British initiative. Wallace said in a dark tone as he was leaving that there were things to be discussed that were far too sensitive.

At any rate, following the flurry of phone calls on Saturday by Russian Defence Minister Sergey Shoigu with his French, British and US counterparts regarding the possibility of Ukraine using a “dirty bomb” in the war, the foreign ministers of France, the US and the UK promptly issued a joint statement rejecting “Russia’s transparently false allegations” and called it “a pretext for escalation.”

Nonetheless, acting on the Russian allegation, the IAEA has been told to undertake an investigation. Secretary of State Antony Blinken met with Rafael Grossi, the agency’s Director-General on Monday and “welcomed the IAEA’s readiness to visit Ukraine.”

Blinken also spoke with Stoltenberg on Monday and, strangely enough, “called for continued Western unity and support for Ukraine.” But, interestingly, the State Department quietly removed from its website the US-UK-France joint statement.

This was when Russian Foreign Minister Sergey Lavrov disclosed on Monday that “Detailed information indicating the institutions that may be commissioned for this purpose was conveyed through the defence minister [Sergey Shoigu] during his contacts with his counterparts in the United States, Britain, France and Turkey. More contacts are planned between our defence ministries.”

Lavrov added: “Some of our partners have really suggested a discussion of the information we have at a professional military level. This is a kind of approach that we supported.”

Could elements in Kiev be having their own Plan B to escalate the war and drag the US and NATO into it? There are no easy answers.

The bottomline is that “constructive engagement” has begun between Moscow on one side and Washington, London and Paris on the other. But it’s really touch-and-go. The Moscow daily Izvestia quoted the noted Russian military expert Vladislav Shurygin on Monday: “What is a dirty bomb? To create it, all that is necessary is to dig up a barrel with nuclear waste from some power plant, put them in a capsule and then jerk 100 kg of TNT.”

Shurygin explained: “Even in this case, the infection will be in a radius of maybe 500 metres, maybe a kilometre. And then it all starts to sink into the soil… If it is torn in the water or infect the water, then it will all sweep downstream, lie on the bottom and gradually go away. To make the waters of the Dnieper radioactive, I do not even know how much [water] would need to be drained out. Remember, Fukushima poisoned the sea for six months and no one even noticed it. The intention of the Ukrainian authorities is not very clear. If they want to blame it on us, it won’t be easy; when we have “clean” bombs, why we would need “dirty” ones is completely unclear.”

It is no secret that MI6 and SAS are in the driving seat in the Ukrainian military command in Kiev and in the front lines. The paradigm is something like the tail wagging the dog. MI6 calibrates the dynamics of the war while the CIA and Pentagon claim success for Biden’s Russia strategy. MI6 has a whole history of that sort — be it in Iran or the Suez crisis — even in Hong Kong.

The current regime change in Westminster absolves the MI6 of accountability. Of course, Boris Johnson — Zelensky’s best friend, guru and guardian — becomes a burnt-out case. He has discreetly withdrawn his hat from the ring and slunk away.

Kiev has been deprived of its last hurrah, as Russia nips the “dirty bomb” in its buds, clearing the pathway for its grand offensive to end the war. Whether the planned Russian offensive will go ahead would depend on any meeting between Biden and President Putin on the sidelines of the G20 summit in Bali on Nov, 15-16.

The big question is whether this is a wake-up call for the one-dimensional men in the Biden Team. Perhaps, that is too much to expect. But there is no question that the 30 lawmakers stand vindicated. 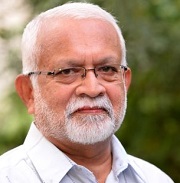