You don’t have to have a PhD., to see through the dumb western propaganda narratives. They are not very believable. The only reason western media can uphold these narratives is by leaving out a majority of facts.

This is the most common way western media manipulates. They tell a shortened version of the story. Or they conveniently forget to mention facts that do not fit the narrative. If all else fails, they can always try to blame Russian or Chinese propaganda tactics. If you don’t believe me, here are 3 examples.

Western Propaganda Example #1: The West Is Only Trying to Uphold International Law.

6 months have passed since Russia invaded Ukraine. We should never justify attacks on sovereign nations. That is what upholding international law means. We should condemn it every time. The west only condemns it when it suits their foreign interests. That is why Israel can freely bomb Syria. No western journalist or politician will condemn it. As long as Turkey agrees to let NATO expand, it is fine that they kill Kurdish civilians in Syria and Iraq. Last time I checked, Syria and Iraq were sovereign countries. So what gives?

Let me use an analogy from my classroom. If I declare a principal rule in my classroom, I have to be ready to enforce it. And I have to do so any time a student violates the rule. This is what having a principle means. Anything else is hypocrisy. If western journalists are not ready to speak the truth to power, they are not journalists. They are propagandists.

Ukraine is defending its territorial integrity. No more, no less. And they do it well. However, Politicians and the media have been very busy. They try to frame Ukraine as a defender of democracy. This is not a role Ukraine can fill. Because they do not respect fundamental democratic traditions.

How else do you explain a law, that bans unions altogether? Is it a democratic tradition to ban parties and tv-stations? The U.S. state department’s own reports do not paint a rosy picture of human rights and democracy in Ukraine. Did you hear this mentioned in the evening news? Gee, I wonder why. Maybe it does not quite fit the narrative of Ukraine as a democratic country.

And did you notice the stunt our media pulled on Amnesty? Amnesty dared to criticize Ukraine for using civilians as military shields. Now, Amnesty is a Russian propaganda machine. This, by the way, is very consistent with how we criticized Russia for banning Amnesty not too long ago. So, is Amnesty a Russian propaganda outlet or an NGO oppressed by Russia? I guess our media pundits cannot decide. Things on the ground change too fast for western propaganda to catch up, I guess.

Western Propaganda Example #3: The West Is a Defender of Human Rights

The depth of human rights abuses by the west is unfathomable. By now, the war on terror has cost at least a million lives. The real number is probably closer to 6 million.

Western media never ask about how western military operations are aligned with international law. And by god, there are many examples. Yugoslavia, Iraq, Libya, Yemen, Syria, … You thought I would forget about the drone strikes, that killed more than 1.400 civilians, didn’t you? Well, I didn’t.

We deliver weapons and military assistance to Saudi Arabia. So they can butcher Yemeni children. No questions asked. When did you ever hear a news report questioning our involvement in the genocide?

Here is what is even more interesting. How western journalists back the torture of Julian Assange. In the best case, they stay silent and try not to mention anything about him. That is because he committed a heinous crime. He published evidence of western war crimes. For this, he faces severe punishment in solitary confinement. Which is torture.

Western journalists almost never call out human rights abuses by western countries. It is easy to criticize Russia and China. It is much harder to call out the truth on your home turf. There is no better term to use for this behaviour than propaganda.

It does not matter which media you consume. You should not assume that you get objective journalism. If facts do not fit the narrative, western media often leave them out. This is no different from what Russian, Chinese, or any other media around the world does. Want to avoid getting marinated in western propaganda?

You should be ready to get nosy about what journalists do not mention. It actually does not take a lot of digging to reveal, that the narratives do not hold up to the mirror of reality. But where will you find the sources that contradict these narratives? Almost never in news reports by western media. Go look elsewhere.

What you do with the information is up to you. Don’t come blaming me for your cognitive dissonance. That is your responsibility to deal with. 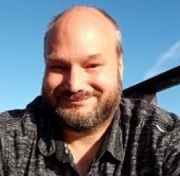 Alexander Benesch is an educator and writer. He runs his personal blog on abenesch.info