The following article, describing the economic situation of post-war United Kingdom (UK), extracts information from “The Power of Capitalism” by Rainer Zitelmann. The reader is encouraged to refer to this book for more details and references.

When the Conservative Party (Tories) returned to power in 1951 Winston Churchill retained the majority of the socialist policies. During the 50s and 60s the UK enjoyed an improved standard of living by having low unemployment and increased consumption. But it still lagged behind other European countries such as West Germany, where the number of telephones, refrigerators, TV sets and washing machines were higher per 100 residents. The gap continued to widen because productivity was too low.

The Impact of Unions and Strikes

During the 70s the UK’s weakness became obvious. The country was disabled with frequent strikes. The German magazine Der Spiegel in 1974 reported:

“A row about wages and nationalised collieries turned into a showdown between the government and unions, which has plunged the country into ‘a new dark age’. Over a million people are already unemployed, over two million only in part-time employment, with a further ten million plus – almost half of the British workforce – likely to suffer the same fate in the next few weeks… the imperial avenues (of London) more sparsely lit than the streets in the urban slums of the UK’s former colonies. Candles flicker in the offices of the financial district, while hurricane lamps provide emergency lighting in department stores, and warehouses are illuminated by the headlights of lorries. Only one in four radiators is turned on inside the prime minister’s residence at 10, Downing Street, and signs at underground stations advise passengers to take the stairs as escalators have been taken out of service to save power”.

The trade unions were very powerful. The shop stewards (the union’s spokesmen within companies) were able to call a strike and break agreements whenever they wanted to. Neither the unions nor their officials could be held accountable for damages.

For some union officials their own interest and envy of co-workers mattered more. The rivalry between two steelworkers’ unions delayed the testing of new manufacturing equipment for months. The dockworkers’ union protested against the construction of state-of-the-art container terminals, because loading was to be done by a different sector. England’s most advanced high-speed train stood idle for half a year because railroad workers’ union insisted on two drivers, although there was only room enough for one in the operator’s cabin. During the 70s, 466 unions averaged 2000 strikes and 13 million working day losses per year.

Conditions escalated during the winter of 1978, when the country was paralysed by more strikes leading to the transport system breaking down and rotting garbage piling up on pavements.

In 1979 Margaret Thatcher became prime minister. She had studied the writings of the classical liberal economist Friedrich Hayek, and being impressed by his criticisms of welfare state socialism she put his free-market ideas into practice. She faced massive resistance from unions as well as many socialists in her own Tory government.

Thatcher’s pro-market reforms focused initially on inflation. She resisted price controls and abolished the Price Commission. This led to a sharp rise in unemployment from 1.3 to 3 million between 1979 and 83. Thatcher said “The paradox which neither the British trade unions nor the socialists were prepared to accept was that an increase of productivity is likely initially, to reduce the number of jobs before creating the wealth that sustains new ones”. Inflation fell in the short term, accompanied by a significant improvement in productivity.

Thatcher cut marginal tax rates from 33% to 25% in the lowest brackets, and from 83% to 40% in the highest. To balance the budget she was forced to increase VAT from 12.5% to 15%. She reduced bureaucracy by expediting planning permissions and simplifying or abolishing planning controls.

Many miners didn’t the support the strike, and violence was used to prevent them from working. Attacks on police by striking workers or sympathizers resulted in serious injuries. Families of miners who did not participate were threatened or bullied. A Welsh taxi driver was killed by two miners who dropped a concrete block from a footbridge onto his taxi while he was transporting a strike-breaking miner to work. Thatcher refused to give in, and the unions had to abandon the strike when money ran out. Their defeat had a symbolic impact and broke the power of the unions, who had lost a third of their members and much political influence.

The Impact of Privatisation

Thatcher saw privatisation as “one of the central means of reversing the corrosive and corrupting effects of socialism”. Far from putting the people in control, public ownership simply “amounts to control by politicians and civil servants. But through privatisation – particularly the kind of privatisation which leads to the widest possible share ownership by members of the public – the state’s power is reduced and the power of the people enhanced”.

When British Telecom, employing 250,000, was privatised 2 million Britons bought shares in what was then the largest Initial Public Offering (IPO) in history. Around half had never owned shares before. During Thatcher’s premiership, public share ownership rose from 7% to 25%.

Subsequent privatisations included British Airways, British Petroleum (BP), Rolls Royce, Jaguar, shipbuilding companies and several utilities. This resulted in the state losing its dominance in the economy. Local councils sold off much of their housing stock to tenants to create a million new homeowners.

Privatisation caused prices to fall and service quality to improve. New telephone line subscriptions, which previously took months or a bribe to obtain, could now be obtained in just 8 days with the price having dropped 50%.

Thatcher deregulated the finance sector by abolishing currency and capital controls. In 1986 she liberalized rules on share trading and the stock exchange, and eliminated restrictions on foreign banks. As a result London became the world’s leading financial centre, rivalled only by New York, with thousands of new jobs created by foreign bank branches.

In 1976 sovereign default was imminent and the government was forced to borrow 3.9 billion USD from the IMF. In 1989 this situation had completely turned around and the economy generated a surplus of 1.6%. This was possible due to increased tax revenue from foreign businesses.

Thatcher in her memoirs says there “was still much I would have liked to do”, “Britain under my premiership was the first country to reverse the onward march of socialism”.

The stuffy socialist culture of envy was replaced by a pro-market and pro-business environment where ambition was richly rewarded, leading to sharp increases in the number of private business and self-employment. The number of businesses registered rose from 1.89 to 3 million between 1979 to 89, while self-employment grew from 1.9 to 3.5 million. State-ownership reduced by 60%, 600,000 jobs had passed from the public to private sector, with 3.32 million jobs created between 1983 and 90.

Thatcher was voted into office to liberate the economy from state control. The British honoured her by re-electing her twice. Her premiership lasted 11 years, longer than any other 20th century British politician. Her policies were so successful that, in the following years, Tony Blair’s Labour government broke with party tradition and made no attempt to reverse them.

The Sri Lankan crisis is caused by an excess of government control and an overlarge public sector. Thatcher was faced with a similar situation. Despite public opposition, she resisted currency and capital controls and adopted free markets. Her courage was rewarded with a flourishing British economy.

West Germany and Chile are two other examples of countries that have had problems similar to Sri Lanka. They also adopted free-market policies and have now become first world nations.

Related Articles by the Author

What does Ranil Wickremasinghe have up his sleeve?

Whatever it is, equipped with his education, native intelligence and acquired political wisdom, he will be able to hold the country whole until it

I am writing from Dhaka, Bangladesh. I wish a very happy New Year 2023 to Sri Lanka and its people. In the New Year-2023, 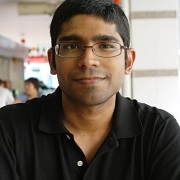 M. Rizwan Muzzammil is currently resides in Singapore where he works as a civil engineer. He has a keen interest in economics. He can be reached by email at write2rizwan.m@gmail.com

What does Ranil Wickremasinghe have up his sleeve?