Who was he, really? The first two decades of his spy career were spent embedded in the state-owned Xinhua News Agency, giving him rare opportunities to travel the world.

The following excerpts are adapted from the author’s new book, Spies and Lies: How China’s Greatest Covert Operations Fooled the World published by Hardie Grant Books

Yu Enguang’s story has never previously been told. Before his death in 2013, he rose into the highest ranks of China’s intelligence community. He was instrumental in creating the organisations, practices and culture that make influence operations by today’s Ministry of State Security so successful. The MSS continues to emulate the boldness Yu showed as he engaged directly with an international power player, turning Soros’s dream of an open society in China into a source of funds, legitimacy and cover for influence operations.

To foreigners who met him, Yu seemed like a man deeply interested in and acquainted with the capitalist world, not some paranoid Stalinist. He was a witty and memorable character, skilled at interacting with targets and adept at English – something that stands out in all accounts. While posted to America undercover as a Xinhua journalist, he charmed a Washington Post reporter with his commentary on the Cantonese meal they were sharing. He’d been trained well – the ability to introduce Chinese cuisine to foreigners was specifically drilled into Chinese spies during their English-language courses.

Yu made a mark on Soros representative Liang Heng too, who was persuaded to accept MSS control over the China Fund: ‘The impression Yu gave me was quite good. He was about fifty, tall, with strong eyebrows, big eyes and a sophisticated manner and he talked pragmatically … he’d been to many countries, seen and experienced much, and spoke fluent English.’3 Soros likewise bonded with him, despite some apprehension about his special background. Both of them had lived in London and Soros liked the British accent of Yu’s English.

Yu was not just any MSS officer. At the time he was a vice minister of the agency and among the Communist Party’s top foreign intelligence officers. Few within the agency could rival the depth of his overseas experience. Most of all, his operations in hostile capitalist nations taught him that loyalty to the Party came before all else. Only a politically secure officer would feel comfortable ‘dropping cover’ by revealing his MSS affiliation to Liang and Soros. This is also reflected in the fact that he was trusted to represent the MSS abroad, where he built partnerships with foreign intelligence agencies such as in Afghanistan.

But who was he, really? The first two decades of his spy career were spent embedded in the state-owned Xinhua News Agency, giving him rare opportunities to travel the world. In the 1970s he worked in Xinhua’s London bureau for eight years. One Thai woman living in London who met him at a Chinese embassy function noted that ‘he often worked at home late at night writing dispatches’. Clearly, he had more on his plate than journalism.

From London he was reassigned to the United States, which had only recently opened diplomatic relations with the People’s Republic of China (PRC). During the Carter and Reagan years he headed the newly established Xinhua bureau in Washington, DC, overseeing coverage of the White House. ‘While I tirelessly reported on the activities and speeches of Carter, Mondale, Reagan and Bush and other key White House figures, I also observed many phenomena and gathered many materials,’ he reflected years later in a compilation of his US reportage, which doesn’t reveal his MSS affiliation. Hinting at his dual life as a spy and a journalist, he wrote that it was a job where most achievements were ‘fragile goods, and hard to attach to my name’. By 1985, while he was officially deputy director of the Xinhua department responsible for foreign correspondents, he was in fact probably leading an entire bureau of MSS officers.

Yet ‘Yu Enguang’ may not have existed at all. MSS officers use pseudonyms throughout their careers, even as vice ministers. These aliases often read like puns on their true names, with characters dissected and jumbled into new ones, or surnames replaced with homophones.

Yu is no exception. Though one writer on Chinese espionage assumed they were different people, little-known MSS vice minister Yu Fang looks identical to Yu Enguang. In the only published photo of Yu Fang, taken after his retirement, he stands with the same slouch, wears the same belt and dons the same pair of shaded glasses as Yu Enguang. Both reportedly studied at Renmin University and grew up in Liaoning province in China’s northeast. Yu Enguang was just a pseudonym for Yu Fang.

Among his comrades in the MSS, Yu Fang was just as respected as ‘Yu Enguang’ was by the targets he cultivated. At some point in his career he headed the agency’s important central administrative office, and in the early nineties helped secure the passage of China’s first National Security Law, which expanded and codified MSS powers. The authors of several MSS publications, marked for internal distribution only, thank him for advising on and improving their drafts. He also oversaw MSS production and censorship of histories, TV dramas and movies about spies, which were designed to build public awareness and support for the MSS’s mission.

Ironically for a man who helped bring Chinese intelligence history into the public sphere, Yu’s true legacy is an official secret. Official references to his achievements are brief and elliptical. The authoritative People’s Daily eulogised him in 2013, an honour only a handful of intelligence officers receive: ‘In his sixty years of life in the revolution, Comrade Yu Fang was loyal to the Party, scrupulously carried out his duties and selflessly offered himself to the Party’s endeavours, making important contributions to the Party’s state security endeavour.’ The article also noted that he’d been a member of the National People’s Congress, China’s national legislature, but lists of delegates include only his pseudonym.

The MSS seizure of the China Fund was an impressive display of the agency’s confidence in engaging with one of America’s best-connected and wealthiest men. What it learnt could be applied to future operations as the agency grew more aggressive and internationally focused over the following decade. But it was far from a flawless effort: exposing Yu Enguang and CICEC as arms of the MSS leads to a string of covert operations against the United States, continuing right to the present day.

Soros had at first accepted the management change at his China Fund as a necessary cost of operating in China. Liang Heng claims he told Soros the truth about Yu’s identity in 1988. The MSS and Ministry of Public Security ‘were co-equal and they couldn’t interfere in each other’s affairs’, Soros argued in 2019, but partnering with the MSS offered quite the opposite of protection in the end. He may have thought he could handle the situation, that his ties to Party leaders could override the conservative proclivities of their spies. After all, his political philanthropy was thriving in Hungary and the Soviet Union despite their security agencies having been formed in the same ideological mould as the MSS.

America’s longest war, Afghanistan, has been called “the forgotten war,” which, for those who fought in it and are still suffering from it, is

The President of Kazakhstan Kassym-Jomart Tokayev made a tantalising remark to reporters on Sunday that his country will pursue a multi-vector policy. As he 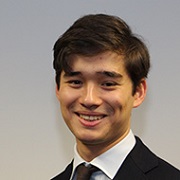 Alex Joske was the youngest-ever analyst at the Australian Strategic Policy Institute and is known for meticulous Chinese-language investigations grounded in authoritative and independently verifiable sources. His research on Chinese Communist Party influence and intelligence efforts has withstood intense scrutiny and shaped the thinking of governments and policymakers globally. He lives in Canberra, Australia, and previously lived in Beijing for six years.