In recent days, two pieces of news related to China have widely caught the eyes in Sri Lanka. Early this month, after U.S. House Speaker Nancy Pelosi’s sneaky visit to China’s Taiwan region, the Chinese side responded with firm countermeasures immediately. Over 170 countries around the world have all expressed their firm support for the One-China Principle and strong objection against the US provocation. I’m grateful to see that H.E. President Ranil Wickremesinghe, many Sri Lanka’s political parties and social groups have also openly spoken up for justice in support of China.

Meanwhile, in the middle of this month, with China and Sri Lanka having altogether resisted the rude and unreasonable interference from third parties, the Chinese scientific research vessel “Yuan Wang 5” has successfully docked at the Hambantota Port for replenishment after receiving the latest approval from the Sri Lankan government. Those two matters may seem irrelevant and thousands of miles apart, but both share a same great significance between China and Sri Lanka, that is to jointly safeguard each other’s sovereignty, independence, and territorial integrity. The two matters, both the process and results, have also fully shown a fine tradition in our bilateral relations, that is since the diplomatic ties was established 65 years ago, China and Sri Lanka have always been mutually understanding, respecting and supporting each other on issues of core interests and major concerns.

In October 1971, UN Resolution 2758, co-sponsored by Sri Lanka (then Ceylon) and 22 other countries, was adopted with an overwhelming majority of votes in the 26th Session of the United Nations General Assembly. The Resolution officially acknowledges the One-China Principle and the position that There is but one China in the world, Taiwan is an inalienable part of China’s territory, and the Government of the People’s Republic of China (PRC) is the sole legal government representing the whole of China. It also recognizes PRC as the only legitimate representative of China to the United Nations. Since then, the One-China Principle has become a common understanding of the international society and a basic norm of international relations, and upon that principle, 181 countries including the US have established diplomatic relations with the People’s Republic of China.

Nancy Pelosi’s visit is a serious violation of the One-China Principle and the provisions of the three China-U.S. joint communiqués. It seriously infringes on China’s sovereignty and territorial integrity gravely undermines peace and stability across the Taiwan Strait and sends a seriously wrong signal to the “Taiwan independence” separatist forces. However, I noticed that some local newspapers have forwarded voices from western media, falsely claiming that China “overreacts, escalates the tension and changes the Taiwan Strait status quo”, which are just their habitual tactics of standing facts on the heads and of a thief crying “stop thief”. It is the US and the Taiwan separatists that committed irresponsible acts, and change and escalate the Taiwan Strait situation, not China. China has every reason to respond unhesitantly to the severe impacts caused by the Taiwan visit of Speaker Pelosi, second in line to the US presidency and the No. 3 official of the US government.

Upholding the One-China Principle is not only about safeguarding China’s core interests, but also about safeguarding the UN Charter and the basic norms of international relations. If China and the international society had not resisted such extremely irresponsible and irrational acts by the US side, the general principle of Non-Interference, National Sovereignty and Territorial Integrity in international relations would have just become a mere scrap of paper. More seriously, the world might slide back to jungle rules and barbarian times. With separatists and extremists being encouraged, national sovereignty and territorial integrity of medium and small countries might be severely challenged. The peace and stability in the region and the world enjoyed by countries including Sri Lanka would also suffer serious damage.

Just like Sri Lanka, China had suffered a hundred years of humiliation from 1840 to 1949. Because of a similar dark experience, China has always been supporting Sri Lanka in the international for protecting its sovereignty, independence, and territorial integrity. We will continue to do that.

Looking back at the great history of the island, Sri Lanka overcome aggression from its northern neighbour 17 times, colonization by the west for 450 years, and an anti-terrorism war for nearly 3 decades, is now still standing in the world bravely and proudly. Any infringement on the national sovereignty, independence and territorial integrity of Sri Lanka shall not be tolerated. Approving a foreign vessel’s port call at Hambantota or any other port for replenishment is a decision made by the Sri Lankan government completely within its sovereignty, not to mention all the scientific research activities of “Yuan Wang 5” comply with the international law and common international practice. External obstruction based on so-called “security concerns” but without any evidence from certain forces is de facto a thorough interference into Sri Lanka’s sovereignty and independence. Fortunately, with China and Sri Lanka’s joint efforts, the incident was resolved properly, which not only safeguards Sri Lanka’s sovereignty and independence but also defends international fairness and justice once again.

Just like Sri Lanka, China had suffered a hundred years of humiliation from 1840 to 1949. Because of a similar dark experience, China has always been supporting Sri Lanka in the international for protecting its sovereignty, independence, and territorial integrity. We will continue to do that. In contrast, some countries, far or near, always make various groundless excuses to bully Sri Lanka and trample on Sri Lanka’s sovereignty and independence repeatedly. Next month, the the51stsession of the UN Human Rights Council will be held in Geneva where human rights issues in Sri Lanka might probably be stirred up again. As the Sri Lankan people are still grappling with severe economic and humanitarian difficulties, many might wonder what those countries who have been always preaching about human rights will actually do. Will they help Sri Lanka to ease its human rights crisis by providing concrete support? Or will they again use human rights as a cover-up tool to interfere into the island nation’s internal affairs and continue to rub salt into the wound of Sri Lankan people? Just let’s wait and see. 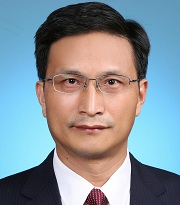 Qi Zhenhong is a Chinese diplomat. After joining Beijing Service Bureau for Diplomatic Missions (DSB) in the late 1980s he worked in various capacities from an Economist to Ambassador Extraordinary and Plenipotentiary in the Kingdom of Bahrain. He is a former President of the China Institute of International Studies and currently serving as the Chinese Ambassador to Sri Lanka.