On January 8, 2023, Mohammad Salim, deputy leader of Block B, Rohingya Camp-8 West, in the Ukhiya Sub-District of Cox’s Bazar District, was killed by the Arakan Rohingya Salvation Army (ARSA).

On January 7, Mohammad Rashid, the leader of Block A, Rohingya Camp-15, in Teknaf Sub-District of Cox’s Bazar District, was killed by masked assailants.

On January 6, 2023, an insurgent, identified as Nurunnabi, was injured in a shootout that took place between two terrorist groups at Block B-39, Rohingya Camp-8 East, in Ukhiya. The members of the Armed Police Battalion (APBn) and law enforcement agencies recovered a grenade from the house of the injured insurgent.

The prominent incidents in 2022 included:

December 26: A group of 12 armed militants of ARSA shot dead a Rohingya leader in Block 16, Rohingya Camp-8 West in Ukhiya. The dead person was identified as Mohammad Hossain alias Shafique who was the leader of Block B.

ARSA, a lethal insurgent group based in Myanmar, is escalating activities in Bangladesh. Investigations against ARSA ‘commander-in-chief’ Ataullah abu Ammar Jununi and 65 others were launched on November 23, 2022, in the case of the killing of a Directorate General of Forces Intelligence officer, Rizwan Rushdee, and the injuring of a Rapid Action Battalion (RAB) trooper, during an anti-smuggling operation in the Bandarban District on November 14, 2022.In October 2022, ARSA was responsible for multiple incidents of killing, attacks and threats in Rohingya camps in Cox’s Bazar. In 30 attacks just between August and October 2022, ARSA killed or injured Rohingyas by shooting, hacking and separating organs, to create a reign of terror among the refugees. According to partial data compiled by the Institute for Conflict Management (ICM), in the year 2022, nine ARSA-linked incidents of violence have been reported in Bangladesh, in which five persons (three civilians and two militants) were killed and another six (all civilians) were injured.

Moreover, there has been a marked increase in unlawful activities in the Rohingya refugee camps, through 2022, due to the growing and active presence of organized gangs. According to an August 11, 2022, report, Rohingyas had formed at least 20 organised armed gangs, presently active in the refugee camps, prominently including the ‘Salman Shah Group’, ‘Putia Group’, ‘Munna Group’, ‘Hakim Group’, and ‘Jokir Group’. The gangs were involved in serious crimes such as arms, drugs and human trafficking, gold smuggling, kidnapping, extortion and killing. They were also involved in robberies, burglaries, cybercrime, sexual violence and harassment, as well as illegal SIM card and the hundi (money laundering) trade. They have also been involved in grabbing land from Bangladeshi citizens and also run juvenile gangs.

As reported on August 11, 2022, some 101 Rohingyas have been killed in the last five years in internal conflicts among these gangs. In October, 2021, a report indicated that shoot-outs and clashes between these gangs in the Rohingya camp areas were motivated by efforts to establish supremacy and taking control of the illegal Yaba (a cocktail of methamphetamine and caffeine) and gold smuggling, money laundering, and extortion rackets that have proliferated there. As reported on October 3, 2021, the Officer-in-charge (OC) of Teknaf model Police Station in Cox’s Bazar District, Hafizur Rahman disclosed that a total of 27 cases have been filed against just one such group – the Hakim Group.

Moreover, some 100 armed groups, prominently including ARSA, the Rohingya Solidarity Organization (RSO), the Arakan Rohingya Army (ARA), and Jamaat-e-Arakan, are engaged in a turf war to control the camps. The conflict is most violent between ARSA and RSO. ARSA and ARA, led by Nabi Hossain, who was part of ARSA, but left the groups in 2020, are also violently engaged in their efforts to dominate the region. Though no authoritative data is available about the losses faced by these groups, Fawz-ul-Kabir alias Moulavi Abu Anas, ARSA ‘second-in-command’, who reportedly resigned from the outfit in June 2022, has publicly criticized the ARSA leadership for recent casualties suffered by the group at the hands of RSO.

Meanwhile, ARSA has targeted members of the Arakan Rohingya Society for Peace and Human Rights (ARSPHR), a group that represents parts of the refugee community. Chairman of the ARSPHR and a prominent Rohingya leader, Master Mohibullah, was shot dead by suspected ARSA militants at his office in Kutupalong, Cox’s Bazar District, on September 29, 2021. Subsequently, several ARSPHR members have been killed by ARSA. In the most prominent incident, on October 22, 2021, at least six Rohingya refugees, who were followers of Master Mohibullah, were killed and eight were injured, inside a refugee camp in Ukhiya.

On September 19, 2022, reacting to the rising waves of crime and violence Home Minister Asaduzzaman Khan Kamal declared that no more Rohingya would be allowed to enter the country. Those who had come earlier, fleeing persecution in Myanmar, have created many problems, he added.

On October 27, 2022, three battalions of APBn arrested at least 41 Rohingyas, including six murder accused, in a special operation, ‘Operation Root Out’, in the refugee camps in Cox’s Bazar.

In addition, the Chittagong Hill Tracts (CHT) region, consisting of three hilly, forested southeastern Districts of Bandarban, Rangamati, and Khagracchari, is experiencing increasing ethnic violence even after 25 years of the signing of the CHT Accord of 1997. According to partial data collated by SATP, in 2022 incidents of violence have risen, with 15 fatalities recorded in 2022, as compared to 10 through 2021. The reasons for the increase are, the emergence of ethnicity based armed group, the Kuki-Chin National Front (KCNF) and the Marma National Party in CHT, which has challenged existing groups such as the Parbatya Chattagram Jana Samhati Samiti (PCJSS) and the United People’s Democratic Front (UPDF). The KCNF, an armed organization led by erstwhile PCJSS member Nathan Loncheu Bawm, appeared in 2021. Although it was first announced as the Kuki-Chin National Development Organization (KNDO), its latest incarnation as KCNF was declared after KNDO’s head, Nathan Loncheu Bawm, failed to contest the 2018 elections. KCNF’s main demand is the formation of an autonomous state for the ‘greater Kuki-Chin race’, within the CHT.

Moreover, as reported on January 4, 2023, there are concerns in the CHT that a vested quarter has been providing backing and shelter to armed terrorist groups, while meting out suppressive measures and imposing the responsibility for terrorist activities upon the Jumma people engaged in the movement demanding implementation of the CHT Accord. One such terrorist group is the KCNF, which is reportedly providing shelter and military training to an Islamist militant group, the Jamatul Ansar Fil Hind al Sharqiya (JAFHS), in their hideouts in the remote Ruma township in the southern part of CHT. On January 12, 2023, RAB disclosed that 12 operatives of JAFHS and 14 operatives of KCNF had been arrested, to that date, in the ongoing anti-militancy drive that started on October 10, 2022. On October 20, 2022, RAB arrested seven JAFHS operatives. The arrestees confessed that they had an agreement with KCNF to provide them shelter and training in exchange for money.

Meanwhile, the Bangladesh government continued to articulate and implement a zero-tolerance policy towards Islamist terrorism and the use of its territory as a terrorist safe haven. Through 2022, there was not a single case of a fatality related to proscribed Islamist terrorist groups reported in the country, continuing with the trend established in the previous year, 2021.

2022 witnessed a total of 263 arrests of Islamist terrorists/radicals belonging to various outfits, including 200 Jamaat-e-Islami-Islami Chhatra Shibir (JeI-ICS), 12 JAFHS, 10 Jamaatul Muslimeen, eight Ansar al-Islam, seven Hizb-ut-Tahrir (HuT), among others. Also, as reported on June 30, 2022, the Counter-Terrorism and Transnational Crime (CTTC) unit of the Dhaka Metropolitan Police (DMP) started a process of deradicalizing militants inside prisons under the “Construction of the Counter-Terrorism and Transnational Crime Prevention Centre of Bangladesh Police”. Under this process, social, clinical, and educational psychologists; religious clerics, and counterterrorism experts were expected to start deradicalizing jailed militants and also those on bail from June 2022 onwards, CTTC chief Mohammad Asaduzzaman disclosed. While reiterating the zero tolerance policy on November 17, 2022, Prime Minister Sheikh Hasina stated,

Let us all hold peace, the message of Islam in our hearts and eradicate darkness, illiteracy, discord, violence, terrorism and militancy from the society; resist the evil forces which are making misinterpretation of Islam. We’ve adopted zero tolerance towards militancy to uphold the peaceful glory of holy Islam by keeping the country free from militancy.

Meanwhile, the last quarter of 2022 recorded some violent incidents and clashes involving members of Bangladesh Nationalist Party (BNP) and Awami League (AL), including:

November 28: Multiple cocktail bomb explosions occurred in the AL office in the Chanda area of the Kaliakoir Sub-District in Gazipur District. Two cases have been filed against 27 leaders and activists of BNP and more than 200 others for their alleged involvement in the explosions. On the same day, two bombs exploded at a fish farm on the Trimoni intersection in Gangni city in Meherpur District. Police later recovered another three bombs from the site of the explosion. However, no casualty was reported. A case was registered against 11 leaders and activists of BNP and its allied organizations in connection with the blasts.

November 29: Two AL members were injured as a crude bomb exploded in the AL party office in the Dhangora Junction area in Raiganj Sub-District, Sirajganj District. Later, BNP activists and two party leaders were charged. Raiganj BNP municipality unit convener Ainul Haque, its secretary Khairul Islam, and 20 named and 150 unnamed BNP men were accused in the case. Apart from direct violence, BNP and its allies are also working at the international level with various lobbies, to target the AL Government.

Meanwhile, on December 7, 2022, Sheikh Hasina declared that Bangladesh’s next general elections will be held during the first week of January 2024.

With elections in the coming year, and the increased activities of BNP and its cohorts, the situation in Bangladesh is likely to become precarious. Security Forces’ successes against the Islamists are, certainly, a signal achievement, but Islamist radicalization remains widespread, and the disruptive efforts of terrorist formations – some old and some new – persist. Moreover, the troubles in the Rohingya refugee camps have created new and serious threats to the internal peace and security of Bangladesh in general, and the Cox’s Bazar District and Bhashan Char, in particular. The escalating violence in CHT, is another flashpoint of concern.  A relatively peaceful for Bangladesh could find itself abruptly destabilized as the General Elections approach.

Future of People’s Resistance in Kashmir

Introduction: Kashmir is a region in northern India that has long been at the focus of a territorial dispute between India and Pakistan. Since 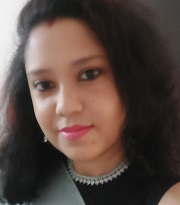 Sanchita Bhattacharya is a Research Fellow at Institute for Conflict Management in New Delhi, India

Future of People’s Resistance in Kashmir