Those who were born in Tamil Nadu and now living in  Tamil Nadu or other states in India or outside India feel proud about the historical traditions, culture and value system inherent in Tamil Nadu for the last several centuries. Unfortunately, in recent times, many undesirable political developments have taken place in Tamil Nadu that mar the image of Tamil Nadu as a cultured state.

In the last eighteen months, some approaches of the Tamil Nadu government have caused considerable concern to the cross-section of Tamil-speaking people now living in Tamil Nadu and across the world.

The political party which won the last election and came to power made many promises in the pre -election campaign, most of which do not make any economic sense but are good enough to please the gullible public.  After coming to power, while some minor promises have been implemented, several major promises could not be implemented, as Tamil Nadu’s finances are in extremely bad shape. In such conditions,  the political party governing the state is facing criticism, which it is unable to counter by an appropriate response.

In such conditions, the party in power is creating new issues, in such a way that people’s attention can be diverted to such non-issues, so that the criticism against the non-implementation of the pre -election promises by the government would not be focused.

It is a fact that the present government is systematically trying to discredit Hinduism in several ways, by disturbing the smooth functioning of the Hindu temples where poorly trained priests are being appointed and in the process, driving out the experienced and traditional priests from Hindu temples.  This could cause serious uncertainty and confusion in the way that Hindu Gods are worshipped in the temples.

The government mislead the people by saying that it is supporting the Hindu temples by retrieving the encroached land and at the same time, it is taking away the gold and silver belonging to temples which do not belong to the government.

Several speeches made by those belonging to the party in power and their allied parties have been decrying the Hindu religious practices. It is ridiculous that they say that those belonging to Hindu religion are the children of prostitutes.  Many similar extremely undesirable statements have been made against Hindu religious practices.  Obviously, the party in power is causing public debate over such continuous utterances to divert the attention of the people, while such persons speaking against Hindu religion go unpunished and scot-free.

There are so many other incidents that can be readily cited to indicate the diversionary tactics of the party in power, to conceal it’s poor governance.

The finances of the Tamil Nadu government are in very poor shape and several public sector undertakings like transport, TANGEDCO are in deep red. However,  the government continues to borrow more money even while the present debt burden on the state is around Rs.7 lakh crore.  Meanwhile, unconcerned about the situation, many unproductive expenses are being incurred.

People addicted to liquor in Tamil Nadu are increasing at an alarming rate and social stability and family harmony in the state have been seriously disrupted.  Murders and the use of ganja are reportedly increasing, particularly among the youth.

The recent controversy deliberately created by the state government with regard to its relation with Tamil Nadu governor is extremely in poor taste. The Tamil Nadu governor is conducting himself with a high level of dignity, in spite of many provocations and particularly by the persons belonging to the ruling party and its allies who are using extremely undesirable and vulgar language against the state governor.

To add insult to injury, the  Tamil Nadu Chief Minister deliberately and in a calculated manner insulted the governor, when he came to the Assembly to deliver his customary speech.

It is really silly on the part of the Tamil Nadu Chief Minister to make an issue with the governor, for the governor using the name Thamizhagam instead of Tamil Nadu in his speech.  There is really no difference between these two names and traditionally in many forums and writings by the government and the people, the word Tamizhagam is being used for several hundreds of years.  This is because people, poets, writers and everyone feel more emotionally satisfied using the word Thamizhaam instead of Tamil Nadu. Now, the Tamil Nadu government is demanding that the governor should be sacked, which is condemnable.

All said and done, the ground reality is that the present party in power in Tamil Nadu has wasted it’s opportunity to govern the state adequately. It seems to be more focused on creating controversies and is not focusing on reducing corruption and nepotism or in enhancing the reputation of Tamil Nadu in the eyes of the world by good governance.

The widespread feeling amongst people in Tamil Nadu is that Tamil Nadu deserves better.

Challenges and Opportunities for Annamalai in Tamil Nadu Politics 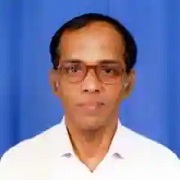 Challenges and Opportunities for Annamalai in Tamil Nadu Politics