Scientists in Cuba believe that the breakthroughs they have made in the health care and technology sectors should be used to save and improve lives beyond the country’s borders. This is why the island nation has developed important scientific and medical partnerships with organizations and governments across the globe, including with those in Mexico, Palestine, Angola, Colombia, Iran, and Brazil. However, such collaborations are difficult due to the blockade imposed on Cuba by the United States, which has now been in place for the last six decades.

In a conference, “Building Our Future,” held in Havana in November 2022, which brought together youth from Cuba and the United States, scientists at the Cuban Center of Molecular Immunology (CIM) stated during a presentation that the blockade hurts the people of the United States, too. By lifting the sanctions against Cuba, the scientists argued, the people of the United States could have access to life-saving treatments being developed in Cuba, especially against diseases such as diabetes, which ravage working-class communities each year.

A Cure for Diabetes

Cuban scientists have developed both a lung cancer vaccine and a groundbreaking diabetes treatment. The new diabetes treatment, Heberprot-P, developed by the Cuban Center for Genetic Engineering and Biotechnology (CIGB), can reduce leg amputations of people with diabetic foot ulcers by more than four times. The medication contains a recombinant human epidermal growth factor that, when injected into a foot ulcer, accelerates its healing process, thereby, reducing diabetes-related amputations. And yet, despite the fact that the medication has been registered in Cuba since 2006, and has been registered in several other countries since, people in the United States are unable to get access to Heberprot-P.

Diabetes was the eighth leading cause of death in the United States in 2020, according to the Centers for Disease Control and Prevention, killing more than 100,000 patients in that year. “Foot ulcers are among the most common complications of patients who have diabetes,” which can escalate into lower limb amputations, according to a report in the National Center for Biotechnology Information. Each year, around 73,000 “non-traumatic lower extremity amputations” are performed on people who have diabetes in the U.S. These amputations occur at a disproportionate rate depending on the race of a patient, being far more prevalent among Black and Brown people suffering from diabetes. Many point to racial economic disparities and systemic medical racism as the reason for this.

“If you go into low-income African American neighborhoods, it is a war zone… You see people wheeling themselves around in wheelchairs,” Dr. Dean Schillinger, a medical professor at the University of California-San Francisco, told KHN. According to the KHN article, “Amputations are considered a ‘mega-disparity’ and dwarf nearly every other health disparity by race and ethnicity.”

The life expectancy of a patient with post-diabetic lower limb amputation is significantly reduced, according to various reports. “[P]atients with diabetes-related amputations have a high risk of mortality, with a five-year survival rate of 40–48 percent regardless of the etiology of the amputation.” Heberprot-P could help tens of thousands of patients avoid such amputations, however, due to the blockade, U.S. patients cannot access this treatment. People in the U.S. have a vested interest in dismantling the U.S. blockade of Cuba.

“So after five years [post-amputation], that’s the most you can live, and we are preventing that from happening,” said Rydell Alvarez Arzola, a researcher at CIM, in a presentation given to the U.S. and Cuban youth during the conference in Havana. “And that also is something that could bring both of our peoples [in Cuba and the U.S.] together to fight… to eliminate [the blockade].”

Perhaps one of Cuba’s proudest achievements is a world-renowned health care system that has thrived despite economic devastation and a 60-year-long blockade.

After the fall of Cuba’s primary trading partner, the Soviet Union, in 1991, the island saw a GDP decrease of 35 percent over three years, blackouts, and a nosedive in caloric intake. Yet, despite these overwhelming challenges, Cuba never wavered in its commitment to providing universal health care. Universal health care, or access to free and quality health care for all, is a long-standing demand of people’s movements in the United States that has never been implemented largely due to the for-profit model of the health care industry and enormous corporate interests in the sector.

As other nations were enacting neoliberal austerity measures, which drastically cut social services in the 1980s and 1990s, Cuba’s public health care spending increased by 13 percent from 1990 to 1994. Cuba successfully raised its doctor-to-patient ratio to one doctor for every 202 Cubans in the mid-1990s, a far better statistic than the United States’ ratio of one doctor for every 300 people, according to a 2004 census.

As the blockade begins its seventh decade, Cuba is not only upholding universal health care but also continues to be at the forefront of scientific developments globally.

This was evident during the COVID-19 crisis. Cuba, faced with the inability to purchase vaccines developed by U.S. pharmaceutical companies due to the U.S. blockade, developed five vaccines. The nation not only achieved its goal of creating one of the most effective COVID-19 vaccines but also launched the first mass COVID-19 vaccination campaign for children from two to 18 years old in September 2021.

Despite its achievements, Cuban health care still faces serious, life-threatening limitations due to the economic blockade. CIM, for example, has struggled to find international companies willing to carry out vital services for them. Claudia Plasencia, a CIM researcher, explained during the conference that CIM had signed a contract with a German gene synthesis company which later backed out because it had signed a new contract with a U.S. company. “They could not keep processing our samples, they could not keep doing business with Cuba,” Plasencia said.

Arzola explained how it is virtually impossible to purchase top-of-the-line equipment due to trade restrictions. “A flow cytometer is a machine that costs a quarter-million dollars… even if my lab has the money, I cannot buy the best machine in the world, which is from the U.S., everyone knows that,” he said. Even if CIM were to buy such a machine from a third party, it cannot utilize the repair services from the United States. “I cannot buy these machines even if I have the money, because I would not be able to fix them. You cannot spend a quarter-million dollars every six months [buying a new machine]… even though you know that this [machine] is the best for your patients.”

I spoke to Marianniz Diaz, a young woman scientist at CIM. When asked what we in the U.S. could do to help CIM’s scientists, her answer was straightforward: “The principal thing you can do is eliminate the blockade.”

“I would like us to have an interaction without restrictions, so we [Cuba and the U.S.] can share our science, our products, [and] our knowledge,” she said. 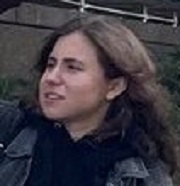 Natalia Marques is a writer at Peoples Dispatch, an organizer, and a graphic designer based in New York City.