One mistake we normally make in analysing the situation or crisis in Sri Lanka is to do it in isolation. Sri Lanka is unfortunately only a part of a world system. Although this situation is valid to almost all other countries, smaller or weaker a country, larger are the effects of external factors. Strategic importance also playing a part of the equation. Even before colonialism, there had been waves of civilisational expansions from major or larger countries into surrounding areas and countries. These happened in regional contexts until the advent of colonialism.

Colonialism and accompanied capitalism are the major trends that brought the world into an interrelated system where Western countries apparently dominate until today. Nevertheless, countries like China, Russia and many parts of the Middle East resist and confront Western influences although there is a clear symmetry between the West and them in terms market economies and capitalism. The role of India is much more nuanced.

Are there possibilities of socialism in Sri Lanka or any other country soon? It is quite unlikely although the country’s name remains as the ‘democratic socialist republic.’ What might be appropriate is to promote ‘socialist’ or ‘social democratic’ values within society and economy beginning with the educational system. Although this advocacy may appear theoretical, given the enormous problems that the poor and the disadvantaged people face today, there is space and need for such a promotion. This could be done both in the name of socialism and/or human rights in the socio-economic sphere. Nordic countries are the best examples that Sri Lanka or any other country could follow. Australia and New Zealand also give examples. However, to follow those footsteps the economy should be sustainably developed.

The world and humanity are at a particular juncture today. In the year 2022 that we are now completing or even before, the survival crises that the world and humanity are facing were obvious. Of course, the scientists, paid by businessmen and politicians, might be able to transport some people into the moon, if the world becomes a place of inhabitation. Some parts are already socially inhabitable. The over-exploitation of nature and the earth is the main reason for this situation. The climate change has gone in the direction of global warming. Not only the temperatures have changed, but also the weather patterns. The main reasons are the burning of fossil fuels (coal, oil, and gas) and cutting down of forests. At present, Americas are facing extreme cold or ice waves.

Even countries like Australia have seen uncontrollable forest fires and devastating floods. America is the same with many other countries. Among other factors, what has been neglected or unrecognised is the geographical change. The world today is experiencing probably the highest possible number of people living on the earth, exceeding eight billion. Of course their living conditions are uneven from rich countries to the poor ones. There is no question about building houses and other buildings for their necessities. However, the world is competitively building cities and metropolises covering the earth with concrete and cement without allowing the earth to absorb rainwater. Uncontrollable floods are the result.

Some Principles to Promote

Without gas for cooking, oil for transport and coal for electricity at reasonable prices, ordinary people in Sri Lanka cannot live a decent life. However, all these are the causes of global warming and climate change. Just war in Ukraine cannot be blamed for all these scarcities and price hikes. The ever dragging on war in Ukraine in itself shows the crisis the world community facing today. The UN has terribly failed on this matter of peace keeping and peace promotion.

The world is in a terrible crisis. Not only Sri Lanka. This should moderate our responses while steadfastly promoting our democratic values and principles. What could be our principles? Some of them in my opinion are follows.

1. Uniting all citizens in the country transcending ethnic, religious, gender, generational and other differences. Uniting with citizens of other countries again irrespective of above and other reginal or historical differences. India is our closest friend and country. Common humanity and universalism should be our principles while protecting cultural rights of all communities and regional diversity.

2. Poor and their grievances should be our policy priorities also focusing on the disadvantaged, marginalised, and the neglected sections. Not only the advocacy of women’s rights but also practical programmes to protect them should take primacy. Family violence against not only women but also children should be eliminated. Reforming of men’s values and practices should be one area through education and dialogue.

3. In the political sphere, defence of democracy and democratic values should take prominence. It means the practice of democracy not only in the political sphere but also in the family, educational system, industrial relations, and personal matters. Elections should be held regularly and timely. Man made economic crisis or difficulties should not be an excuse for the delay or not holding elections.

4. Economic crisis is the main reason for the current and recent political crisis. What has been proved is the inability of the Ministers responsible, and the Secretaries and other key bureaucrats (i.e. Governor of the Central Bank) responsible for the managing of the economy, balance of payments and income-expenditure or the Budget of the country. In the case of foreign debt, it is revealed that different past governments have not even been keeping the records properly. What has been the reason for this irresponsibility? Irresponsibility itself is one. The background of that undoubtedly comes from politics, political manipulations, duplicity, and double-dealings. These are not unknown to other countries. But Sri Lanka has come easily to the top of the list.

5. How come that Sri Lanka has degenerated to this much of low level? There has been a deep moral degeneration among the educated and also among the people. There have been discussions on who is primarily responsible for the country’s economic disaster. Of course, people are also greatly responsible for the country’s predicament. But the politicians should take the primary responsibility as they are elected to manage and develop the economy. There should be a strong movement against bribery, corruption, fraud, and economic mismanagement. That should embrace all levels of economic and political management.

2023 appears quite bleak for the whole world. Irrespective of vaccinations or antiviral drugs, Covid 19 in many forms is spreading while giving death to the most vulnerable. China is again facing the most devastating effects while vacillating between zero Covid policy and now allowing freedom for the young to gather and go ahead with their routines. China is one of the countries which has neglected the natural geography in achieving modern development. New cities and concrete/cement structures are all over. All countries are experiencing extreme weather conditions. At present, America and Canada are engulfed in extreme winter storms unprecedented in their history.

War in Ukraine will not be subsided. Although the Western media believes that Russia is at the receiving end, the strategy of Putin appears to be different. While the new recruits and old armaments are overwhelmingly used, the strategy appears to be to modernise and strengthen the armed forces and armaments in the process. We are at the brink of a Third World War with the danger of nuclear confrontations.

Equally alarming is the developing violent internal conflicts spreading even in established democratic countries. America and Donald Trump have supplied an ‘exemplary’ example! No election appears to transfer power without controversy and violence. This is something Sri Lanka should avoid although it has a history of election violence. Apart from controversies over the transfer of power, in many Western countries racial violence and conflicts are emerging or remerging. France is the nearest example. After killing of three Kurdish people on racial grounds, streets in Paris are engulfed in protests, counter protests, and violence.

The reasons for these riots and violence are not only racial, but combined with economic and social grievances. The world economy is not going to be better in 2023 than in 2022. Unless there is a strong movement to address the economic issues and calm down the people and youth, there could be violence and chaos in many countries. Sri Lanka would be the same. All political parties in the government and in the opposition, trade unions, religious organisations, and NGOs, all should try to come to a common understanding while working jointly as much as possible in the coming future. Otherwise, the prospects for the new year 2023 would be extremely bleak. 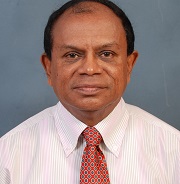