Since February 24, 2022, Ukraine’s armed forces have successfully defended much of their country. But without American assistance, the Ukrainian military campaign would have likely floundered months ago. Since the beginning of the Russian invasion of Ukraine, the U.S. has provided the lion’s share of military aid to Ukraine, alongside enormous financial and humanitarian assistance. With the U.S. midterm elections to be held on November 8, 2022, both President Joe Biden’s administration and Ukrainian President Volodymyr Zelenskyy fear that these channels of support for Ukraine will diminish significantly.

The economic effects of the Russian-Ukrainian conflict, such as higher energy prices, have taken their toll on American voters, and recent polling shows that U.S. support for the war is waning, especially among Republicans. According to Pew Research Center, the belief that the U.S. is providing too much support to Ukraine surged among Republicans and Republican-leaning independents from 9 percent in March to 32 percent in September.

While the U.S. economy is in a relatively good state compared to much of the rest of the world, Republicans have exploited domestic economic concerns to undermine Biden and the Democrats for months. And though many influential Republicans, such as Senator Lindsey Graham, continue to voice strong support for Ukraine, others aligned with the Tea Party and former U.S. President Donald Trump form the GOP’s increasingly vocal “isolationist wing.”

The influence of this populist group has been reflected in the growing split between Senate Minority Leader Mitch McConnell and House Minority Leader Kevin McCarthy, with both of them recently sparring over the issue of Ukraine aid. In May, 57 House Republicans voted against the $40 billion aid package to Ukraine, and during the middle of October, McCarthy warned that the U.S. is “not going to write a blank check to Ukraine.” With elections polls predicting a Republican House majority, future aid packages to Ukraine are likely to face greater GOP resistance.

Support for NATO and Ukraine among Trump-leaning Republicans has traditionally been low. Trump derided NATO throughout his 2016 presidential campaign and presidency, and his July 2019 phone call with Zelenskyy led to the first official efforts to impeach him. Florida Republican Governor and Trump ally Ron DeSantis was also comfortable enough to ignore calls to pull his state’s $300 million investments from Russia shortly after the war began.

Unfortunately for Kyiv, Democratic support for Ukraine has also fallen, according to the September Pew Research Center poll, as anxiety over the economy, access to abortion, and other issues have mounted. Another Pew Research Center poll from October found that the economy is the top issue for voters heading into the midterm elections. Biden’s explanation of rising inflation as “Putin’s price hike in gasoline” has only reinforced the notion in some voters’ minds that U.S.-led sanctions targeting Moscow and support for Ukraine have been partly responsible for their economic pain.

And on October 24, 30 members of the progressive caucus in the U.S. House of Representatives sent a letter to Joe Biden urging him to hold direct talks with Russia and end the war. While the letter was retracted the next day, it further demonstrated Ukraine’s falling support with the left in the U.S.

Any significant drop in American assistance to Ukraine—the U.S. has provided more than 52 billion euros in military, humanitarian, and financial aid to Ukraine from January 24 to October 3, 2022—will severely impact the latter’s ability to defend itself. According to Christoph Trebesch, head of the team compiling the Kiel Institute for the World Economy’s Ukraine Support Tracker, “The U.S. is now committing nearly twice as much as all EU countries and institutions combined.”

The UK has led major European efforts to defend Ukraine and is on track to train up to 10,000 Ukrainian soldiers on its own soil this year. But the UK is experiencing political destabilization following the death of Queen Elizabeth II in September and the resignation of two prime ministers in under two months. These events have inhibited the British government’s ability to form a coherent foreign policy and expand its support for Ukraine.

Furthermore, the UK has its own disputes with the EU regarding Brexit and is unlikely to rally many of the EU states to join its efforts to support Ukraine without strong U.S. coordination.

The EU has sent billions of euros of financial aid to Ukraine since the beginning of the conflict, but far less humanitarian and military aid. Bilateral military aid from Ukraine’s most important EU suppliers—France, Germany, Spain, Italy, and Poland—fell significantly since the end of April 2022, with no new military pledges being made in July. Large-scale European military assistance only resumed following the launch of the successful Ukrainian offensive that has reclaimed a large part of the territory since early September.

Yet around the same time (on September 5), EU foreign policy chief Josep Borrell warned that member states’ weapons stocks were “severely ‘depleted’” after months of providing Ukraine with arms, reinforcing perceptions of the EU’s inability to provide long-term military support to Kyiv.

On October 17, the EU formed its own military training program for Ukrainian soldiers. France declared it would train 2,000 on its soil, while other EU members will train another 13,000 Ukrainian soldiers. Though they are unlikely to match NATO-led initiatives, the latest round of EU sanctions against Russia, which were approved on October 5, demonstrate Europe’s commitment to keeping pressure on Russia.

A drastic increase in EU assistance to Ukraine and confrontation with Russia, however, remains unlikely. Poland, the leading member state advocating for these policies, was the largest recipient of EU funds between 2007 and 2020, and will not be able to coalesce the bloc for these purposes on its own. And with Europe’s energy costs mounting, the ability of the EU countries to maintain, let alone increase, their support for Ukraine may also soon come under much further strain.

As in the U.S., much of Europe’s political right wing (as well as left-wing political elements) is already far less enthusiastic about maintaining support for Ukraine than the political mainstream. Citing economic pain at home, fueled in part by rising energy costs, Hungarian Prime Minister Viktor Orbán, a close ally of Russian President Vladimir Putin, has led the continental criticism against Russian sanctions since the Ukrainian invasion. His enthusiastic reception at the August 4 Conservative Political Action Conference in Dallas, Texas, proves that these policies have not caused much concern in the GOP.

With the threat of reduced support from the U.S. and Europe, Ukraine’s ability to hold off Russia will weaken significantly in 2023. While most UN members voted to condemn Russia for its invasion, only Western allies like Japan, South Korea, Taiwan, Australia, Canada, and New Zealand have chosen to sanction Russia and aid Ukraine. This is unlikely to change, particularly if pressure from Washington and Brussels subsides.

Because the newly elected and reelected representatives in the 2022 U.S. midterm elections will not take office until January 2023, the Biden administration appears intent on using this window to build up its support for Kyiv. Lawmakers have begun discussing a $50 billion aid package for Ukraine that is expected to be finalized by January.

One problem with this strategy is that winter weather risks grinding Ukraine’s autumn offensive to a halt. Any potential Russian counteroffensive may wait until next spring, and Ukraine’s needs may have changed by then. Russia has shifted strategies throughout the war, including bolstering the use of artillery, Iranian drones, and other weapons. The first of the roughly 300,000 Russian reservists and volunteers are expected to arrive soon in Ukraine, allowing Russia to change strategies once more.

By then the war would be more than a year old, and U.S. public and political support would likely have fallen further. Having already provided more than 52 billion euros in military, humanitarian, and financial aid to Ukraine since January 24, 2022, Washington is unlikely to provide Ukraine with more large aid packages until the U.S. domestic economic situation improves.

It remains to be seen if Republicans win the House or the Senate. And if Ukrainian forces manage to regain a significant amount of territory from Russia over the next few months, then current levels of U.S. support could be mostly maintained even if Republicans gain control over either chamber of Congress. Nonetheless, Kyiv may be wise to prepare for one more extensive U.S. aid package and focus on maintaining support for current sanctions while appealing for greater help from Europe. While the Ukrainian armed forces may not mount any new major offensives for the foreseeable future, they may be able to prevent the Russian military from doing so. 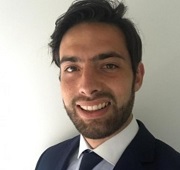