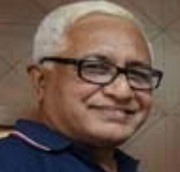 The writer is a Masters in Engineering. He writes regularly in Bangladesh newspapers on history, heritage, travelling, human rights and environmental issues.

Forty-seven years have passed by. The near and dear ones of the four most important national leaders of Bangladesh after Bangabandhu Sheikh Mujib are yet to receive any justice for the savage killings. Nor has the Nation gotten any redress for the tragic loss of their icons. Jail is supposed to be the safest place in the city. If some citizen’s life is at risk or either the government or he himself feels any deficiency in safety or security, he may be taken into protective custody in a jail or sub-jail. The law and order situation of the country was so poor and vulnerable during the period after 1975 that the safest place was not safe anymore. Some rouge personnel of the Bangladesh army executed one of the most criminal operations in the history of Bangladesh, Indian subcontinent and the whole world.

Similar or even more cruel was the same group’s operation on 15 August of the same year when Bangabandhu and almost his whole family were massacred at his Dhanmondi residence. Even the kid son of the leader, Sheikh Russell was not spared. Our Honourable Prime Minister Sheikh Hasina and her sister Sheikh Rehana escaped as they were on a Europe tour. Bangabandhu being the father of the new Nation loved his people. That was a great quality. But he perhaps loved them too much and believed them too much. He had to pay the price of that belief with his blood and the lives of almost his entire family. He was advised time and again by the Bangladeshi individuals deputed for his security to shift to a properly protected residence which he always ignored showing the reason that he had faith in his people who could do no harm to him. The same happened when some of his friends among world leaders gave him the same advice. Oh, how wrong he was!

We do not need to study rocket science to understand that the few junior army officers in the rank of Major/Captain and their JCO/NCO associates could not plan and execute such a merciless, heinous, bloody coup to annihilate a leader of Bangabandhu’s stature together with his whole family. They must have had influential planners and supporters at home and abroad. Bangabandhu did not realise that with the emergence of Bangladesh, many countries of the then world politics were not happy since they supported Pakistan during our Great War of Liberation. It was a serious blow to their foreign policy. Similarly, a section of Bangladesh’s population and politicians were also having anti-Awami League agenda. That they would be able to strike with such venom was inconceivable. So the saddest day of 15 August came about.

Khondaker Mostaq Ahmad was an arch-rival of Bangabandhu all through his political life. He was cunning and shrewd but nowhere near our great leader in politics of the masses. He was envious of our Father of the Nation and being involved in the coup took over the Presidency of the country immediately. The junior officers executing the coup became all-powerful. They stayed back in Bangabhavan with Mostaq and wielded power. There was no chain of command in the army but the top brass showed visible cowardice and they kept silent. It was reported that they were rather engaged in a power struggle. Most of the political leadership was dumbfounded after the lightning happenings of 15 August and expressed allegiance to Mostaq. Many of them were sworn in as Ministers. Though most of the top Awami League leaders betrayed the blood of Bangabandhu and his family and were busy having their piece of cake in the state power, there were exceptions.

The trusted aides of Bangabandhu were the four national leaders having integrity and unflinching faith in the leader. They were Syed Nazrul Islam,Tajuddin Ahmad,Capt M Monsur Ali and AHM Kamaruzzaman. These four great national leaders together with Col Osmany steered our Freedom struggle to a glorious success. Of course traitor, Mostaq was a part of the cabinet but he always played deterring roles and even planned a confederation with Pakistan. When approached by Mostaq to join his cabinet to run the country, all four of them upheld their dignity and refused. They did not budge even after being threatened with serious consequences. All four ended up in jail soon thereafter.

The killers stationed in Bangabhavan including Mostaq could fathom that they could not sustain very long under the existing disturbing and uneasy circumstances. So, it seems that they were drawing contingency plans. Their plans were all drawn against these great leaders. The thugs and their masters knew that these leaders could lead Awami League to bounce back into mainstream progressive political activities. There was no other leader close to them who could lead Bangladesh.

So, when a counter-coup was staged by Brig(promoted to Maj Gen)Khaled Musharraf to bring back the chain of command in the Armed forces on 3 November 1975, the shameless criminals understood that they were kaput and executed the most heinous crime of jail killings.

In the early hours of the night between the 3rd and 4th of November, five uniformed individuals appeared at the gates of Dhaka central jail in the old quarters of Dhaka. They were led by Risalder Moslemuddin(Moslehuddin). They demanded to be let in which is a grave violation of the jail code by any standards. The jail authorities kept on refusing but finally succumbed to a telephonic order from President Mostaq. These rogues demanded to the jail officials that the four national leaders be assembled in a particular cell. They were in three different cells with other political prisoners. The jail officials did as directed and when the leaders were together in a particular cell, this military personnel having Sten guns and SLRs went there and fired indiscriminately at them. Taking them all as dead, they were leaving the jail premises as they were late and had other agendas. But as some of the leaders were still groaning and asking for water, one of the jail guards ran towards the jail gate to inform same to the killers. They raced back to the cell and bayonetted the four bodies heavily to make sure of their death.

Finally, they left. Awami League leaders like Mofazzal Hossain Chowdhury Maya, Amir Hossain Amu, SP Mahbubuddin were detained in nearby cells. Though they could not see anything being inside the four walls of the cell, they could figure out everything but were undone. An unthinkable crime was perpetrated and no one could be held responsible. Rather, the killers were later appreciated with prize postings at Bangladesh foreign missions.

A case was registered with the Lalbagh police station one day later. Initial procedures started. But not much headway could be made due to the promulgation of the indemnity ordinance. A commission of enquiry was also constituted which too could not work till preparing and submitting a report. The files were destroyed deliberately presumably during the next 21 years of unfavourable governments. No paperwork could be found when the Indemnity ordinance was repealed when in 1996 favourable Government came to power. The investigation had to start anew. Though a very difficult task, the concerned police investigators produced a miracle. The case was heard for years in a regular court of a District and Sessions Judge. In 2004, the court dished out a verdict. 3 of the JCO/NCO gang of Moslemuddin, Marfot Ali Shah and Abul Hashem Mridha were given capital punishment and eight officers of the army were sentenced to life imprisonment.

Strangely enough, the High court division of the apex court commutated the sentences and only one criminal remained with a punishment. All others went scot-free. A real shame indeed! The prosecution, of course, moved the Supreme court division. The Apex judicial body of the country duly considered the appeal and nullified the High court judgement. The judgement of the trial court was withheld. The Court also observed that such a conspiratorial savage killing inside the jail could not have happened without any involvement from high places. A thorough probe of the conspiracy behind such political killings was suggested.

Some of the convicts of jail killings were hanged to death for their complicity in the Bangabandhu killing. The others still remain absconding. They are sheltered by some countries under one context or the other. Bangladesh Government is following up on the issue of their repatriation to face the judgement with all seriousness. We don’t see much development in this regard though.

The patriotic forces of Bangladesh expect that a proper commission of enquiry will be formed soonest to investigate the 15 August and 3 November 1975 criminal activities by a small section of the armed forces leading to the killings of the founding father of the Nation and the four great National leaders. The conspirators behind the scenes should be exposed. The people of Bangladesh also expect that process to bring back the culprits from abroad should be expedited. Our deepest tributes to the four great national leaders and of course to Bangabandhu. They will be remembered by all patriotic Bangladeshis for all time to come.

“Of course, it was, under the law of all civilized peoples, a crime for a man with his bare knuckles