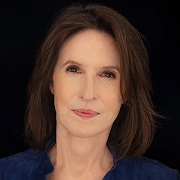 The Biden administration will soon release its National Security Strategy, which is being revised in the wake of Russia’s invasion of Ukraine. The document will no doubt trigger a renewed debate about how the United States should gear up for a new Cold War against Russia and China. But before we plunge into a global great-power competition, it’s worth recalling President Biden’s promise to create a “foreign policy for the middle class” and take a look at what most concerns Americans.

Congress is about to add tens of billions of dollars to the military budget. Unrepentant hawks scorn this as inadequate, urging a 50 percent increase, or an additional $400 billion or more a year. Aid to Ukraine totals more than $40 billion this year, and counting. A new buildup is underway in the Pacific. Biden summons Americans to the global battle between democracy and autocracy, implying that U.S. security depends on spreading democracy—and, implicitly, regime change—worldwide.

Americans, it is safe to say, have different—one might suggest more practical—concerns, as revealed in a recent Quinnipiac University poll. Asked about the most urgent issue facing the country today, 27 percent of respondents—the highest number—ranked inflation as No. 1, while only 2 percent ranked Ukraine at the top. In a range of Economist-YouGov polls over the past month, the top foreign-policy concerns included immigration and climate change.

Polls, of course, are merely snapshots—and war fever can transform opinion. However, a 2021 report by the Chicago Council on Global Affairs reported many of the same priorities. Far more Americans (81 percent) said they were concerned about threats from within the country than from outside the country (19 percent). Among foreign policy goals, more than 75 percent of respondents ranked protecting American workers’ jobs and preventing the spread of nuclear weapons, respectively, as very important. Ranked lowest were “helping to bring a democratic form of government to other nations” (18 percent) and “protecting weaker nations against foreign aggression” (32 percent).

What would a sensible strategy for the middle class look like? A recent paper from the Quincy Institute for Responsible Statecraft—“Managed Competition: A U.S. Grand Strategy for a Multipolar World”—offers a good start. The author is George Beebe, a former head of the CIA’s Russia analysis unit who is currently director of grand strategy at the institute.

Beebe argues that over the past three decades, “yawning gaps” have emerged not only between “America’s ambitions in the world and its capacity for achieving those goals,” but also between a “Washington foreign policy elite too focused on promoting U.S. primacy” and “ordinary Americans yearning for greater stability and prosperity at home.”

He echoes the priorities of most Americans, arguing that “the chief strategic challenge Washington faces today is not to win a decisive battle between freedom and tyranny but to gain a breathing spell abroad that will allow the country to focus on desperately needed internal recovery.”

He then outlines the core of a strategy for this time: a “managed competition” with Russia and China. Recognizing that our economic health is intertwined with China’s, and that Russia’s nuclear arsenal demands prudence, he would “avoid promoting regime change” or otherwise “undermining political and economic stability in Russia and China.” Instead, in a managed competition, our rivals would be countered not only by American power and alliances, but also by rebuilding “agreed rules of the game,” beginning presumably with efforts to revive nuclear arms agreements and create cyber agreements to limit these growing security challenges.

For this to occur, he notes elsewhere, there must be an agreed end to the war in Ukraine. Beebe concedes that Vladimir Putin’s attack required a strong American-led response. But as when Saddam Hussein invaded Kuwait, Beebe would distinguish between repelling Putin’s aggression and efforts to foster regime change in Moscow or to bring Ukraine into the Western orbit.

In the current euphoria over Russian reversals in Ukraine, this caution is likely to fall upon deaf ears. But a foreign policy for the middle class must find a way to curb our adventures abroad so that we can rebuild our democracy and strength at home. A Cold War against Russia and China might empower the foreign policy elite, enrich the military-industrial-congressional complex and excite our bellicose media, but it ignores the American people’s common sense.

As China unleashed live-fire military exercises off the coast of Taiwan, simulating a real “reunification by force” operation in the wake of House Speaker Nancy Pelosi’s ceremonial visit to the island last week, the bipartisan fervor for a new Cold War with China and Russia took greater hold in Washington.

“Leaders in both parties,” Post columnist Josh Rogin reports, “understand that the United States has a duty and an interest in … pushing back against America’s adversaries in both Europe and Asia.” The United States showed that it could take on both China and Russia at the same time, he adds. The Senate voted 95-1 to add Sweden and Finland to NATO. The Taiwan Invasion Prevention Act enjoys bipartisan support. And politicians in both parties scrambled to give the Pentagon even more money than it asked for.

Cold War is America’s comfort zone. We won the last one. We wear the white hats. It’s democracy against authoritarianism. And we’ve got the biggest and best military. Who could object?

But haunting questions remain. Does a new Cold War—taking on Russia and China at once—serve the real security of Americans? Does it further President Biden’s promised “foreign policy for the middle class?” Might most Americans prefer that this country curb our enthusiasm for foreign adventure while focusing on getting our own house in order?

The existential threat to our security now is the extreme weather caused by climate change, which is already costing lives and billions of dollars in destruction from wildfires, floods, plagues and drought. Monkeypox reminds us that the deadliest attacks have come from global pandemics. Throwing money at the Pentagon doesn’t help. Wouldn’t it be better if Special Presidential Envoy John F. Kerry’s journeys got as much attention as Pelosi’s Taiwan performance? Addressing climate change and pandemics can’t be done without Chinese and Russian cooperation, yet the Chinese officially terminated talks on these issues in the wake of Pelosi’s visit.

Biden’s foreign policy team has focused on lining up bases and allies to surround and contain Russia and China. But the Ukraine war has revealed Russia’s military weakness. Meanwhile, sanctions have cut off access to Russian food, fertilizers and minerals vital to countries worldwide and might contribute to a global recession.

China is a true “peer competitor,” as the Pentagon calls it. But its strength is its economy, not its military. It’s the leading trading partner for countries across the globe, from Latin America to Africa to Asia. When Pelosi stopped in South Korea after her visit to Taiwan, South Korea’s president did not receive her. President Yoon Suk-yeol, we learned, was on a “staycation,” attending a play. The snub by a loyal ally, home to nearly 30,000 U.S. troops, is surely a reflection of the fact that China is South Korea’s leading trading partner. The United States would be well advised to focus—as China does—on developing the new technologies that will define the markets of the future, rather than spending more than $1 trillion on items such as a new generation of nuclear weapons that can never be used.

The revived Cold Warriors assert that the U.S. deployment of forces around China and Russia is defensive. But as Stephen Walt notes in Foreign Policy, this ignores the “security dilemma”: What one country considers innocent measures to increase its security, another might see as threatening. U.S. administrations kept asserting Ukraine’s “right” to join NATO as security against the threat posed by Russia. Russia saw the possible basing of NATO forces and U.S. missiles in Ukraine as a threat. Biden’s comment that Putin “cannot remain in power,” echoed by U.S. politicians, and the history of U.S. support for regime change around the world, weren’t exactly reassuring.

Though Washington formally accepts that Taiwan is a province of China, it arms the island and deploys more forces to the Pacific. Pelosi described her visit as an “unequivocal statement that America stands with Taiwan, our democratic partner, as it defends itself and its freedom.” Beijing views this as an attack on its national sovereignty, a violation of our official position, and as a provocation designed to spur independence movements in Taiwan.

The Cold Warriors assume that most of the world stands with us. True, our NATO allies rallied against Russia after its invasion of Ukraine, but two-thirds of the world’s population, according to the Economist, lives in countries that refuse to sanction Russia. Much of the developing world is skeptical or worse about U.S. claims regarding democracy or the rules-based order. This makes sanctions less effective—China’s purchases of Russian oil and gas, for example, have increased by 72 percent since the Ukraine invasion. It also reflects the growing strength of Chinese “soft power” and the declining currency of the U.S. military force.

Great powers decline largely because of internal weakness and the failure to adjust to new realities. In an era of dangerous partisan enmity, the reflexive bipartisan embrace of a new Cold War is a striking contrast. But the old habits don’t address the new challenges. This is hardly the way to build a vibrant American democracy.