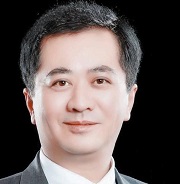 Qian Feng is director of Research Department and senior research fellow at the National Strategy Institute at Tsinghua University. He is also the former chief of India Bureau at the People’s Daily, an executive member of the Chinese Association for South Asian Studies, member of the China-South Korea Future Relations Development Committee, and senior research fellow of Taihe Institute.

Recently, Sri Lanka has experienced political turmoil and a change of government due to its domestic economic crisis. The so-called China “debt trap” narrative has emerged once again, becoming the focus of some US and western politicians and media. This is not a new topic. In recent years, they have been maliciously building a discourse system of “China’s debt trap theory”, which has also become the basis for endlessly slandering China and smearing the Belt and Road Initiative (BRI). In fact, these statements are highly politicized and completely untenable, and they also seriously mislead the perception of the international community.

As we all know, the current crisis in Sri Lanka is mainly caused by the global economic and security crisis. It is also closely related to its small-sized economy, insufficient foreign exchange reserves, long-term debt accumulation and unbalanced domestic policies, and it is not directly related to China-funded infrastructure investment. For historical reasons, Sri Lanka has long relied on external borrowing bail and pursued a “double deficit” model, with a long-standing debt problem.

From 1965 to 2016, Sri Lanka has reached 15 loan agreements with the International Monetary Fund, and the ratio of foreign debt to GDP is more than 50 percent all the year round, which is a high debt country. Tourism is originally the mainstay of Sri Lanka to earn foreign exchange, accounting for 12 percent of its GDP. But with the impact of the COVID-19, the number of visitors to Sri Lanka has plunged from 2.3 million in 2018 to 510,000 in 2020. At the same time, the United States has long implemented a quantitative easing policy. Since the COVID-19 pandemic, the Federal Reserve, in order to maintain the hegemony of the US dollar, has first printed a large amount of money, and then continuously raised interest rates, resulting in the accelerated appreciation of the US dollar which has had a serious impact on the global economy and financial markets. Rising global energy and food prices caused by the conflict have also affected Sri Lanka, shrinking its previously insufficient foreign exchange reserves, falling to $1.854 billion in June 2022.

For Sri Lanka, China is only its fourth-largest creditor. According to the Central Bank of Sri Lanka in 2021, in terms of total external debt, 54 percent of its external loans come from the international capital markets, with China ranking behind the international financial markets, the Asian Development Bank and Japan, and its debt to China accounts for only about 10% of Sri Lanka’s total US dollar external debt. Fact speaks louder than eloquence. Japan has been the largest source of foreign debt for many years, so why doesn’t Western public opinion advertise that Sri Lanka has fallen into Japan’s “debt trap”? In the final analysis, they always see China with “tinted glasses”.

Some Sri Lankan scholars have said, “In the past, even if Sri Lanka sinks into the Indian Ocean, the United States would not care. “But now Sri Lanka is at the focus of Washington’s foreign policy because of the BRI. Since the advent of the BRI, some Western politicians and media have accused China of luring poor countries into accepting one loan after another, to build infrastructure they cannot afford and making little profit, falsely claiming that Beijing’s ultimate goal is to take control of property from struggling borrowers. By their logic, the BRI is not only pursuing geopolitical influence, but also an invisible weapon. Once a country is crushed by Chinese loans, it becomes a puppet of China.

How absurd! If they wish to incriminate China, they will meet no difficulty in finding a pretext. Take Hambantota Port as example. In 2018, former US Vice President Mike Pence publicly called it evidence of “debt diplomacy.” In terms of common sense, the trap means that one side intentionally sets it up for the other side, but in the whole development process of Hambantota Port, China has always upheld the principle of equality and mutual benefit, and the initiative has always been in the hands of Sri Lanka itself.

In 2005, the Sri Lankan government proposed a national development strategy of “two wings and one belt”, hoping to build it into another major commercial and shipping center besides the capital Colombo. The Sri Lankan government first approached the United States and India due to the lack of funds, but both countries refused, so it turned to China. For the sake of long term friendship and helping its development, China finally agreed to lend it to help with its construction and development. However, western public opinion deliberately claims that China is “taking the long line and catching the big fish”, which is completely ignoring the facts. Over the years, even though the Sri Lankan government, academia and local media have refuted the rumor, anti-China factions in the US and the West have always pretended not to hear it.

Sri Lanka’s debt structure is very fragile. All the time, China has provided mostly preferential loans, with low interest rates and long maturities, which have played a positive role in the improvement of infrastructure and people’s livelihood.

It is widely believed that what is happening in Sri Lanka could be an ominous preview of what is coming in other low-and middle-income countries, as soaring inflation, high debt, excess currency issuance and shrinking currency reserves are the challenges that almost all emerging economies are facing. Debt risks are continuing to rise globally.

Faced with crisis and the reality, Washington should ask itself, what exactly has the US done for a developing country like Sri Lanka? How much harm has the unilateral economic and financial policies done to countries around the world? It is hoped that the US can sincerely help Sri Lanka cope with the current difficulties, ease its debt burden and achieve sustainable development, and will not use every opportunity to smear China and engage in geopolitical games without a bottom line.

The writer is a regular columnist for the Global Times, a Beijing-based daily. Views are personal

When Burmawas ruled by a monarchyin the pre-colonial era, its Army was given the name of ‘Tatmadaw’.In the Burmese language

A month ago, I paid a short but productive visit to the Eastern Province of Sri Lanka, bringing to the