After a tumultuous 2022, what lies ahead for Sri Lanka in 2023, Col R Hariharan postulates possible priorities for the President, outcomes and challenges for the Island Nation which seems to have weathered the political storm of the past year for now.

Sri Lanka did not cover itself with glory in the year 2022. But the year is a remarkable one in Sri Lanka’ political history. The spontaneous Aragalaya protestors demonstrated that they cannot be taken for granted by their elected representatives. It did not matter if they were Rajapaksas – their heroes of yesterday. The protestors’ battle cry “GotaGoGama” saw the unseemly termination of the rule of the Terminator of Tamil separatists – President Gotabaya Rajapaksa. It has shown that getting elected to the high office of President is not enough; it lasts only so long as people accept it.

Events overtook the Machiavellian plans of Prime Minister Mahinda Rajapaksa. He was forced to quit home and office in the face of massive public protests. It showed enjoying parliamentary support is not enough to sustain power when people are determined to throw you out. The Hindu correspondent in Colombo Meera Srinivasan eloquently puts it: “When you hear ordinary citizens articulate their desire for a better future and country, the message resonates across borders and contexts. At one level, Sri Lankans were resisting leaders who they held responsible for their economic distress. At another, a mass uprising showed that no leader is invincible, and no might is bigger than people’s power.”

The transformation of seven-time Prime Minister and nominated member of parliament Ranil Wickremesinghe, brought in as “night watchman” PM, as President in a crisis, validates another clichéd aphorism: “fortune favours the brave.” But Wickremesinghe, a veteran of many political battles for survival, had the courage to step into the shaky chair. He quickly put together his jerry-built government to stave (save?) the country from plunging into chaos.

The President’s galaxy of ministers are mostly old faces with new labels, with a sprinkle of younger aspirants. It is still intact there, to usher in the new year, disproving the naysayers. This showed that President Wickremesinghe had a much better understanding of crisis management than the Rajapaksas. Despite the anachronism of his survival as President depends upon pro-Rajapaksa MPs, evidently most people feel his priorities are right.

Otherwise, Aragalaya protests would have probably continued. It also showed that people are ready to give the leader time and space to get his act together. President Wickremesinghe’s actions show that he is still wary of muted Aragalaya protestors watching from the wings. Though the threat of Aragalaya has taken a backseat from the political mainstream, hopefully it will force the political class to prioritise people’s needs first.

It is the historical Aragalaya movement that propelled President Wickremesinghe to power. It showed the failure of the traditional tools of state instruments of power including security personnel to quell the protests, Though the movement has seemingly dissipated now, its subterranean presence can be seen now in protests by students and staff in universities, among monks and civil society organisations. So, it is not enough to find berths for youth representatives in advisory bodies of the government. Good governance, rule of law and impartial judiciary will satisfy most of them.

Corruption and cronyism seem to be endemic in every action of the government. For long people have put up with it. The Aragalaya movement has sown the seeds of distrust of the political class in the minds of the people. If Sri Lanka has to survive as a stable democracy, politicians must regain the trust of the people. In this context, Winston Churchill’s words in the House of Commons come to mind. “At the bottom of all the tributes paid to democracy is the little man, walking into the little booth, with a little pencil, making a little cross on a little bit of paper. No amount of rhetoric or voluminous discussion can possibly diminish the overwhelming importance of that point.”

As Sir Martin Gilbert, leading historian, and Churchill’s official biographer, says: “Parliamentary democracy is an easy concept to grasp but a difficult one to sustain. Throughout the Twentieth Century, and into our present Twenty First Century, the institutions and ideals of parliamentary democracy have been under continual threat. The power of totalitarian regimes to dominate their own people is – and remains – attractive to those who wish to control the life of a nation without checks and balances.” These words hold true to Sri Lanka’s present situation as China with its increasing global clout might appear as an attractive alternative. A dissatisfied population may be easily swayed to ignore that it is a one-party “democracy” of 21st century Communism of the Chinese kind.

Sri Lanka is stepping into 2023 with the economy limping on crutches with the tourism industry and export trade taking a beating. The promised IMF recovery package is yet to materialize. Peoples’ woes of continuing price rise, shortage of essential food stuff and energy resources are making life difficult. The scars of Covid pandemic are still there and the flare up of a new variant spreading fast in China, European countries and the US portends ill of a revival of the pandemic in the new year. There is no end in sight to the early end to the Ukraine war. This has queered the strategic stability of Sri Lanka’s environment. Its fall out is being felt in Sri Lanka’s relations with major powers competing for dominating the Indo-Pacific.

The President’s agenda for 2023 will have to be planned in this environment. The year 2023 is going to be a year of long weekends with nine of them falling on Fridays and Mondays. In other words, it will be a year of less than nine months of work. So whatever Sri Lanka plans to achieve will have to factor time as an invaluable resource. In management terms, this would mean investing in short-term projects that yield quick results to stoke the feeling of achievement to raise the morale of the people. Indian experience has shown extensive computerisation of government systems can achieve this. The first item on the President’s agenda for 2023 seems to be to resolve “the Tamil issue” by February 4, 2023, before the nation celebrates 75th anniversary of Sri Lanka’s independence in March.

Ethnic reconciliation had been featured as an important item on the agenda of all presidents, except for Gotabaya Rajapaksa. The veteran hero of the separatist war, on becoming president made it clear that Sri Lanka was for the majority – Sinhala Buddhists. Of course, despite all the fanfare with which the ethnic issue has been featured in the agenda of successive presidents no discernible results have been achieved. Of course, the only exception is the 13th amendment that created provincial councils. Even that was sent to the halfway house, when the Rajapaksas prioritised pleasing the Sinhala Buddhist constituency, over reconciliation of minorities.

President Wickremesinghe is a past master in using ethnic reconciliation as an effective political tool to garner public support. He had spearheaded the UNP protests the 2000 draft constitution bill moved by President Chandrika Kumaratunga. The UNP MPs set fire to the draft of the bill in the parliament. The draft 2000 constitution contained power sharing proposals that could have ended the ethnic confrontation. It never saw the light of the day and Sri Lanka missed an opportunity to bring the ethnic issue to a closure. It was a costly political expediency that cost the nation dearly, as 100,000 people lost their lives in the Eelam wars that followed.

The Yahapalana government of President Maithripala Sirisena with PM Wickremesinghe went to the extent of preparing a draft constitution fielded by the constituent assembly. But it never saw the light of the day perhaps because both the President and PM had their own political agenda. Considering this background, President Wickremesinghe’s deadline for resolving the Tamil issue by February 4, 2023, seems unrealistic. However, the President appeared to be making the right moves – all party conferences, palaver with the leaders of Tamil, Muslim, and likeminded leaders of other political parties. He has opened offices in Vavuniya and Mannar to keep his ear to the grind wheel.

But the President must reckon with the elephant in the room – the Sinhala Buddhist rural masses. They need to be convinced that the Tamil issue is the priority when the whole country is locked in the struggle for survival. Can President Wickremesinghe convince them to resolve the four decade long ethnic issue eating into the vitals of Sri Lanka? Only time will tell. 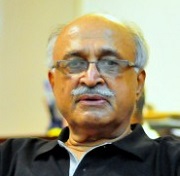