Energy prices have shot up in recent months, but recent mild weather in UK and over Europe, according to The Guardian, is driving down wholesale gas prices. The milder conditions have reduced demand for heating and have contributed efforts by the Government, Business and particularly households, to cut their energy consumption and their bills.

Norway has helped the effort in UK to fill gas storage facilities with Liquefied Natural Gas (LNG) to reduce dependence on Russian gas.

Consolation for the hard pressed

The question on the minds of consumers is that if wholesale gas prices is sustained, consumers could reap benefits in a few months.

Britain has averted power cuts during one week of sub-zero cold snap in December 2022, without emergency measures. The rationale is that energy suppliers typically buy their Gas and Electricity in advance allowing them to fix some of their costs. This means wholesale price rises and falls are not immediately passed on to consumers. But, we cannot read much into this optimism.

How much have prices fallen?

On Wednesday, 4 January 2023, Gas price closed at 155p/per therm compared with 200p/per therm at start of the Russian invasion of Ukraine.

Oil prices as the pumps have also come down with Brent crude $150 per barrel. But, this is no argument for delay of imposition of a “Windfall Tax” on oil companies. However, according to Exxon Mobil, such a tax would result in lower investment in fossil fuel extraction. What about Climate Change?

With the dawn of the New Year, mortgage rates which have increased exponentially over the past 12 months, peaked around 6.65% after previous Chancellor Kwarteng Mini Budget, have since come down to below 6% – 5.99% for a two year fixed mortgage and 5.78% for a 5 year fixed mortgage, When you consider a year ago in January 2022, it is miniscule.

What is the New Year tweaking?

“What goes up, must come down,” is a phrase often quoted by politicians, around the world. But just the other day, Halifax research has revealed that over the past 40 odd years house prices have gone sky high, making it impossible for young people wanting to get on to the property ladder in UK.

The days of owning a property in UK is beyond the reach of many who are unable to save enough in their working career to place the required 10% deposit for a house mortgage. The new mantra is “Shared Ownership” rather than outright mortgage.

The days of thinking of an Englishman’s home as his castle, is long over. Over the past years there has been a staggering +974% in house price increase seen since 1983.

Thus, while at present there is a drop in house prices in London due to cost of living pressures driven by higher food and energy cost, when viewed through a historical lens, a 10% or even a 15% drop over the next few months, would only represent a minor blip. House and Flats prices in London, in my opinion, would never ever reach a drop of more than 5% as house building has never met demand. We would very soon be competing with Europe, to be a nation of renters, not owners of property.

Writing About a Joy That Invades Jenin

Israel calls its latest military campaign Operation Break the Wave, a lyrical description of a brutal reality. This year, 2023, will be the seventy-fifth

The abuse of the concept of “populism”

ALL regimes based on class antagonism require a discourse to legitimise class oppression and this discourse in turn requires a vocabulary of its own. 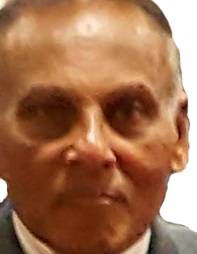 Writing About a Joy That Invades Jenin