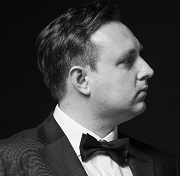 Tom Fowdy is a well-seasoned writer and analyst with a large portfolio related to China topics, especially in the field of politics, international relations and more. He graduated with an Msc. in Chinese Studies from Oxford University in 2018.

Over the weekend, a baseless story, created by Falun Gong linked twitter accounts, went viral on twitter. Without any evidence whatsoever, the rumour stated that there had been an internal coup in China and the Chinese leader was under house arrest, citing an out-of-context video clip of military vehicles in an unspecified location. Despite the fact that the story was complete nonsense in every aspect, it was still widely shared throughout the platform and even trending. Several mainstream media outlets, including CNBC and Newsweek, even reported on the phenomenon. To anyone with a serious knowledge of China, the experience of this saga was, to say the least, frustrating.

But it shouldn’t surprise anyone. This might be the most explicit example of such, but it is by no means the first completely fake story about China that has gone viral on social media, rather it is just one of many that regularly occur. Western audiences are frequently indulged in sporadic fake news and misinformation across social media when it comes to China, exposing their lack of basic knowledge, quick prejudices and critical thinking on the subject. Western media and governments like to try and frame China’s own government as a source of misinformation, but the reality is in fact the exact opposite.

To understand how such fake news proliferates, without going into detail on the various groups and organizations responsible, we should take a look at a neighbouring country as an example: North Korea. Although it is of course an extreme example given its isolation from the outside world and much smaller scope, it is nonetheless a pivotal demonstration of how a country that is poorly understood by the west, abjectly demonized and vilified, and of course, few objective and impartial sources of information exist, becomes a breeding ground for absurd, unverified and even ludicrous rumours which would never fulfil basic standards of reporting for anything in the west itself.

In fact, western audiences literally believed that Kim Jong-un died in 2020, that everyone had to “get his haircut”, that they pretended to win the world cup in 2014, that people get executed for the most minor of misdemeanours and so on. There is no serious fact-checking mechanism whatsoever, which makes the country an easy target for low-information threshold tabloid journalism which exploits the country’s seeming absurdity for readers and clicks. This has only been more deeply compounded in the social media era. When it comes to such countries, western audiences will truly believe anything.

China of course, is a different case altogether but also has many similarities. Despite the fact that it has the world’s largest population and it is otherwise deeply integrated into the world, its government nonetheless becomes a useful target for conspiracy-led reporting due to its opacity and the perceived “secret” nature of the country, which although not like the DPRK, nonetheless attracts western cynicism and prejudice. This has always been present, yet it has got aptly worse with the open US and media-led demonization of the country and media campaign against it which sought to openly frame it as culpable for things such as Covid. The Anti-China agenda has legitimated and emboldened, deliberately often, the spreaders of misinformation, on a much, much larger scale.

As a result, social media has become filled with such falsehoods. Clips out of context purporting to show covid situations in China have often been sporadic, such as claims people are being “welded in their homes”, as well as false material depicting the apparent torture or mistreatment of the Uyghur minority. In 2019, I remember an English person sharing an out-of-context clip of an African child crying, the claim attached to the video was that he was “being forced to learn Chinese”. It was completely false, yet it is just one of many disturbing examples.

Although social media companies often claim they now oppose “misinformation” and even crack down on accounts purporting to push the narratives of China or Russia, they tend to give rumour-mongering accounts against designated enemy countries a free reign to spread misinformation, which has on many occasions been amplified by leading public figures. Likewise, posts on Chinese social media itself, such as Weibo, are frequently cherrypicked in order to frame very specific narratives to portray the country in a bad light.

In conclusion, this farce of a non-existent “coup” is annoying, stupid and ridiculous to anyone who has insight into the topic, but for the public at large, it is a believable and plausible event stemming from an entire misinformation machine dedicated to smearing China wherever possible. It demonstrates the gullible nature of the western public when it comes to understanding these topics, and shows in turn how easy it is for them to be manipulated by even the most obvious falsehoods, let alone the more crafted and sophisticated fakery of the mainstream media at large.