The English have an Indian Prime Minister. The Mayor of the British Capital City is Sadiq Khan, a Pakistani. Will there always be an England?

British Prime Minister Rishi Sunak hosted a Diwali reception at 10 Downing Street, marking the return of Lord Rama from exile according to the Hindu scripture. Sunak said: “I will do everything I can in this job to build a Britain where our children and our grandchildren can light their Diyas.” Perhaps this will be an improvement. At least Hindus recognize the struggle between good and evil.

Apparently there won’t be a New Zealand for much longer. The government is considering changing the name of the country to Aotearoa and to replacing the names of all towns, cities, and places by 2026 with Maori names, despite the fact that only 3% of New Zealanders can speak the Maori language.

Similar developments are occurring in the US, Germany, France, Italy. As the West thinks so little of itself, what is the West defending with its nuclear weapons? 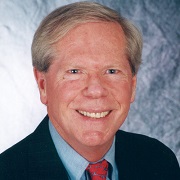