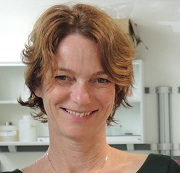 Deborah Barsky is a researcher at the Catalan Institute of Human Paleoecology and Social Evolution and associate professor at the Rovira i Virgili University in Tarragona, Spain, with the Open University of Catalonia (UOC). She is the author of Human Prehistory: Exploring the Past to Understand the Future (Cambridge University Press, 2022).

We live in a fast-moving, technology-dominated era. Happiness is fleeting, and everything is replaceable or disposable. It is understandable that people are drawn to a utopian vision. Many find refuge in the concept of a “return” to an idealized past—one in which humans were not so numerous, and animals abounded; when the Earth was still clean and pure, and when our ties to nature were unviolated.

But this raises the question: Is this nothing more than a utopian vision? Can we pinpoint a time in our evolutionary trajectory when we wandered from the path of empathy, of compassion and respect for one another and for all forms of life? Or are we nihilistically the victims of our own natural tendencies, and must we continue to live reckless lifestyles, no matter the outcome?

Studying human prehistory enables people to see the world through a long-term lens—across which we can discern tendencies and patterns that can only be identified over time. By adopting an evolutionary outlook, it becomes possible to explain when, how, and why specific human traits and behaviors emerged.

The particularity of human prehistory is that there are no written records, and so we must try to answer our questions using the scant information provided for us by the archeological record.

The Oldowan era that began in East Africa can be seen as the start of a process that would eventually lead to the massive technosocial database that humanity now embraces and that continues to expand ever further in each successive generation, in a spiral of exponential technological and social creativity. The first recognizable Oldowan tool kits start appearing 2.6 million years ago; they contain large pounding implements, alongside small sharp-edged flakes that were certainly useful for, among other things, obtaining viscera and meat resources from animals that were scavenged as hominins (humans and their close extinct ancestors) competed with other large carnivores present in their environments. As hominins began to expand their technological know-how, successful resourcing of such protein-rich food was ideal for feeding the developing and energy-expensive brain.

Stone tool production—and its associated behaviors—grew ever more complex, eventually requiring relatively heavy investments into teaching these technologies to successfully pass them onward into each successive generation. This, in turn, established the foundations for the highly beneficial process of cumulative learning that became coupled with symbolic thought processes such as language, ultimately favoring our capacity for exponential development.

This had huge implications, for example, in terms of the first inklings of what we call “tradition”—ways to make and do things—that are indeed the very building blocks of culture. Underpinning this process, neuroscientific experiments carried out to study the brain synapses and areas involved during toolmaking processes show that at least some basic forms of language were likely needed in order to communicate the technologies required to manufacture the more complex tools of the Acheulian age that commenced in Africa about 1.75 million years ago. Researchers have demonstrated that the areas of the brain activated during toolmaking are the same as those employed for abstract thought processes, including language and volumetric planning.

When we talk about the Acheulian, we are referring to a hugely dense cultural phenomenon occurring in Africa and Eurasia that lasted some 1.4 million years. While it cannot be considered a homogenous occurrence, it does entail a number of behavioral and technosocial elements that prehistorians agree tie it together as a sort of unit.

Globally, the Acheulian technocomplex coincides generally with the appearance of the relatively large-brained hominins attributed to Homo erectus and the African Homo ergaster, as well as Homo heidelbergensis, a wide-ranging hominin identified in Eurasia and known to have successfully adapted to relatively colder climatic conditions. Indeed, it was during the Acheulian that hominins developed fire-making technologies and that the first hearths appear in some sites (especially caves) that also show indications of seasonal or cyclical patterns of use.

In terms of stone tool technologies, Acheulian hominins moved from the nonstandardized tool kits of the Oldowan to innovate new ways to shape stone tools that involved comparatively complex volumetric concepts. This allowed them to produce a wide variety of preconceived flake formats that they proceeded to modify into a range of standardized tool types. Conceptually, this is very significant because it implies that for the first time, stone was being modeled to fit with a predetermined mental image. The bifacial and bilateral symmetry of the emblematic Acheulian tear-shaped handaxes is especially exemplary of this particular hallmark.

The Acheulian archeological record also bears witness to a whole new range of artifacts that were manufactured according to a fixed set of technological notions and newly acquired abilities. To endure, this toolmaking know-how needed to be shared by way of ever more composite and communicative modes of teaching.

We also know that Acheulian hominins were highly mobile since we often find rocks in their tool kits that were imported from considerable distances away. Importantly, as we move through time and space, we observe that some of the tool making techniques actually show special features that can be linked to specific regional contexts. Furthermore, population densities increased significantly throughout the period associated with the later Acheulian phenomenon—roughly from around 1 million to 350,000 years ago—likely as a result of these technological achievements.

Beyond toolmaking, other social and behavioral revolutions are attributed to Acheulian hominins. Fire-making, whose significance as a transformative technosocial tool cannot be overstated, as well as other accomplishments, signal the attainment of new thresholds that were to hugely transform the lives of Acheulian peoples and their descendants. For example, Acheulian sites with evidence of species-specific hunting expeditions and systematized butchery indicate sophisticated organizational capacities and certainly also suggest that these hominins mastered at least some form of gestural—and probably also linguistic—communication.

All of these abilities acquired over thousands of years by Acheulian peoples enabled them not only to settle into new lands situated, for example, in higher latitudes, but also to overcome seasonal climatic stresses and so to thrive within a relatively restricted geographical range. While they were certainly nomadic, they established home-base type living areas to which they returned on a cyclical basis. Thus, the combined phenomena of more standardized and complex culture and regional lifeways led these ancient populations to carve out identities even as they developed idiosyncratic technosocial behaviors that gave them a sense of “belonging” to a particular social unit—living within a definable geographical area. This was the land in which they ranged and into which they deposited their dead (intentional human burials are presently only recognized to have occurred onward from the Middle Paleolithic). To me, the Acheulian represents the first major cultural revolution known to humankind.

So I suggest that it was during the Acheulian era that increased cultural complexity led the peoples of the world to see each other as somehow different, based on variances in their material culture. In the later Acheulian especially, as nomadic groups began to return cyclically to the same dwelling areas, land-linked identities formed that I propose were foundational to the first culturally based geographical borders. Through time, humanity gave more and more credence to such constructs, deepening their significance. This would eventually lead to the founding of modern nationalistic sentiments that presently consolidate identity-based disparity, finally contributing to justifying geographic inequality of wealth and power.

Many of the tough questions about human nature are more easily understood through the prism of prehistory, even as we make new discoveries. Take, for instance, the question of where the modern practice of organized violence emerged from.

Human prehistory, as backed by science, has now clearly demonstrated that there is no basis for dividing peoples based on biological or anatomical aspects and that warlike behaviors involving large numbers of peoples, today having virtually global effects on all human lives, are based on constructed imaginary ideologies. Geographical boundaries, identity-based beliefs, and religion are some of the conceptual constructs commonly used in our world to justify such behaviors. In addition, competition buttressed by concepts of identity is now being accentuated due to the potential and real scarcity of resources resulting from population density, consumptive lifestyles, and now also accelerated climate change.

On the question of whether or not the emergence of warlike behavior was an inevitable outcome, we must observe such tendencies from an evolutionary standpoint. Like other genetic and even technological traits, the human capacity for massive violence exists as a potential response that remains latent within our species until triggered by particular exterior factors. Of course, this species-specific response mode also corresponds with our degree of technological readiness that has enabled us to create the tools of massive destruction that we so aptly manipulate today.

Hierarchized societies formed and evolved throughout the Middle and Late Pleistocene when a range of hominins coevolved with anatomically modern humans that we now know appeared in Africa as early as 300,000 years ago. During the Holocene Epoch, human links to specific regional areas were strengthened even further by the sedentary lifestyles that developed into the Neolithic period, as did the inclination to protect the resources amassed in this context. We can conjecture the emergence of a wide range of sociocultural situations that would have arisen once increasing numbers of individuals were arranged into the larger social units permitted by the capacity to produce, store, and save sizable quantities of foodstuffs and other kinds of goods.

Even among other animals, including primates, increased population densities result in competitive behaviors. In this scenario, that disposition would have been intensified by the idea of accumulated goods belonging, as it were, to the social unit that produced them.

Bringing technology into play, we can clearly see how humans began to transform their know-how into ingenious tools for performing different acts of warfare. In the oldest tool kits known to humankind going back millions of years, we cannot clearly identify any artifacts that appear adequate to be used for large-scale violence. We don’t have evidence of organized violence until millions of years after we started developing tools and intensively modifying the environments around us. As we amplified the land-linked identity-based facet of our social lives, so did we continue to develop ever more efficient technological and social solutions that would increase our capacity for large-scale warfare.

If we can understand how these behaviors emerged, then we can also use our technological skills to get to the root of these problems and employ all we have learned to finally take a better hold of the reins of our future.