Today is 16 December. It is our Victory Day. This is a day of celebration for us all in Bangladesh!In memory of our Victory Day of 16 December 1971, our fallen heroes who left us in the heart and in the lungs, this round ember of pure love, that I try to rekindle with my poor means, with each breath. We will one day disappear, but let’s swing like feathers before we merge into the ground.

Bangladesh is a land of countless festivals, in stride with the cycle of the seasons. These proceed with sowing and harvesting and around them have grown legends, most of them portraying the victory of good over evil. Joy Bangla (meaning victory to Bengal). Joy Bangabandhu. Joy Bangladesh, we love you. Joy our valiant and patriotic people who fought with the cruel Pakistani military junta and their local henchmen for establishing Bangladesh in the 1971 war. We salute those heroic people of Bangladesh who were brutally murdered by the evil forces of the Pakistani establishment.

We have lost in nostalgia for those horrible months of 1971 and are now enjoying the sunshine of our independence on this bright morning. Victory Day is Bangladesh’s most important secular holiday and a key element of the national identity, reflecting the nation’s enormous sufferings and honouring millions of victims of the bloody hell 1971 war, but we also wish to speak about the need today to fight global terrorism and cooperate with other nations to do that.

Victory Day is a public holiday in Bangladesh. In a remarkable feat of historical memory, today it is a vast torrent that fills the streets of every Bangladesh city. Yet, it is hard to deny the sheer weight of public enthusiasm on display, with whole families walking together to honour their ancestors, generating a mood that seems both sombre and festive. It is something for parents to do with their children, generation after generation. About three million Bangladesh people died and much of the country was devastated, leaving almost no family untouched. The anti-Pakistani victory is a great source of pride for our people, and legitimacy for our state, at a time when there is quite a lot of uncertainty. So, the idea is to take every opportunity to celebrate it.

This year’s Victory Day will commemorate the 49th anniversary of the capitulation of the Pakistani regime. Victory Day is comparable is like to Memorial Day in Bangladesh, and dedicated to the commemoration of all who died during our glorious Liberation War in 1971. Both are typically marked with parades and the visiting of memorials and cemeteries. For us, it can be canonised as the “Great Patriotic War” in Bangladesh — can in terms of mythological importance be compared to D-Day for Americans? Both events have left unforgettable imprints in the psyches of the respective societies.

While paying dues to fallen heroes is commended around the world, Victory Day in Bangladesh has increasingly become a manifestation of our people’s supreme sacrifices in 1971. Victory Day marks the decisive battle during the 1971 War of Independence in which our people defeated Pakistani forces who sought to re-assert control over our sacred land. Although it marks an important historical battle, the annual military parade also commemorates and recognises the contributions of all our people in their fight to gain and retain our independence.

Victory Day is celebrated all over the country. We hope the people of Bangladesh celebrate the end of Pakistani domination on us and remember those who stood by us in those times when Pakistan’s Army and their local accomplices were knocking at our doors, bombing our places into oblivion and killing millions of our people with no mercy in their hearts. The veterans also say that even though those horrible days are long gone, they should never be forgotten, adding that unfortunately, our world has changed from true patriotism to mollification.

The people bring together people whose near and dear ones fought for the independence of Bangladesh. Thus, we are honouring the memory of heroes who earned this hard-won victory 49 years ago, the war, the deadliest conflict in human history, came to an end as Pakistan’s Instrument of Surrender came into force on 16 December 1971. Almost all people of Bangladesh’s population were caught up in this 9-month-long war. Fireworks will conclude the day of commemoration. The observance of Victory Day is carried annually out to pay respects to the victims and fallen heroes of the war and to give laurels to the surviving veterans.

Long live the cause of freedom! Being a landmark event, people commemorate the patriots who gallantly fought the then-fascist Pakistani troops. It was the shared arduous experience of defending our beloved country that shaped and formed Bangladesh’s modern nation. The memory of the war has become sacred, and, for most people, it is as important as their own birthday. The emergence of Bangladesh has always had a significant place in Bangladesh’s ideology and its importance to its people can be magnified.

With some three million deaths in the fight against the Pakistani military junta and its local confederates, most of Bangladesh’s families experienced personal loss. Victory Day is a public holiday to mark the defeat of the Pakistani enemies by our freedom-loving forces in accompaniment of the Indian people and the Indian Army. The Pakistan Army ceded to the joint command forces of Bangladesh and India on this day 49 years ago. Victory Day is the festival of hope and togetherness. May our life be illuminated with endless prosperity, sparkling happiness and glowing health and that should be our prayers on this gracious occasion. We wish all parts of light in our lives and our dreams come true for a golden Bangladesh.

It is rejoicing that will be when we all see the green and red flag flying atop. We will sing and shout the victory because life is a highway. Righteousness was restored driving away wrongful-nesses; those were the days of great trials of fierce battles, darkness, tanks, bombs, guns and bayonets; still, we were the voice in the desert crying to behold the victorious freedom fighters were coming, riding on the clouds shining like the sun, at the trumpet’s call.

Lift our voices because it is the day of remembrance out of the harrowing hill, salvation will then come to our golden garden.

And those were the days of hell, but our dry bones became as flesh as living, and the time came for rebuilding the devastated country of praise. Bangladesh’s beauty is a merited gift; her departure is unnecessary, and her lips without speaking can write history. Bangabandhu’s call is the one we want to answer for eternity; to speak until no words remain; give until there is nothing to defeat to his submission is life’s greatest victory. The night flower of this heart was like a rainbow, our presence brightened the horizons, but just like the stars disappeared with the daylight.

Our eyes were full of tears once we discovered the beasts ramped on us. The news of the black night of 26 March 1971 blew like a missile in the heat with a fire shooting out from the dark sweltering us, blazing us, leaving the world of our land, all ribbon tied. Dimples and pretty lips, we dropped our world with beauty and tissues fighting back the enemies in full force. Filled with pink ivory issues, this is the way that we felt, we were real… They were killers, they were a disease!  They sat there and shattered our lives. With many of people, you will discover we did not break like glass. Still, we walked in high heels strolling through pink valley skies. With a charm called a Pink Ribbon; – we wore.

Melodic lullabies echo as heartstrings strum secret chords as transcendental images appear. Stargazers are lost for words kaleidoscopic Illuminations paint the sky in an optimistic light. Hope descends in serene silence floating through shadows of the night dancing spirits move to dulcet tunes. Shadows can be seen against the moon. Do you hear our call? To the hallowed ground, we trip hand in hand with a new chapter to embrace in its splendour. Ring out voices on notes sweet and clear. To the universe, our souls will surrender, and fragments of the past spun into flags of freedom. Our Victory March erased from strife away with the racing winds ever so bold singing Golden Bangladesh to hail a new Life on this Victory Day; the lighter the air the higher we climb.

No more the fetid chitterlings to the fading strains of a repetitive tune. Not broken -We rise – We matter. Victory Day celebrations spell a victory for Bangladesh. Joy Bangla and Joy Bangabandhu. Joy Four National Leaders. Joy all Freedom Fighters.

This is the second part of this series. Click here to read the part one To assert, as Mr Sirimanne does, that “From ancient

“Of course, it was, under the law of all civilized peoples, a crime for a man with his bare knuckles to assault another. How 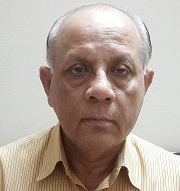