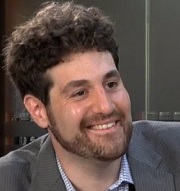 Dr. Pietro A. Shakarian is a Postdoctoral Fellow at the Centre for Historical Research, National Research University–Higher School of Economics in St. Petersburg, Russia.

In the early morning hours of Tuesday, September 13, Azerbaijan launched an aggressive military assault along the borders of the Armenian Republic. Observers of politics in the post-Soviet space may be forgiven for thinking that the center of fighting was the disputed, Armenian-inhabited region of Nagorno-Karabakh (also known as Artsakh by Armenians). In fact, however, the attack targeted several towns and villages within Armenia proper, notably Vardenis near Lake Sevan, Jermuk in the rocky Vayots Dzor province, and the leafy town of Goris in Syunik.

The attack was only the latest in a series of provocations initiated by Baku, with Ankara’s backing, since the conclusion of the 2020 Karabakh war, and especially since the commencement of the Ukraine conflict in February 2022. One might expect there to be renewed hostilities in a face-off involving only Armenia and Azerbaijan. However, these attacks are even more significant, given the fact that Russian forces and peacekeepers have been present in the conflict zone since 2020. Moscow’s reaction to Baku’s brazen bellicosity has so far been restrained, reflecting not only its difficult balancing act between Armenia and Azerbaijan, but also concerns about potentially upsetting political ties with Turkey amid the conflict in Ukraine. However, while restrained for now, Moscow’s patience with Baku and Ankara is wearing thin and will not last forever, especially in the context of the current international situation.

Russia’s historical association with Transcaucasia and its peoples dates back centuries, although its first major political foray into the area was Peter the Great’s Persian Campaign of the 1720s, an intervention involving an alliance with local Georgian and Armenian leaders. The roots of the Karabakh quandary itself are at least just as old. For some, the conflict can be dated back to the late 18th century, with the onset of competing interests between local Armenian princes and Tatar khans. For others, it can be dated to 1917-20, when the upheavals of the Russian Civil War led to ethnic violence in Transcaucasia. A 1919 decision by British interventionist forces left the Mountainous Armenian Karabakh under the control of the newly established Azerbaijan Republic. The British, who entered the fray in opposition to the Reds, were less concerned with ethnic peacebuilding and more interested in seizing the strategic oilfields of Baku. By the time the Bolsheviks managed to Sovietize Transcaucasia in 1920, they encountered a Karabakh that, although majority Armenian, was under the control of Azerbaijani forces. Therefore, as scholar Arsène Saparov reminds us, the eventual Soviet decision to officialize the status of the region as part of Soviet Azerbaijan was intended to be a “quick fix” for a new ruling elite eager to begin work on building a new socialist state. Yet, this “fix” ultimately left both Armenians and Azeris unsatisfied.

The immediate origins of the Karabakh problem date back to the late 1980s, when Karabakh Armenian demands to unify with Soviet Armenia found expression under the banner of Mikhail Gorbachev’s glasnost and perestroika. Peaceful protests in the Armenian capital Yerevan and the Karabakh capital of Stepanakert were soon met with anti-Armenian pogroms in the Azerbaijani industrial town of Sumgait. From there, a vicious cycle of violence ensued, pitting Armenians against Azeris, and Azeris against Armenians. A forceful population exchange traumatized the two communities. By the time of the Soviet dissolution in 1991, the conflict had erupted into a full-scale between Armenia and Azerbaijan. It ended only with a Russian-brokered ceasefire in 1994, leaving Armenian forces in control of most of Mountainous Karabakh, plus seven adjoining districts.

For the next three decades, the situation remained essentially “frozen.” Peace talks between the sides saw limited results and effectively hit a dead end after the failure of the 2001 Key West peace talks. The death of longtime Azerbaijani leader Heydar Aliyev and the ascendancy of his more nationalistic son, Ilham, to the presidency further dimmed the prospects for peace, fueled by massive Azerbaijani arms purchases made with its new oil revenues. Baku’s newfound belligerence found willing allies among the American war party in Washington, which hoped to use the former Soviet republic as a NATO-backed “bridgehead” across the Caspian, and to undermine Russian influence in energy-rich post-Soviet Central Asia.

However, aside from periodic ceasefire violations, the situation in Karabakh remained relatively stable. Only the 2016 “four-day” war seemed to allude to the challenges that were to come. Russia’s position toward the region during this period was to preserve its influence and maintain regional stability for the sake of its state security. To that end, Russian Foreign Minister Sergei Lavrov advanced the so-called “Lavrov Plan,” advocating the return of certain districts to Azerbaijan (excluding Kelbajar and Lachin) as well as the introduction of Russian peacekeeping forces in the region. However, neither Yerevan nor Baku ultimately accepted it.

Turkey’s intervention in the Caucasus in the 2020 Karabakh War changed the entire dynamic. Ankara tested the waters for such an intervention with its staunch support of Baku in 2016. However, it was the 2020 Karabakh war that increased Turkey’s influence in the Caucasus considerably, with an eye to enhancing its influence in post-Soviet Central Asia, at the expense of Moscow. Although Russia managed to secure entry of its peacekeepers into the Karabakh conflict zone at the end of the war, the new presence of Turkey now meant that it had to balance its traditional interests with actively combating the expansion of Turkish influence in the region. At the same time, it sought to avoid a direct entanglement with Ankara.

In practice, the Russian peacekeeping presence in Mountainous Karabakh should have acted as a guarantor for regional stability, deterring the prospect of renewed hostilities. Indeed, the idea behind the peacekeeping mission reflected the logic of the earlier Lavrov Plan, i.e., that Russian troops would be able to stabilize the Armenian-Azerbaijani frontlines in a way that the Armenian forces never fully could. Although the presence of Russian troops initially acted as a strong deterrent to renewed clashes, the peacekeeping mission ultimately failed to provide the lasting stabilization that was envisaged by policymakers in Moscow. The reasons stemmed partially from the greatly diminished territorial size of the self-proclaimed Artsakh-Karabakh Republic as a result of the 2020 war, combined with the limited number of Russian peacekeepers. The loss of the strategic districts of Kelbajar and Lachin (which were envisioned as remaining under Karabakh Armenian control in the original Lavrov Plan) also meant that the peacekeeping mission’s physical connection to the Russian forces in Armenia was severely curtailed and limited to a single road, the Lachin corridor, which itself has recently become an object of dispute.

In addition, the outcome of the war destroyed any remaining balance that existed between the two sides, hindering Moscow’s ability to navigate the diplomatic waters between Baku and Yerevan. Armenia was catapulted into a state of political crisis, centered on its combative Prime Minister Nikol Pashinyan and his opponents. Meanwhile, Azerbaijan, with Ankara’s blessing, went on a “victory high,” and rather than content itself with its gains and pursue peace, sought to press its advantage by snatching up small strategic border territories in clashes with Yerevan. The Russian leadership foresaw the potential for even more provocations and flare-ups from Baku after the start of the 2022 conflict in Ukraine. Therefore, on the eve of the conflict, Putin met with Aliyev to bolster state-to-state relations. However, these steps failed to incentivize Baku from ceasing its attacks. Indeed, the attacks on Armenia and Mountainous Karabakh only increased soon after the conflict commenced, despite the Russian presence.

Meanwhile, some Azerbaijani analysts, channeling classic Caucasian bravado, began boasting that Baku had become the “leading great power” of the region and that it could easily defeat Russia in a war. Although it is highly doubtful that Azeri troops will ever march on Moscow, the fact that Azeri public intellectuals started speaking in this manner did not go unnoticed in the Kremlin, reflecting the fact that Baku’s hubris was reaching unacceptable levels. Some Russian observers even perceived Baku’s latest attacks as part of another Western-led effort to provoke a “second front” of the Ukraine conflict in Transcaucasia, something that neighbouring Georgia has strongly refused to do in Abkhazia and South Ossetia.

Limited in scope and territorial control and faced with constant provocations from an Ankara-allied Azerbaijan, the Russian peacekeeping mission has been hamstrung in its ability to perform its basic mandate—to provide security for the civilian population, as well as greater stability in the region. Politically for now, Moscow has focused on quick and quiet diplomatic resolutions to put out the fires that periodically erupt between Baku and Yerevan, an approach that is informed largely by its effort to avoid antagonizing Turkey. However, the reality remains that Ankara’s growing influence in the Caucasus and Azerbaijan’s unrestrained bellicosity fundamentally contradict Russia’s long-term strategic interests in the region. For now, the Kremlin has opted to tiptoe around Turkey, but as in Ukraine, the time will come when its patience becomes exhausted, and it will have to turn to tougher and more decisive measures against provocations in Karabakh.

Already, the more conservative focus on quiet diplomacy is beginning to appear incongruent with the challenges facing both Russian peacekeepers and Armenian civilians on the ground. It is also starting to undermine Moscow’s soft power in the region. The more aggressive the Azerbaijani attacks and the more reserved the Russian reactions, the more that Armenian civilians will begin to see Russia as being an unreliable ally, thus lending credence to pro-Western Armenians who wish to see the back of the Russians. Eroding public perceptions of Russia in Armenia, along with the perceived inaction of the Russian peacekeepers, were especially highlighted by the recent visit of U.S. House Speaker Nancy Pelosi to Yerevan. Indeed, although Pelosi’s move will not realistically provide the Armenian people with any tangible security benefits, it was politically calculated to antagonize Moscow, just as her visit to Taiwan was politically calculated to antagonize Beijing.

Overall, the current situation surrounding Mountainous Karabakh has profound security implications for Moscow that are arguably just as serious as those in Ukraine. From the Kremlin’s perspective, if NATO-allied Turkey comes to dominate the Caucasus, they will also dominate Central Asia, and suddenly NATO’s influence will be felt as far as the Altai mountains. Such a scenario is naturally intolerable for Russia, and the fears over security along its southern parameter undoubtedly informed its swift reaction to the events in Kazakhstan in January, dealing a blow to Ankara’s post-Soviet ambitions. These same concerns continue to fuel anxiety in the Kremlin over the border clashes between Kyrgyzstan and Tajikistan in the past week. Indeed, in Eurasia, Russia seems left with few easy decisions, but at some point, it will be forced to get tough in the Caucasus. Like a bear defending its territory, Moscow will not hesitate to defend its vital national security interests. The Russians are a patient people, but their patience is not infinite.

This article was produced by Globetrotter in partnership with the American Committee for U.S.-Russia Accord.

A German-China-Russia triangle on Ukraine

The US Secretary of State Antony Blinken probably thought that in his self-appointed role as the world’s policeman, it was